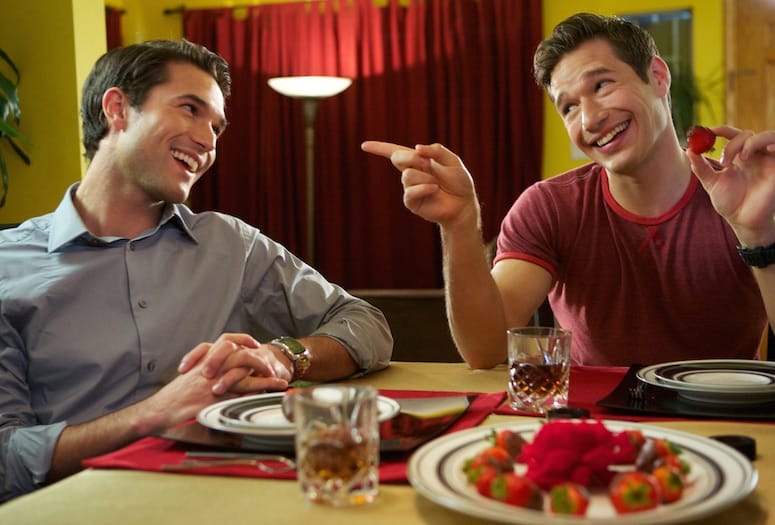 Writer-producer-director JC Calciano returns to the Camelot Theatre on Aug. 28 to screen his most recent film, The 10 Year Plan, a story of two single men in their 20s who make a vow to get together if they’re still unattached a decade later. Calciano’s next project, Steam Room Stories: The Movie, will make its Palm Springs premiere at Cinema Diverse: The Palm Springs LGBTQ Film Festival in Setember.

Palm Springs Life spoke to the director about both projects and more.

Congrats on the upcoming screening in Palm Springs.

Thank you. I’m super flattered and excited for this opportunity. It’s such a great theater, and the audience is always so wonderfully receptive.

How did The 10 Year Plan come about?

It’s based on my two best friends. And it’s very close to reality. In fact, almost everything that happens in the movie — with the exception of the happy ending — actually happened.

Interesting that it fit so well into the romantic comedy genre, even with the inevitable chase-down at the end.

That was the funny thing. When I was thinking about something to write, this was happening at that same time. Both friends came to me and said, “I hope the other one forgot about our plan.” And I thought, This is actually a perfect romantic comedy.

You said the true story didn’t have a happy ending. What happened?

In real life, the Brody character met somebody else and the Myles character is still single. 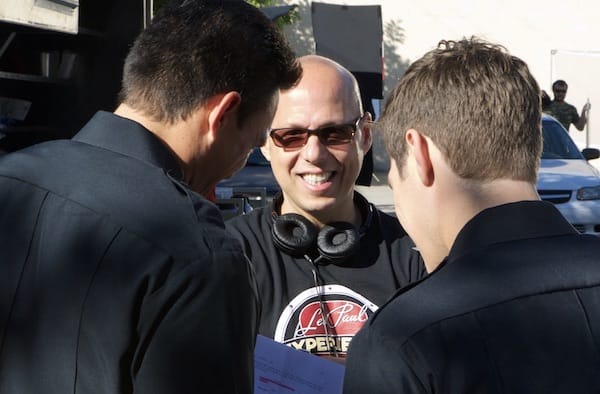 Can you tell me about your writing process?

Ideas usually come to me when I’m not writing. I’m forever sending myself texts and emails and jotting down notes on pieces of paper. It’s almost like the story is living in my subconscious, and as it comes together I jot it down and put the puzzle together from there.

Up next is Steam Room Stories: The Movie, which is based on a successful web series. Where did the original idea for that originate?

I wanted to do something, but I didn’t have any money. All I had was a fog machine. So, I said, “What can I do with a fog machine and nothing else?” I went to Target and I found a shower curtain that looked like tiles. I taped it to the wall, I put a coffee table in front of it with the fog machine nearby. What’s better than hot guys in towels? I thought. I’ll get a couple of good looking actors in here, and I’ll write a sketch for them and see if it’s funny. So, I put a couple of them together, put them on YouTube, and all of a sudden, it blew up with views. 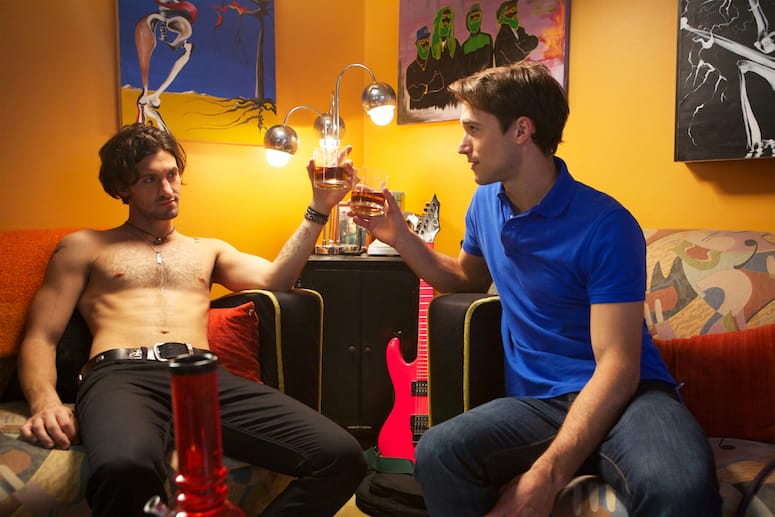 Adam Bucci as Hunter toasts with Jack Turner, who plays Myles in The 10 Year Plan.

The movie stars Traci Lords. Do you think she’s a gay icon?

Yes, I do. In addition to her being a strong and beautiful woman, which always appeals to the gay community, she has a sense of humor and is associated with camp, which we understand better than anybody. I think all these things really bring her into what this community embraces.

I do. I don’t know which actors are gay when they come in. I can’t ask and I don’t care. People show up [for auditions] and whoever is the best person who looks the part, regardless of their sexuality, gets the job. If I can only hire gay actors, it would be really limiting.

What can we expect from the event in Palm Springs?

I’m coming out with one of the actors, Adam Bucci who plays Hunter. We hope to meet the fans, answer questions. I’m going to bring DVDs of the movie and have those for people who are interested. We’re also going to show a sneak peek of Steam Room Stories to entice people to come to Cinema Diverse. I just love to meet people and hear their stories, because they might just turn into a future movie for me.

Check out Steam Room Stories: The Movie on Sept. 21 as part of Cinema Diverse: The Palm Springs LGBTQ Film Festival, Sept. 19-22 at the Cultural Center. cinemadiverse.org