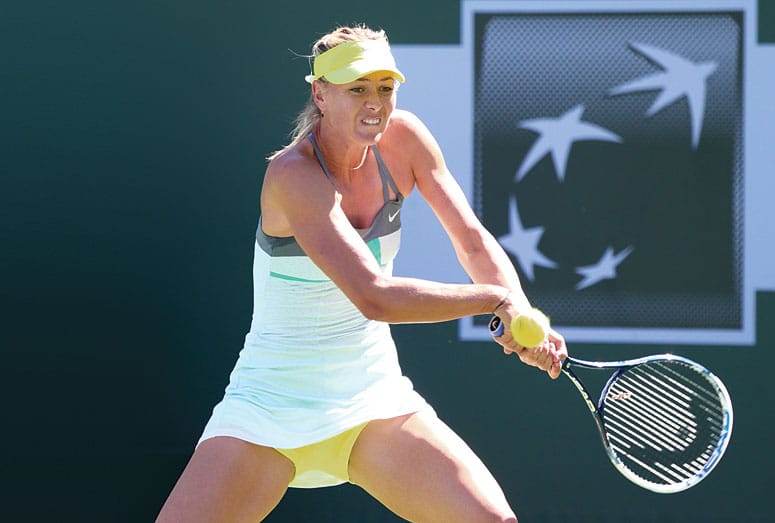 The Hard Rock Hotel, Humana Challenge, and Coachella Valley Music and Arts Festival helped fuel Coachella Valley’s meteoric rise into international renown, but it may be Indian Wells Tennis Garden’s latest expansion, including an 8,000-seat stadium, that rockets the area into the resort-destination stratosphere.

Like a concrete-and-steel butterfly emerging from an inspired cocoon, Stadium 2 rose from the desert in less than a year’s time, cementing the BNP Paribas Open — the fifth largest tournament in the world after the celebrated Grand Slams (U.S. Open, French Open, Australian Open, and Wimbledon) — as an undisputed monarch among professional tennis events.

“It definitely furthers our goal of becoming as big and successful as we possibly can, but doing it the right way,” says Steve Simon, BNP Paribas Open tournament director, during a January interview in his onsite office. Outside, workers and staff buzz about the grounds in preparation for the annual event, which kicks off March 1 with the McEnroe Challenge for Charity — an exhibition match presented by Esurance pitting against one another tennis legends John McEnroe, Jim Courier, Peter Fleming, and Rick Leach.

“The basis for the site expansions and overhaul is to have the proper infrastructure in place so that as we grow, the experience isn’t being diminished,” Simon says. “We don’t want people standing in line for 20 minutes to use the restroom or half an hour to get a Coke.”

“There was a lot of thought put into how we’re going to design this,” says Jody Watkins, president and CEO of Watkins Construction. “We brought everyone into the room — subs [sub contractors], architects, designers, engineers — and told them we have to work together. And we did.”

Some of the infrastructure necessary to facilitate an aggressive construction schedule, such as moving the water, sewer, electrical, and telecommunication mains out of the perimeter so workers could dig, took place prior to the 2013 tournament.

Watkins, who helped build the Main Stadium before starting his own firm in 2004, also credits the desert community and local government with expediting the project successfully. “The City of Indian Wells has got to be the best city I’ve ever worked with,” he says. “They are pro-development and have always been a partner in this.” When Watkins worked on the Main Stadium construction crew from 1998 to 2000, he wore a shirt indicating such and remembers people on the street inquiring about the progress. “It’s the same way now,” he says. “My team gets stopped in stores and asked how Stadium 2 is coming.”

While the new stadium adopts some of the proven features of the Main Stadium — architecture, sight lines, general shape, and entry points — the overall vibe is different. At half the size of its predecessor, Stadium 2 provides a much more intimate ambiance. “We wanted to bring people closer to the court, so we built [Stadium 2] in a cantilever format, putting you right on top of the action,” Simon says.

Another significant distinction is a trio of gourmet restaurants ringing Stadium 2’s top tier instead of the individual suites found in the Main Stadium. “We now have a dining experience that anyone can enjoy, not just certain ticketholders,” Simon says. The renowned Japanese restaurant Nobu anchors the epicurean trifecta, which includes desert favorites Piero’s PizzaVino and The Chop House. Spectators can savor Japanese fare with a South American slant, traditional Neapolitan-style pizza, or prime-aged steaks and California fresh cuisine while watching the most elite players in the sport battle it out on the court below. A 19,000-square-foot shade structure, full-service bar sponsored by Tommy Bahama, concession stations offering a variety of food choices, and an enticing patio all invite cocktails, relaxation, or a picnic in full appreciation of the Santa Rosa Mountains.

The addition of Stadium 2 brings the total number of match courts in play during the tournament to nine: Two permanent stadium courts and seven courts outfitted with grandstands that can accommodate between 750 to 6,000, depending on the venue. “They’re all individual stadia formats, and they’re all individual experiences,” Simon says.

Dedicated seating around practice courts and an open grassy area near the west entrance where the pros play soccer or exercise during their off-court time offers a rare treat for players and fans not found at other major tour events. “By building bleachers around the soccer field, we allow fans to see players in their more personal world,” Simon explains. “And the players love it! They love the fan interaction. We’re fortunate that we have the space to allocate.”

With 54 acres inside the gates to work with, space is an assured luxury for the tournament, and the tournament team plans to continue growing attendance, revenue, status, and the infrastructure and enhancements to support expansion.

But when the final ball is struck and die-hard tennis fans reluctantly leave the grounds, it’s all about the experience, Simon notes. “It’s more than just the competition on the court; it’s the whole package.”