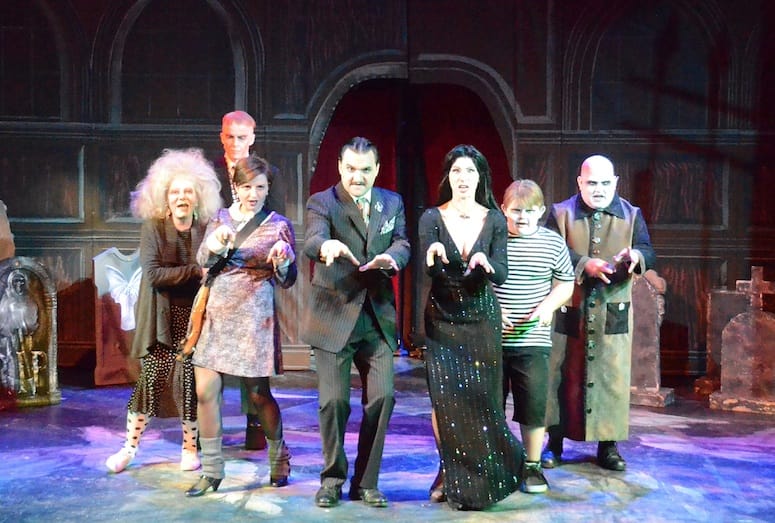 The play runs through Nov. 1.

Although the ghoulish family came to life in the 1960s television series, the characters in the Broadway musical are based on Charles Addams' singlepane macabre cartoons – the genesis of the wonderfully weird family.

The original story by Marshall Brickman and Rick Elice, creators of Jersey Boys, is every father's nightmare. Wednesday Addams, played by Rachel  Saiz, is all grown up, and has fallen in love with a smart young man from a respectable family. Before she dares to introduce her new beau to the family, Wednesday confides in her father, the wealthy, endlessly enthusiastic Gomez, played by Stanton Morales, to keep this secret from his beloved wife, Morticia. TFester, played by Jakob Samples, sings The Moon and Me.

Gomez has never kept anything from the woman he has undying love for, and so ensues the horrific highjinx at 0001 Cemetery Lane.

Although a fairly new musical, The Addams Family already has fans falling for Uncle Festor*s ballad, The Moon and Me, and snapping their fingers to the family's theme song, When You're a Addams. Music and lyrics are by Andrew Lippa, winner of the Drama Desk Award.

The Addams Family is directed by Shafik Wahhab, a newcomer to PCT. He has directed several shows in Los Angeles.