BNP Paribas | The Ball Is In 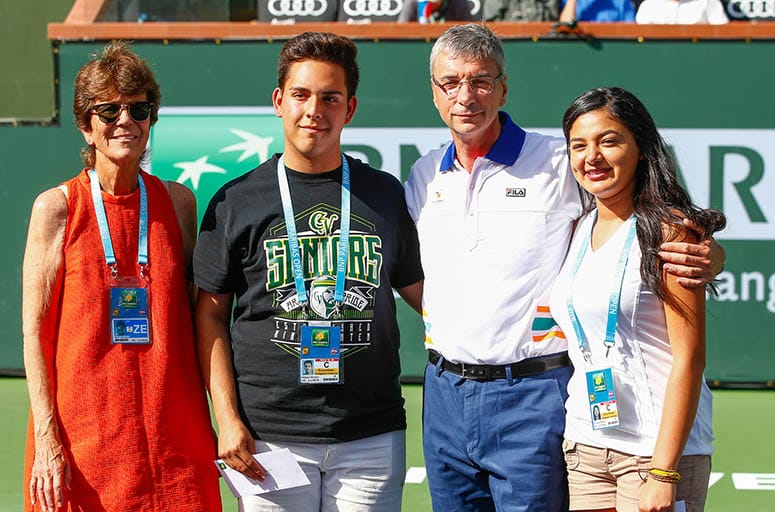 One question always lurks in the back of Jean-Yves Fillion’s mind: “How can we be more meaningful?” asks the CEO of North America for BNP Paribas, the French multinational bank whose influence on the world of tennis is magnifique.

From the day the 2016 champions of the BNP Open were crowned at the Indian Wells Tennis Garden, tournament organizers started planning for next year, which is no easy task when that involves 6,000 people.

The event brings an economic impact of nearly $375 million to Indian Wells, creates 4,500 jobs, and attracts 1,200 volunteers from all over the country. BNP Paribas has been its sponsor since 2009.

Fillion and BNP Paribas are hands-on sponsors for one of the country’s top sporting events. This year’s tournament drew more than 438,000 spectators, but BNP’s approach to sponsorship isn’t just about global corporate visibility and branding, it’s about building relationships in the community.

BNP Paribas is the No. 1 sponsor of professional tennis. Its relationship with tennis began in 1973, with the French Open at Roland Garros Stadium in Paris. Since then, the bank has leveraged its global profile for business and sporting interests. It’s a big fish in a big pond.

“We are just trying to be who we are,” said Fillion during the BNP Paris Open this year. “We go out of our way to express and communicate what we are made of.”

One thing the financial giant is made of, apparently, is a commitment to the next generation, wherever it lives. BNP Paribas awarded two college scholarships to a pair of local students last week at Indian Wells.

It subsidizes a New York City-based tennis academy, and brings young, local fans and potential players to the game. It provides free lessons, clinics, and tournaments throughout the five boroughs.

BNP Paribas is on a mission to spread the tennis gospel, and to that people like John McEnroe and his Fan Academy say “Amen.”

Although it does business internationally, BNP also thinks locally, and last year planted deeper community roots when it opened an Indian Wells branch of Bank of the West, one of the company’s North American properties.

It’s a sum-of-the-parts philosophy, according to Fillion: “It all fits very well in the big picture.”