Individual U.S. investors feel the tumult of the troubled Eurozone 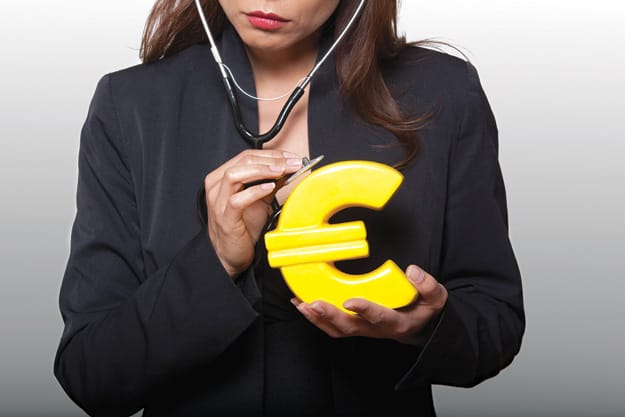 Until recently, when most Americans thought about Greece or Italy, they were planning cruises to the Greek Islands and wine-tasting trips through Tuscany. That changed dramatically when the Eurozone’s debt crisis began affecting U.S. investors.

A similar scenario unfolded the prior week. U.S. markets took a beating as Greece’s economy was crumbling into default. Then Lucas Papademos, former vice president of the European Central Bank, became Greece’s new prime minister, overseeing an interim government, and stocks responded favorably. It was clear to those who understood the global economy that Greece was a symptom of greater problems facing the Eurozone.

Many individual U.S. investors didn’t personally feel the impact of the 24/7 global economy until they experienced the real-time bounce of the recent market.

“I read a lot about the economy. I’ve known for some time Italy was a potential problem. Yet we visited there in September and were reassured when we saw how strong tourism was,” says Ned Roache, the Coachella Valley chapter chairman of SCORE. “The locals were claiming the economy was better because tourism had improved since last year. From what I saw, I think it has to do more with government programs than the economy. I’m a conservative investor with just a small amount of exposure in stocks, yet my portfolio has been impacted even with my conservative investing.”

Brian Amidei, managing director and partner of Hightower Advisors in Palm Desert, explains the Eurozone’s current problems this way: “Not every country in the Eurozone is on the same footing. Within the Eurozone, there is no central government, which I think is the biggest problem, so they can’t print money when they need it.”

Putting together a governing body that could issue new currency could take a few years. That’s time the ailing Eurozone doesn’t have. The 17 Eurozone countries are so closely linked that if one economy falters, a domino effect could follow. If France’s rating is downgraded, U.S. markets could fall even further, because large U.S. banks have exposure by holding French debt. U.S. banking and treasury officials are mum about the amount of debt they’re holding, but estimates range in the many billions.

“We see the U.S. markets trading exclusively on Europe’s problems, and the traditional fundamentals that make sense have gone out the window,” Amidei says.

“We know the U.S. banks don’t have a lot of Greek debt,” says Michelle Gibley, a senior market analyst at Charles Schwab & Co. in Denver. “We also know the French banks hold the largest amount of that debt, and that is where the problem lies.”

Another issue not often spoken about, according to Matthew Tuttle, money manager and author of How Harvard & Yale Beat the Market (John Wiley & Sons, 2009) is “Richer countries who are in good shape economically like Germany balk at bailing out Greece. The Germans feel, ‘We did things the right way, so why should we bail out countries that made mistakes?”

The good news is that Eurozone policymakers are waking up and acknowledging their banks need more capital to withstand losses and continue lending to keep the economies and banking systems up and running.