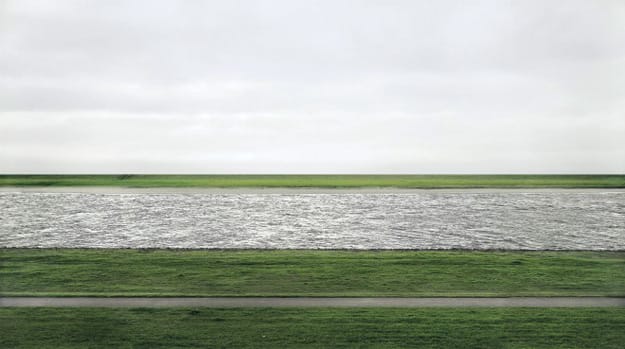 Gursky stitches and manipulates his images, which he prints in unprecedented scale and in very small editions. Gursky made six prints of Rhine II. Four are in museum collections (including MoMA and Tate Modern), and two are in private collections.