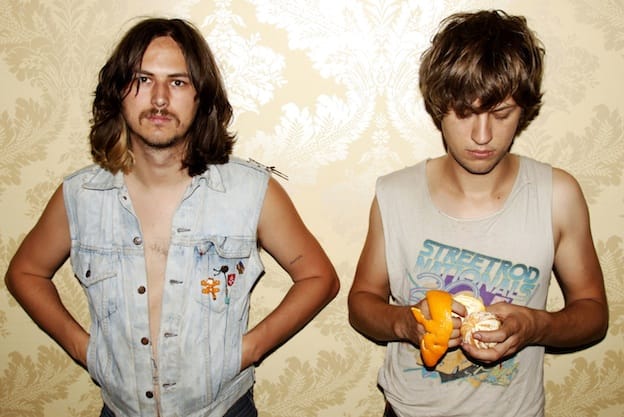 • Nick and Ebony bake muffins with Jake Orrall from the band Jeff the Brotherhood. Jake and his brother Jamin are in the middle of a stateside tour, which has included dates at the Coachella Music and Arts Festival in Indio. Hear what Jake has to say about being in a band with his brother, and where he likes to go when in the Coachella Valley.

• Next, Nick takes you through a rundown of his favorite fro-yo spots in the Greater Palm Springs Area.

• And finally, we review the biopic, Lovelace, which opens at the Camelot theaters in August.

Be sure to join Nick and Ebony next month for the “Back to School” edition of The Cha Cha.

Listen to Ebony and Nick on The Cha Cha.