The Chi Chi Made an Indelible Imprint on Downtown Palm Springs 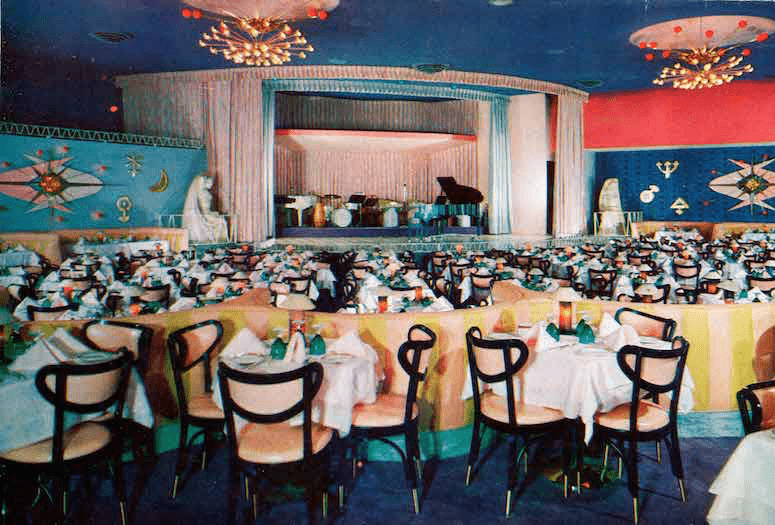 The Chi Chi in Palm Springs was the place to be under Irwin Schuman, who owned it from 1938-61.
PHOTOGRAPH COURTESY OF PALM SPRINGS HISTORICAL SOCIETY

The most significant nightclub in the history of Palm Springs opened in 1936 as Freeman’s Desert Grill. The Desert Grill started as little more than a small bar in an even smaller building.

Freeman’s partner, Irwin Schuman, took it over in 1938. Renaming the place, the Chi Chi, in a cheeky nod to the Tahitian painting of a topless pretty maiden entitled “Hina Rapa.” Shuman produced the image on everything: the advertising for the club, the dinner plates, playing cards, matchbooks and napkins.

The Chi Chi was wildly successful and expanded multiple times. The Starlite Room addition opened in October 1948 with Desi Arnaz and his orchestra performing. The room could seat 750 people. The adjacent Blue Room could seat 250 for dinner.

Schuman was innovative, hiring the first house band in Palm Springs, led by drummer Bill Alexander. Stars were drawn to the venue and notables such as Nat King Cole, Milton Berle, Lena Horne, Ella Fitzgerald, and Louis Armstrong graced the stage. Audience regulars included Bob Hope, Lucille Ball, Jerry Lewis, and Frank Sinatra and were known to sit in with the band, or be invited onto the stage by their friends who were performing.

Schuman sold the Chi Chi in 1961. The sale signaled the beginning of the end. The club changed hands multiple times, was used for a variety of ignominious schemes until it was demolished to make way for the expansion of the Desert Fashion Plaza.

There is a multitude of ways to Explore Palm Springs, which turned 81 in 2019. One of the more intriguing methods is by exploring Palm Springs history.

The Palm Springs Historical Society will share a story whose time and place that often corresponds with today.

• READ NEXT: Looking for More Historically Based Stories? Visit Our History Page for More.