The Cool Kid’s Guide to the TEDActive Conference 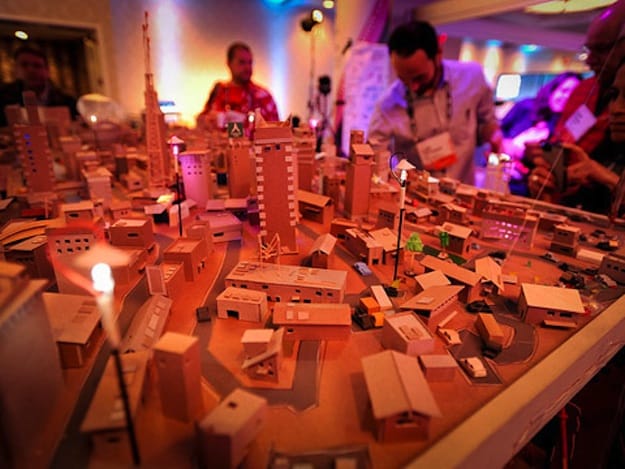 Nerds of the world, unite! It’s your time to rise up and share ideas at TEDActive 2013, set to run Feb. 25 to March 1 at the La Quinta Resort and Club.

This annual think-tank is a great way to meet, network, and show the world your big noggin. For those without the foggiest notion of who or what TED is, I’ll break it down:

In 1984, a group of innovators got together and decided to organize an event that would marry the best in technology, entertainment, and design. In the years since, the late Steve Jobs, Rosie O’Donnell and Bill Gates have attended and/or spoken at the TED. TEDActive is TED’s plucky kid sister, hosting its own community of curious leaders and innovators who will engage in thoughtful conversations about making the world a better place (Translation: a bunch of smart folks will spend a lot of time chatting, exchanging business cards, and staring at their iPads). Woo-hoo!

If you’ve attended or have tickets to this year’s gathering, you’re one of the lucky people. The conference is sold-out (Hey, you didn’t think you were the only smarty-pants in Palm Springs this week, did you?). However, for those of you set to converge on La Quinta, here are the best locations to go for fun and fuel in the area.

+ Is your neck sore? Probably is from having to steady your gigantic brain. Take in the relaxing treatments at Spa La Quinta, 49499 Eisenhower Drive, La Quinta. (760) 777-4800; www.laquintaresort.com. Try the Rose Quartz Facial, or for men, get the Manicure-Pedicure combo. Now you won’t be embarrassed to talk with your hands.

+ Morgan’s in the Desert, 49499 Eisenhower Drive, La Quinta. (760) 564-7600; www.morgansinthedesert.com. Provides some of the tastiest eats the desert has to offer. After all the conferences have concluded, head here for a delicious meal to cap off your productive day. Or sample any number of sumptuous desserts. The Roasted Pumpkin Cheesecake will change your life.

+ While you’re at TedActive, check out Session 2: Beautiful Imperfection from 2:15-4 p.m. Feb. 26. UK Beatbox champion Beardyman will have his moment in the spotlight. If you miss him here, check him out at Coachella 2013 in April.