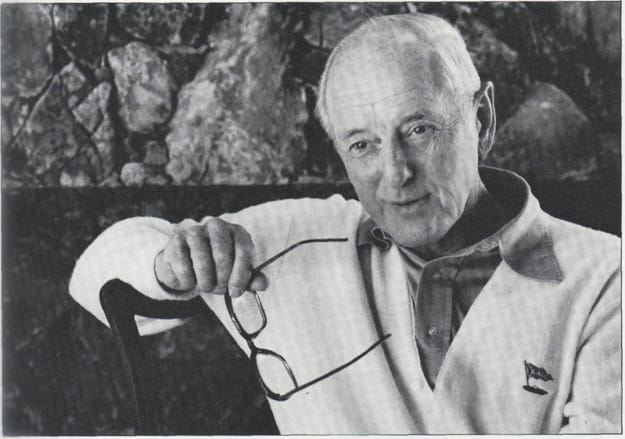 Even someone who wouldn't know a developer from a dirt farmer can't help but respond to the name "Ernest Hahn." In the Coachella Valley you can hardly say "shopping center" without including some reference to the omnipresent Mr. Hahn.

Hahn, the driving force behind Ernest W. Hahn, Inc., will bring the valley its first major regional shopping center in September 1982 — a massive, $75-million, 62-acre complex that will include five major department stores, 130 to 140 small shops catering to all income levels, free offices for non-profit groups, eight theaters, an ice skating rink and many other recreational features.

The project has been under fire by numerous groups almost since its inception — primarily merchants who believe the new center will strain the already limited quota of shoppers.

Hahn believes that rather than compete, the new regional center will pull back all the shoppers who now rely on San Ber-nadino or Riverside and other areas for merchandise that is not available here. It also will provide an incentive for many local residents who rarely shop in Palm Desert and draw in tourists who come to hotels in the Palm Springs area.

"El Paseo, for example," says Hahn, "will be strengthened. There's 14,000 people in Palm Desert to support the stores that are open — never mind the 120 that aren't leased. Just to support these you need a city of 250,000 people."

"The merchants on El Paseo aren't doing business now, so the shopping center is not their problem. We're going to make 14,000 people look like 200,000. When you bring somebody down to shop at a Bullock's store or a May Company, they have the wherewithal to spend some money on El Paseo. We will be the greatest thing since sex for those guys."

You get the feeling, listening to Ernest Hahn, that he knows whereof he speaks.

The man, in fact, could serve as a compendium for any young person dreaming The Great American Dream. He started life as the son of a struggling New York baker of German ancestry and spent his first years in California living in a household where family members grew their own vegetables and kept their own chickens and rabbits.

His business history sparkles with a whole series of uncannily correct decisions, an impeccable sense of timing and a great deal of hard work. His start in development began when he worked as a bank messenger for Jack Northrup before World War II. Northrup invited Hahn to get in on the ground floor of the then-struggling aviation company and Hahn became the 39th employee of Northrup Aviation. He was trained as a cost estimator and studied engineering at night.

Hahn started a general contracting business in 1946 with a high school friend and in 10 years the pair built up the company to the point where it was doing $40 to $45 million worth of construction a year and ranked as one of the largest firms in the Los Angeles area.

The partners separated amicably when Hahn saw the future in shopping centers and commercial development and his partner favored government buildings and schools.

Hahn built his first regional shopping center in Santa Barbara in 1965 — just as the movement toward this type of center was cresting. Shortly afterwards, he gambled the total assets of his company — $400,000 at the time — on a second venture, the Montclair Center.

Since then, the company has built 33 regional centers (of which Ernest W. Hahn, Inc. still owns and operates 25), has 11 more under construction and has 20 in the planning stages.

A more recent foray is into the redevelopment of downtown areas. His projects in this field are scattered all over the country and the company is recognized as one of the largest working in redevelopment.

Another major interest is the rehabilitation of older centers. It has been said that he is effecting sociological changes in society by changing consumer shopping patterns.

One of the areas he has pioneered is the concept that malls should have diverse uses and not be simply "clanging cash registers." Libraries, skating rinks, theaters and many other facilities are included with shops in the mixed-use malls.

Hahn divides his life between seven months at a home at Eldorado Country Club in Indian Wells and the other five months in Rolling Hills Estates along the Palos Verdes Peninsula. While in the desert, he rises at 7 a.m., runs his dogs, swims and then drives over to Bermuda Dunes where his private prop jet is parked. He flies the 20-minute jump to LAX and is in his office in El Segundo 40 minutes after leaving Eldorado.

An unbeatable combination: a home in the desert (which he loves) and a city career (which he also passionately loves).