Three of the four members of The Doobie Brothers — (from left) Tom Johnston, Pat Simmons, and John McFee — jam out during the band's 50th anniversary tour, which makes a stop at Acrisure Arena on Dec. 15.
PHOTOGRAPHY BY JIM TROCCHIO

If you’re looking for a great backstory as to how The Doobie Brothers came upon their name, you’re probably not going to find it. If you Google the question, there is a reference to the band’s affinity for marijuana.

What is true is the name came from a friend, Keith “Dyno” Rosen.

“We were just going to use it for a night,” recalls Pat Simmons, a founding members of The Doobie Brothers. “And call us lazy, which is probably accurate at that point, we just said, ‘To hell, it’s working, let’s keep it.’ And we didn't go that far, to be honest. We didn't discuss it at great length. We just didn't change it.”

More than 50 years later, The Doobie Brothers have passed the test of time, including induction into the Rock & Roll Hall of Fame in 2020 and a 2023 nomination into the Songwriter Hall of Fame. Band members have come and gone during those decades, but Simmons and Tom Johnston were there from the beginning in 1970. Singer and keyboardist Michael McDonald joined in 1975 and stayed until The Doobie Brothers disbanded the first time in 1982, and Johnston left the group for 10 years before rejoining in 1987.

Simmons, Johnston, McDonald, and John McFee, who joined The Doobie Brothers in 1979 and has contributed through the years , form the 50th anniversary tour quartet (although Covid pushed the tour to 2022), which makes a desert stop on Dec. 15 at Acrisure Arena. The Doobie Brothers will be the first band to play in the new 11,000-seat venue.

In a conversation with Palm Springs Life, McDonald, Simmons, and Johnston share their keys to longevity and their new album, Liberté, which desert audiences will hear a few songs from around the classics like China Grove, Listen to the Music, Black Water, and Takin’ It to the Streets, among others. 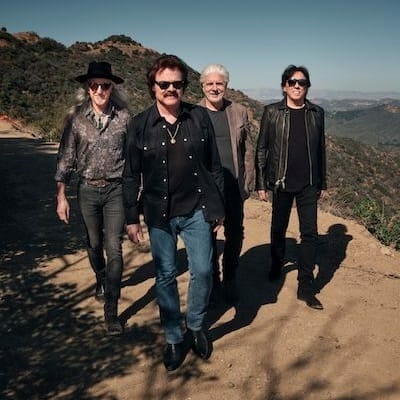 Michael, when you joined the band in 1975, were you actively looking for a new gig or how did that opportunity come about?

Pat really brought me into the fold, I would say. Jeff Baxter, too. Jeff threw my name in the hat as far as guys they might look to hire to cover some of the vocals and keyboard parts. And I don't think they had used the keyboard player live so much up to that point. And so for me, this was a fantastic opportunity on any level. It certainly was more than I was used to making anywhere else. The rest just developed as time went on. And I'm forever grateful to these guys for allowing me to be in the band over the years and contribute, especially contribute songs. That's something I never really dreamed of doing or never really counted on in the first place. I was used to playing for other bands, but I would never dream of playing them my demos or anything, not that I even had any demos at the time. But it was just really the band's generosity that opened the door for me there.

Pat, how did Michael fit in the group at that point and why did it seem like a good addition?

I think we've always been one of those bands that have been open to anybody contributing something that could possibly enhance whatever we were doing at any given time. I think we were involved in recording the album that became Takin’ It to the Streets and we were just mainly experimenting and trying different things. Tom wasn't able to participate as much at that time. And I had worked a few songs. And then I heard a couple of songs that Mike was working on, I think possibly Tiran (Porter) maybe was more instrumental, no pun intended, in bringing Mike in as a songwriter. I think maybe Mike, you have to help me on this, but I believe you guys worked on a demo of maybe Losin' End. Does that sound right?

Michael: Yeah, that's right. Actually, as things randomly happen, Tiran had just installed a studio in his house, like a old 4-track demo studio. And he asked me if I wanted to try it out. I was having dinner over there with him and his significant other at the time. And I said, ‘Sure.’ I really didn't have any idea. We were just jamming and I had this song I had written but I never had demoed it or anything. So we put that down and it was Tiran who played that for Teddy (Templeman, record producer). And then like I said, Pat really encouraged Ted to listen to any other stuff I had at the time. And again, everybody was really generous about inviting me to that part of the process, Ted included, that it was a dream come true. Because in most cases that wouldn’t be the case in any other band I can think of. There were usually the guys who did all the writing and that was it. So it was an incredible opportunity that fell in my lap, really, thanks to these guys. 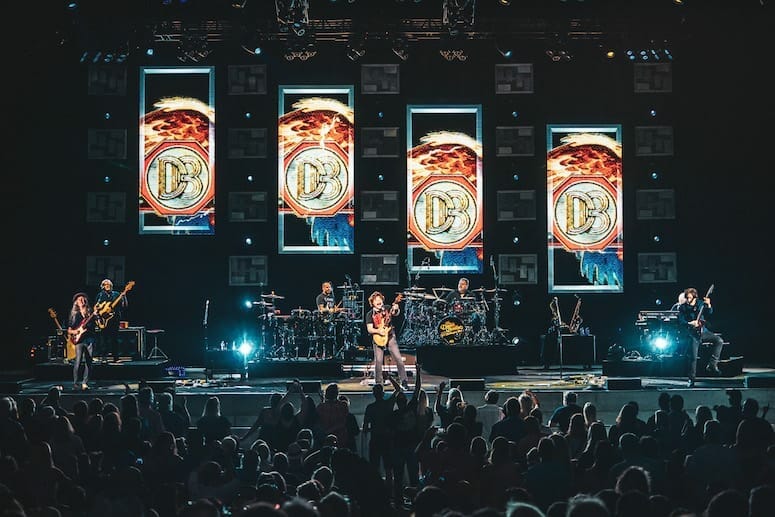 The Doobie Brothers will be the first band to play at the new Acrisure Arena.

You all bring different things to the plate musically and to be able to mesh it and yet still each hold onto the things you do well, it seems like you were about to do both.

Pat: And I think everybody’s had a chance to shine and have that opportunity to feel good about what we’ve done and really, it’s obvious who are great songwriters who connect with the audience. And certainly when we do a project, we, speaking for myself, I'm always looking at Tommy or if Mike’s doing something. I’m looking to those guys because I know they’re good writers and they’re always going to have something good. So for me, I look to them always. But bythe same token, I'm always trying to write something myself and hoping that I can present it and have some fun with it. That's what it’s all about, it’s really about having fun with the music.

Michael: Another good point too is the band always had an eclectic songbook. The band, from the very beginning, long before myself or any of the other guys Pat mentioned came along, The Doobie Brothers were known for taking you on a musical stylistic journey on each of the records. There was everything from a classical rock approach to some songs or country stuff, or instrumentals. It’s always been, to me, a band that’s been fun to play with for that reason. All the songs seem so diverse and different and it makes it the whole show for me much more interesting and I think for the audience, too.

Tom: I would jump in here and say that even back in the beginning, we would come in with an idea and it was never pretty much fleshed out all the way by any means. And in essence, the band would come up with a lot of the meat that needed to be put on the bones of the song. You might have the chord changes and you might have an idea rhythmically, but as far as the bass, drums, Pat would come up with a finger picking part or whatever, it's a group effort a lot, especially in the early part. And most of us wrote alone. We didn't write with somebody else most of the time. So you really didn't have anything to bounce it off of until you took it down, I have to say the basement, because that's what we were working in those days and see what everybody thought. And Teddy, of course, put the shine, if you will, on everything and came up with a lot of great ideas. But it was a group effort of writing and so that's why we had that diversity. 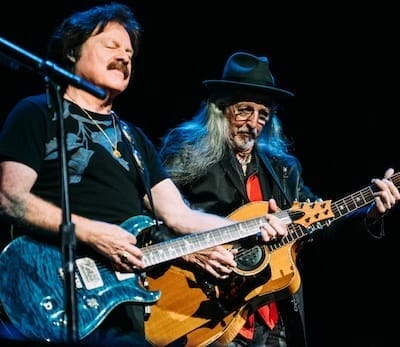 What kind of sound can fans expect from your 15th album, Liberté?

Tom: That was done with John Shanks and I would give him a lot of credit as far as the direction we went. Pat and I came up with ideas to start with, but he had ideas too, and it worked really well. It happened really fast, which was something new and a different way to write. It was fun, really. But it was probably one of the more different albums that we’ve done, musically speaking. And I think we did that whole album... Well, if you throw in COVID, it got stretched out. It’s a pretty different album for us, which is good. I didn’t want do another of the same old. Although I got to say the one that preceded it, World Gone Crazy, was pretty different for this band as well.

Pat: I don't think we’ve ever conceptualized, in terms of as we go in to do a project, I don’t think most musicians do, to be honest with you. I think you write a song or two and you go in and you try to record it and it’s just hoping that you come up with something good. And any concept that evolves from that is simply happenstance in a way, serendipity that, ‘Oh, gosh, all these songs, they worked together. I never would've imagined.’ When we did Toulouse Street, it was like, ‘Oh, wow. Who would’ve thought that this reminds us of a southern rock band?’ We weren't going for that. We were San Francisco psychedelic guys or we thought of ourselves in those terms. And we ended up with this southern blues album. We go, ‘Wow, this is so much cooler than we ever would've imagined.’ I think that we actually coalesced into something that was conceptual and that’s happened on a few records I think of ours. It's really an accident when it happens. I think the producer has something to do with that in terms of setting the tone or setting the mood. But for us, it’s just really sitting down and writing some songs and hoping that we can come up with the material to do a whole album right.

• READ NEXT: The Best Bad Guy in Films, Jasper Cole Makes His Home in the Desert.