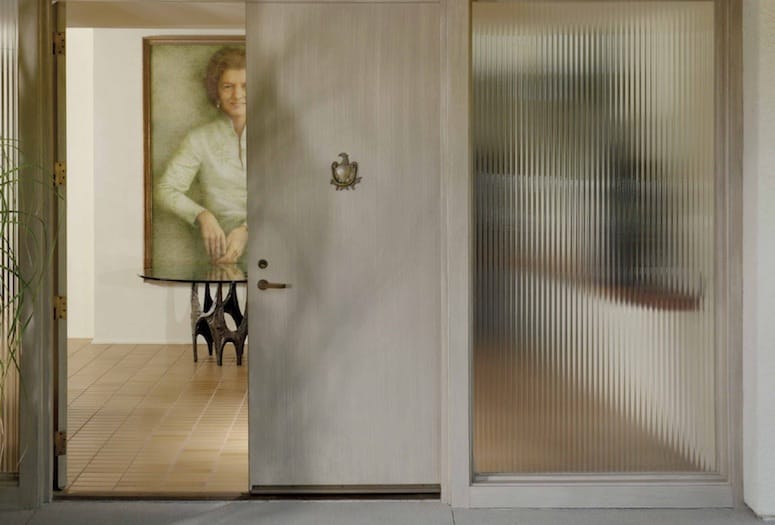 When John McIlwee and Bill Damaschke bought the Rancho Mirage home of the late President Gerald and Betty Ford, they didn’t become the home’s owners. They became its stewards.

It was 1976. President Gerald Ford and his family left Washington, D.C., the White House, and his defeat in the recent presidential elections by populist Democrat Jimmy Carter. It may have seemed inevitable to the rest of the country that the successor to Richard Nixon must necessarily lose the Oval Office, but by all accounts the Fords took the defeat hard. They retreated to the safety and seclusion of Thunderbird Heights in Rancho Mirage and built their retirement dream house.

The rest is well-known local lore. While the president played golf and gin rummy, Betty successfully confronted her demons of addiction and in 1982 founded the Betty Ford Center, a substance-abuse treatment facility. The president passed away in 2006; Betty followed him 5 years later. In January 2012, the Ford heirs put the 6,000-square-foot ranch house on the market. It sold in 11 days. 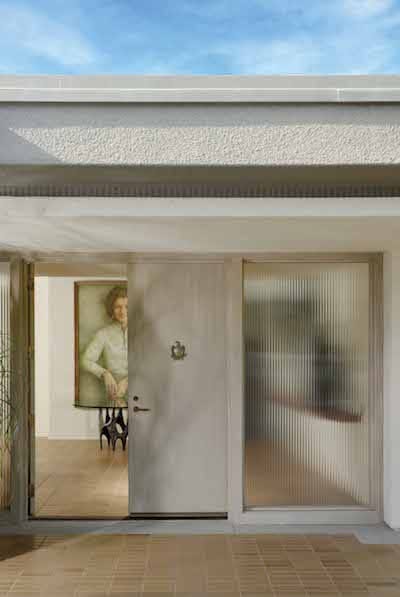 When the Ford heirs saw the care the new owners were taking with the restoration  of the home, they insisted the couple keep the famous portrait of their mother, Betty.

The buyers, John McIlwee and Bill Damaschke, had glimpsed the home previously in 2010 while touring the nearby Firestone estate and it appeared to McIlwee to be “super mysterious and spectacular.” The couple had been looking at homes off and on in the Palm Springs area, but had never seriously considered buying in Rancho Mirage. Two years later, both men simultaneously received emails from a broker friend advising them the Ford estate was for sale. Initially, the couple was intensely curious just to tour the home, though McIlwee admits, “buying  it was definitely in the back of our minds.”

What excited them most (and, fortuitously, turned off other buyers) was that entering the house was like stepping back to 1978. While the 40-year-old furnishings were definitely tired and sagging, everything in the home was original to the vision of the Fords’ architect, Welton Becket and interior designer Laura Mako. McIlwee and Damaschke were uniquely qualified to assume both ownership and responsibility for the legacy of the property.

They’d previously purchased John Lautner’s Garcia house in Los Angeles. The unique, extraordinary hillside home’s original interiors had been obliterated by a succession of owners who (it might be kindly said) had little sense of preservation or respect for Lautner’s vision. McIlwee and Damaschke took the Garcia home almost down to its studs in order to restore and enhance the architect’s original design. 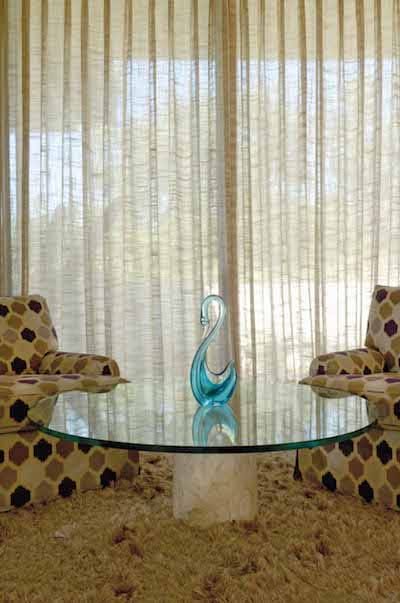 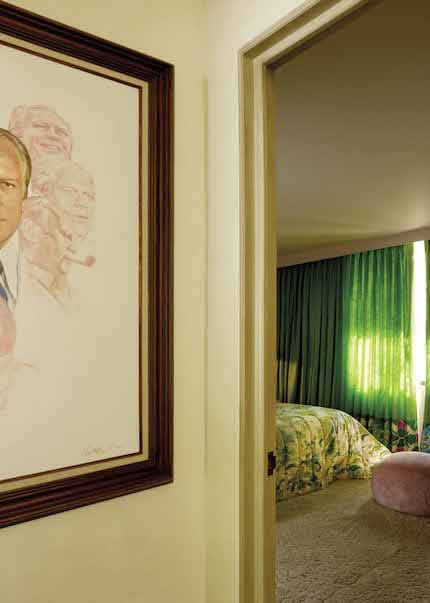 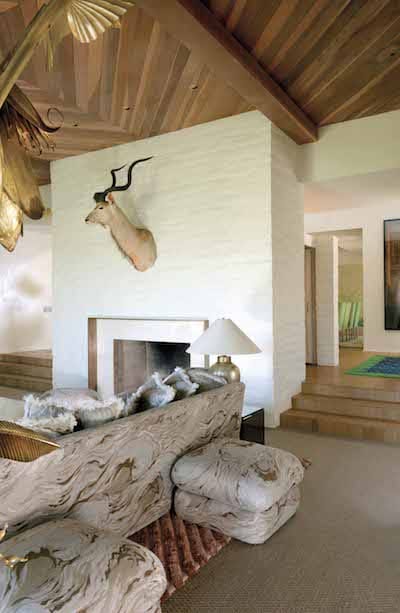 As much as possible, new owners James McIlwee and Bill Damaschke embraced the ’70s aesthetic.

At the same time, the new owners were not slavish to the Ford house’s original expression. Working with designer Darren Brown and the architectural remodeling firm of Marmol Radziner, McIlwee says, “a lot of the remodeling was a process of deconstruction … where we took worn fabrics like the drapes and repurposed them.” Certain rooms like the master bathroom and the kitchen required a full makeover, as did the landscaping. “We realized that certain aspects of the home existed because a president lived here,” he says. “The driveway was deeply lined with hedges and almost seemed kind of sinister. Obviously, it was a security measure. So we just opened all that up.” 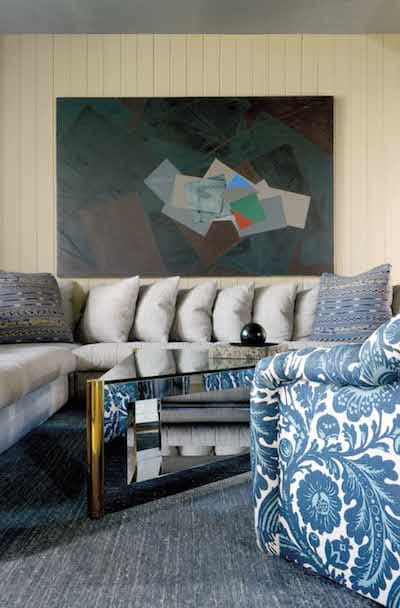 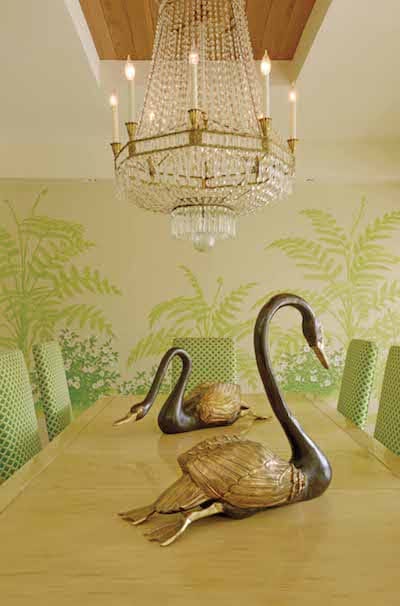 Many of the original furnishings were sagging , so they were deconstructed and repurposed.

McIlwee says they knew immediately that they had to leave the dining room intact because “it was perfect  as it was … why do a thing?” Well,  they tweaked it a bit by adding a 19th-century chandelier and a pair of bronze swans.

While the couple definitely appreciates the midcentury modern aesthetic, they believe the new, unexplored frontier is the underappreciated ’70s and ’80s. A collector of original Patrick Nagel paintings, McIlwee believes the next big trend will be the “full-on Steve Chase” effect.

The one furnishing that did cause some negotiation during the sale was the full-length portrait of Betty Ford. At first, the heirs did not want it included in the sale, but when they understood McIlwee and  Damaschke’s intentions toward the house, they insisted the couple keep it.

They re-hung it in the hallway so it is the first thing you see when you enter the house. “When people enter for the first time, it’s sort of like, ‘Let’s get that subject out of the way,’ ” says McIlwee. “Now, let’s move on.” 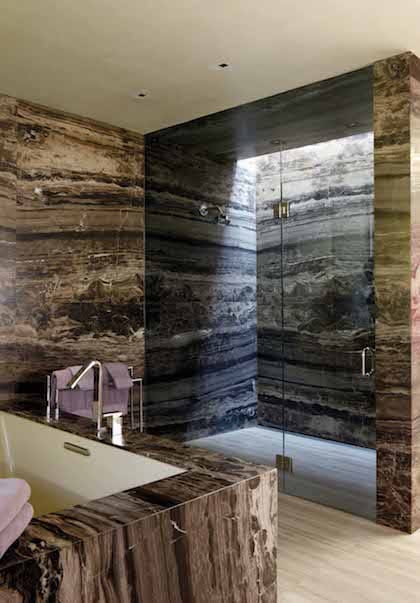 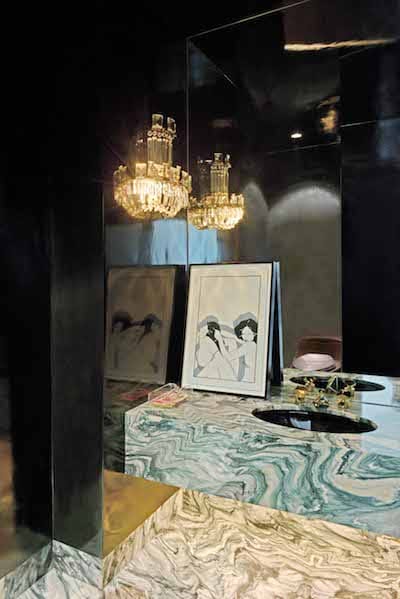 The dining room was kept intact, while the bathrooms required complete updating.