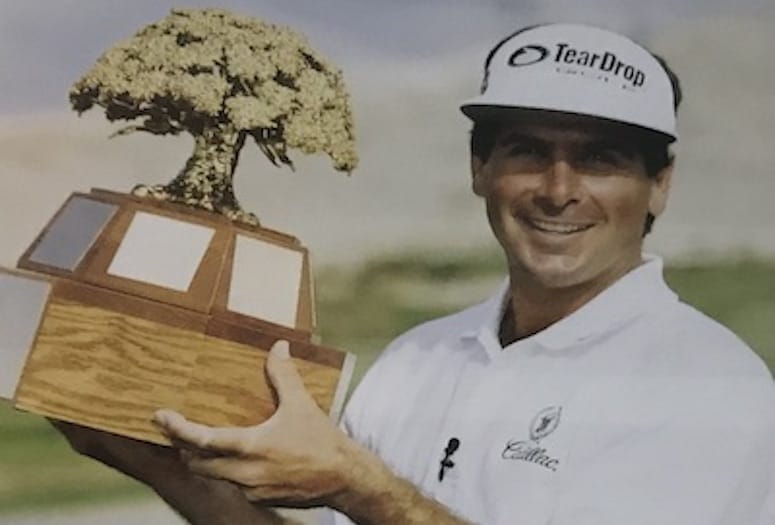 From 1983 to 2008, the “Skins Game” was a hugely popular made-for-TV professional golf spectacular that for a three-year window took place at The Landmark, now called The Golf Club at Terra Lago in Indio.

Some of the biggest names in golf — Jack Nicklaus, Tom Watson, Gary Player, Tiger Woods, Payne Stewart, and Lee Trevino — walked the fairways competing for high-stakes money at the time.

The clock is about to be turned back to that remarkable era, except this time you have a chance to compete in a new version of the Terra Lago Skins Game, “It’s Your Turn to Play”, on April 2. The inaugural edition’s field will be capped at 100 amateurs. To register before the March 31 deadline, call the pro shop at 760-775-2000. The entry fee is $99 per person. 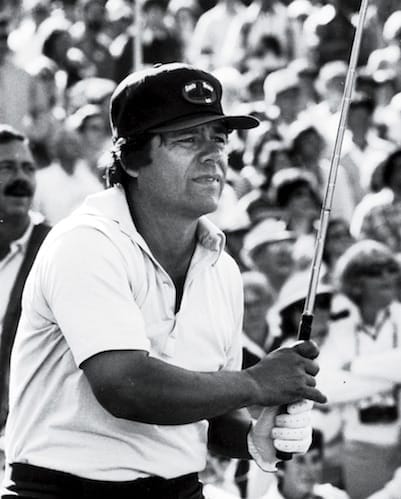 Lee Trevino (above) scored a hole-in-one at the legendary 17th hole at PGA West while Greg Norman earned $1 million in the 2001 "Skins Game". 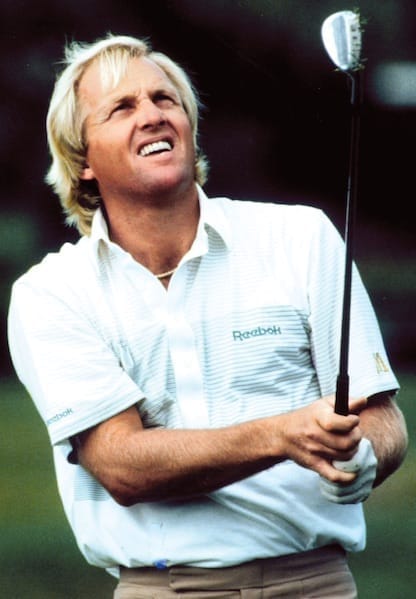 “We just decided that the time is right to bring back an event that’s a proud part of Terra Lago’s history,” says Brian Hulbert, the Terra Lago’s head pro and tournament coordinator.

Memorable photographs lining Terra Lago’s clubhouse walls along with a trophy cabinet capture historic moments of the Skins game. Held Thanksgiving weekend, after the official PGA Tour season ended, the unique format pitted four top players teeing off at a hole with a designated purse for the winner. Low scorer would win the hole, but if two or more golfers tied for low score, the money would carry over to the next hole. Fred Couples became known as “Mr. Skins” after winning nearly $4.5 million in 11 appearances.

Two of the most memorable Skins moments happened in the Coachella Valley. In 1987, Trevino famously aced “Alcatraz,” the intimidating 17th hole, with its island green, on PGA West’s Stadium Course. In 2001 Greg “The Shark” Norman’s scored a $1 million dollar victory over Tiger, Colin Montgomerie, and Jesper Parnevik, sending the trio home empty-handed: he claimed $800,000 on the 17th hole and an additional $200,000 on the second extra hole.

While the dollar signs are smaller than those days, amateurs will still play for $10,000 in purse money broken down into two unisex flights: a pro gross (for players with verified GHIN – golf handicap and information network - of 5 and better ), and Championship Net (players will be given strokes based on a percentage of their verified GHIN).

“If you don’t have GHIN,” Hulbert says, “you can still participate, but only in the Pro Gross flight.” 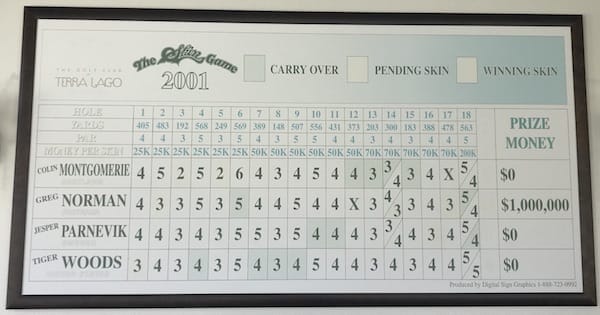 The entry fee includes a “swag bag” and a practice round on the North Course before the event. An official non-playing “marker” will accompany each foursome. Carry-overs will be limited to six holes, with a $300 maximum skin value. And there will also be closest-to-the-pin, longest-drive, and longest-putt competitions for non-monetary prizes such as a new TaylorMade wedge.

A post-tournament barbeque and drinks will be available in the cart-staging area, since Terra Lago’s restaurant is still closed due to the pandemic.

• READ NEXT: Out-of-the-Ordinary Golf Destinations Invite You to Have a Ball.