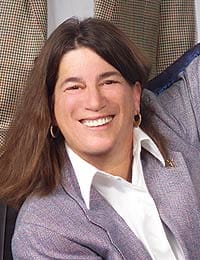 As far as Arlene Rosenthal is concerned, no two men are cut from the same cloth — at least their suits aren’t. The custom clothier recently delivered a sumptuous suit to Palm Springs real estate investor Mark Anton for his appearance as gala co-chair of An Evening Under the Stars, the May 8 fundraiser for AIDS Assistance Program at O’Donnell Golf Course. He tops his midnight-blue tuxedo pants in Super 110’s wool with a royal-blue silk jacquard jacket with midnight blue satin shawl lapel and lining.

“I won’t sell this fabric again,” Rosenthal says. “I try to individualize people, which can be hard when you have so many clients.”

For someone whose sewing skill is limited to buttons, the Palm Springs entrepreneur chose an unlikely business. A substitute teacher in the late 1980s, she “needed an avenue to creativity.” With a sister-in-law who was a custom clothier in San Diego, she opened The Shirt Tale of Palm Springs in 1989. Five years later, she changed the company name to Rosenthal of Palm Springs. “People thought I only made shirts,” she says (she also made pants, suits, and tuxedos).

With the name change came expansion. “I felt women needed services, too,” Rosenthal says. “Most of the custom clothing industry at that time did not want to deal with women.”

When she meets clients, Rosenthal gauges their preferences by asking where they shop or sometimes going into their closets. Half her clients prefer to meet in their homes; the other half — particularly lawyers and bankers — like to meet in their offices for measuring and selection of fabrics.

“The process is different with everybody,” Rosenthal says. “Sometimes somebody wants you in and out. Other times, it’s a long-term relationship.” Either way, she says, “you have to trust them, and they have to trust you, because you’re doing something very intimate.”

She stocks her trunk with fabric swatches from Holland & Sherry (“the Rolls-Royce of fabric” from Scotland and England’s Saville Row), fine Italian fabrics from Ermenegildo Zegna, silks from the Far East, Egyptian long cottons from the banks of the Nile, and more.

Rosenthal carries all the classic designs for men and three design books for women: Valentino, Ungaro, and Carnet — all fashion-forward European lines. “They show pictures and all they have in the back is a black-and-white drawing of the shape,” she says. Tailoring houses on the East Coast and in the Midwest have to make patterns based on her measurements and headless photos of her clients (for anonymity). She works closely with her tailors. “You have to make sure people making the garments know what you are saying,” she says, referring to the pattern drawers. “I work with blue- pencil people who guide me.”

Although her business primarily serves men and women, Rosenthal made one of her trademark tuxedos for a first-birthday photo sitting of Palm Springs philanthropist Jackie Lee Houston’s grandson. Her most fanciful work, however, was a royal blue velvet tunic-caftan lined in red silk with rope buttons for a Hollywood agent to wear to a New Year’s Eve party.

Then there was the white polyester suit with butterfly-collar shirt she made to transform Palm Springs entrepreneur David Peet into a John Travolta dance king for his 40th birthday party. “I had never seen Saturday Night Fever, so I had to rent the video,” Rosenthal says, explaining that she favors foreign films, opera, and jazz.

For the last 11 years, she has served on the Palm Springs Opera Guild board and six years ago became producer of the free Opera in the Park event held each April. She also sits on the AIDS Assistance Program board and is a member of Palm Springs Desert Museum’s Associate Council.