The Herd Follows Donna the Buffalo to Pioneertown 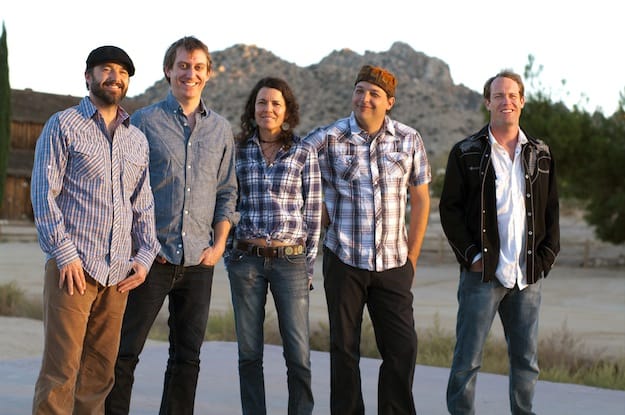 There’s a love affair that musicians have with Pappy & Harriet’s Pioneertown Palace. Just ask Tara Nevins from the band Donna the Buffalo.

“I love the vibe of the place. The people who come there — they obviously love music and they’re interested. They’re just really awake and they are available,” Nevins explains. “When we were there last year, people were throwing down and hanging from the rafters. Pioneertown is gorgeous — Joshua tree has such a great vibe and it seems like such an awesome place to touch down.”

Nevins has been Donna the Buffalo’s vocalist and fiddler for nearly a quarter of a century. That’s no small feat for any union, but for a music group, it’s especially commendable. She, along with founding member Jeb Puryear have taken alt-country and traditional music to a new level with successful results.

Donna the Buffalo’s jet-setting throughout the United States stems from its members living in various parts of the country. Nevins explains that her group’s tight union hasn’t been thwarted by distance or location. The rest of the band includes David McCracken, Kyle Spark and Mark Raudabaugh.

As a matter of fact, Donna the Buffalo has integrated separation into the everyday operations of the band. “We meet at the gigs to rehearse,” she explains. “We practice before we make the records. We’re constantly touring so we also practice while we’re on the road.”

That practice helped Donna the Buffalo recapture its warm, harmonious sound on Tonight, Tomorrow and Yesterday. The disc is a collection of the band’s signature traditional music, boasting Nevins sugary sweet vocals and dance tunes tailor-made for Americana.

Emerging artists and younger groups can also learn a lesson or two from Nevins, who has toured with former Grateful Dead drummer Bill Kreutzmann, and provides some fantastic advice for reaching the milestones that she and her group have achieved.

“Do it yourself as much as possible and don’t count on the outside industry so much,” she says. “You also have to not get caught up in the goal of being world famous, because if that’s all you’re doing, you’re probably going to be pretty disappointed.”