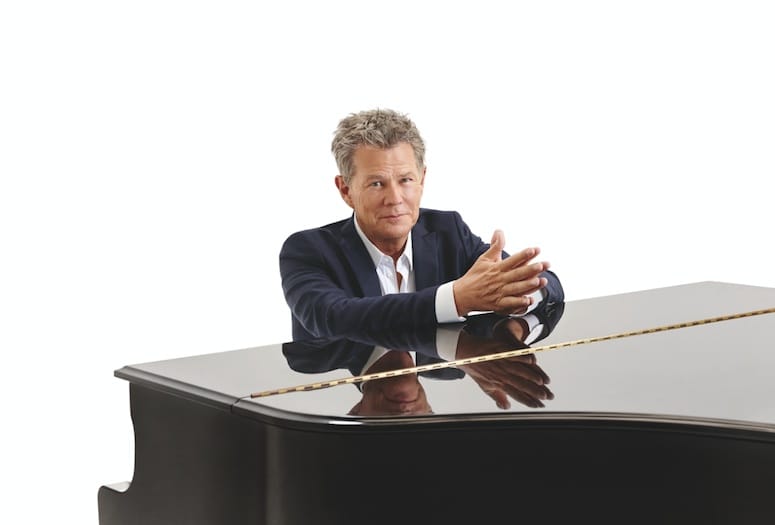 Pianist and music composer David Foster says he visits Palm Springs all the time. "I have a lot of friends who have places there — enough friends, in fact, that I never have to buy a place there myself."
PHOTOS COURTESY OF DAVID FOSTER

Noted producer David Foster is known far and wide as “The Hit Man” — and for many good reasons. His C.V. reads like the veritable mega-hit parade of the last four decades: Earth, Wind & Fire’s After the Love Has Gone, Chicago’s Hard Habit to Break and You’re the Inspiration, Boz Scaggs’ Look What You’ve Done to Me, The Tubes’ She’s a Beauty, and Whitney Houston’s I Have Nothing, to name but a few.

Foster is also an accomplished pianist, composer, songwriter, and arranger who has 16 Grammys to his name — three for Producer of the Year — and yet he remains somewhat modest about his numerous achievements.

“The training I had certainly served me so well,” Foster admits, “but I’m not one of those elitists who says, ‘You have to be a great musician to be a great record producer,’ or even that you have to know how to play. You really only need to have a great love of music.”

David Foster: “The thing I try to do is go through my songs and deliver them myself. Obviously, I can’t have the artists who originally did them there with me, but I have some great singers, and we try to make it interesting.”

That said, Foster realizes his music-background instantly puts him in good standing with so many of the artists he’s worked with over the years — which, besides the top-shelf names mentioned above, also includes George Harrison, Céline Dion, Andrea Bocelli, Josh Groban, and Michael Bublé. “The fact that I was an accomplished musician just helped,” he concedes. “It allowed me to talk to the horn players in Chicago on equal ground, as well as with [late Earth, Wind & Fire founder] Maurice White, who loved to hear me play piano. That inspired me even more, whenever he’d go, ‘Oh, that was great, David — that was great!’”

Foster and his ace band will bring his most memorable material to life Feb. 19 at the Morongo Casino Resort Spa in Cabazon. Palm Springs Life recently got on the line with the always-in-motion Foster — who’s also the current Chairman of the Verve Music Group — to discuss his earliest memories of coming to California from his native Canada, his favorite things to do in Palm Springs, and how you can get up and sing with him onstage at the Morongo show.

PSL:You’re originally from British Columbia, and you first went to Southern California in 1972 with your band Skylark to promote your Top 10 single at the time, Wildflower. What were your first impressions of being here?

David Foster: Yeah, that’s exactly right. Los Angeles was the place I always knew I wanted to be. We all live in different cities, and you just know the city you want to be in once you get there. It just feels right. I had lived in Edmonton, Calgary, Toronto, Vancouver, London, and obviously Victoria, where I grew up, but nothing had felt ‘right’ until I hit LA. But on that very first day I hit LA, I had everything I owned in my entire life stolen!

DF: (chuckles) Yeah! As a music junkie, I looked at the back covers of the albums I had, and I saw all the musicians who played on them lived in Los Angeles. Whatever the New York scene was, I wasn’t aware of it; I only knew about the Los Angeles players. But I wasn’t particularly concentrating on rock music when I got there.

PSL: What were your goals?

DF: I grew up on classical music and I really loved jazz, and that eventually led me to pop music. The Beatles influenced me heavily. I haven’t ever articulated this before, but maybe my passion for working with Chicago and Earth, Wind & Fire was because I was like them in that I had a varied jazz, rock, pop, and classical background, just as those groups did.

PSL: What did you think of the Palm Springs area?

DF: “To me, Palm Springs was the place where Frank Sinatra and Bob Hope and all the big, big, big industry stars hung out — and, back then, it was obviously above my pay grade on every level. (laughs) But I know I trekked out there more than once, and found it to be fascinating. Completely different than Los Angeles — but just as beautiful.

Now, of course, I go there all of the time. I have a lot of friends who have places there — enough friends, in fact, that I never have to buy a place there myself! (both laugh) And I never get tired of that drive. I’ve done it by helicopter, by train, by car, by bus, and by plane — and it never gets tiring.

PSL: What can the audience expect to hear at your upcoming Morongo show?

DF: The thing I try to do is go through my songs and deliver them myself. Obviously, I can’t have the artists who originally did them there with me, but I have some great singers, and we try to make it interesting. We create a little story that runs the gamut throughout my career, and have fun with it.

Also, I go into the audience to see if anybody out there wants to try and sing one of my songs. It’s kind of an old trick now, but I enjoy it.

PSL: Have there been any obscure song requests that you’ve just gone for?

DF: Not really. Usually, we find people in the audience who are happy to sing just the standard stuff. Sometimes, there are actual singers who’ve come there to see if they can get a shot at singing one of my songs, or else it’s somebody who just loves to sing. It’s a lot of fun, and it makes the show more participatory in that way.

Everybody loves the underdog, you know. I’m up there busting my ass for 45 minutes, and then I get somebody up there with me to sing for like 30 seconds, and the place goes crazy, with a standing ovation. And I go, ‘That person didn’t even write that song! I did! Why do they get that response?’ (both laugh)

But, honestly, I always love it when other people win. When other people take the spotlight away from you onstage, like a singer can do — I actually like that. In the long run, it makes me look good. It doesn’t take away from me, so I want my singers to do great. And if people forget that I’m up on that stage, I don’t even care. I want them to be entertained.