The Insider's Guide to Coachella 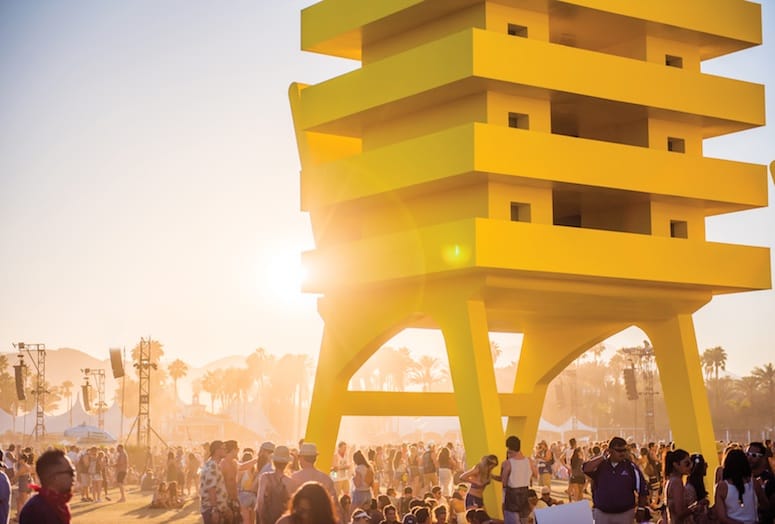 The Coachella lineup is a dizzying, many-headed hydra filled with hidden treasures and dead ends. Spend a few days checking out the bands you haven’t heard of on Soundcloud, Spotify, YouTube, and iTunes, then print out your list of preferred acts and set times. Congratulations, you have a strategy, based in science.

Scalp sunburn is real, even if you have a lustrous head of hair, so the No. 1 item to plan for is a hat. Make sure it’s both a fun and practical hat you will actually wear. It won’t do your noggin any good if you’re just twirling it around in your fingers. Panama hats are always a good choice and pussy hats will probably be big this year. Shades are important too, but bring a cheap pair you don’t mind losing.

If you want to bring a change of clothes for cooler temperatures once the sun goes down, you can stash your things in on-site lockers. Reserve yours online at www.lockersonline.com — they will sell out before the festival. (Side note: If you buy vinyl, don’t stash it in your locker. It will melt.)

2.  Tissues or a small toilet roll in case the port-a-potties run low. Baby wipes for your dusty hands.

3.  Ibuprofen for the crashing dehydration headache.

4.  Benadryl for the dust allergies. 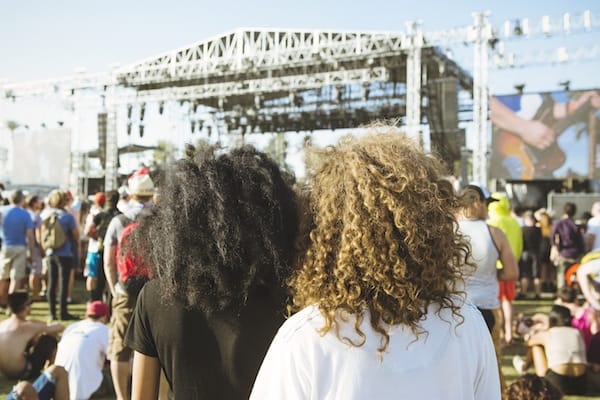 5.  Your best sunglasses have no business being at Coachella.

6.  Be sure to bring your medications in their original bottles, unless you want them confiscated by security.

7.  Earplugs aren’t necessary, but if you’re not interested in throbbing post-festival tinnitus they’re a worthy investment. If you forgot yours, ask the security guards at the side of the stage if they have a free set.

8.  Your phone charger is both your friend and your lifeline. Do not leave home without it. Oh, and sorry ravers — glow sticks are verboten.

The best way to get to Coachella is to buy a shuttle pass. Take an Uber or Lyft to your closest shuttle stop. You’ll get dropped off relatively close to the entrances.

If you drive yourself, you’ll inevitably get stuck in bumper-to-bumper traffic along Jefferson, Madison, and Monroe streets. As far as presidents go, stick to the 19th century. If you find yourself getting more recent than, say, Eisenhower, you’re in the wrong place.

Unless you’re friends with a band and have the highly coveted artist parking pass, you will face the excruciating pit of torture known as Coachella parking. The golden rule: Always mark your position on a car-finder app or write down directions to your vehicle. You will 100 percent forget where you parked. Trust us on this.

Allow two hours between parking and getting inside the festival on day one.

Explore. If you have a VIP wristband, go to the rose garden and the lake! You’ll feel like the kids who got ahold of the keys to the country club.

It’s 5:55 p.m., your favorite band is playing, and you want to get up close. Just remember that there’s an unwritten rule at Coachella that says if you arrive late for the band’s show and try to push your way to the front, you’re a bad person. So, aim to arrive at least a half-hour early for the set (45 minutes early if you’re short). If you manage to reach the stage, let’s hope you’re not wearing open-toe shoes. Your feet will be crushed. And don’t be the person holding up your iPad to film the entire show, blocking the view of those behind. Just don’t.

If you want to drink and watch a band, the general admission beer garden to the right of the main stage allows you to glimpse the performance with your Heineken in hand.

If you forgot where you parked your car — well, we warned you…

You could Uber home, but expect extreme surge pricing after the festival ends to around 3 a.m. Don’t be surprised if the Uber back to your party pad 10 miles away is priced in the vicinity of $250.

If you don’t feel like going home, these are some likely spots to unwind:

•  The pool at the Ace Hotel. The after-party (and use of pool) requires a wristband.
Vista Point on Highway 74. One of the best spots for sunrise … and it’s free.

• The Beer Hunter in La Quinta is a favorite among locals in the service industry. It’s got pool tables and it’s open until 2 a.m.

• Duck into one of the casinos and try your luck to win back some of that money you shelled out in the beer gardens.