The Lavender Scare Chronicles Anti-Gay Purges of the 1950s 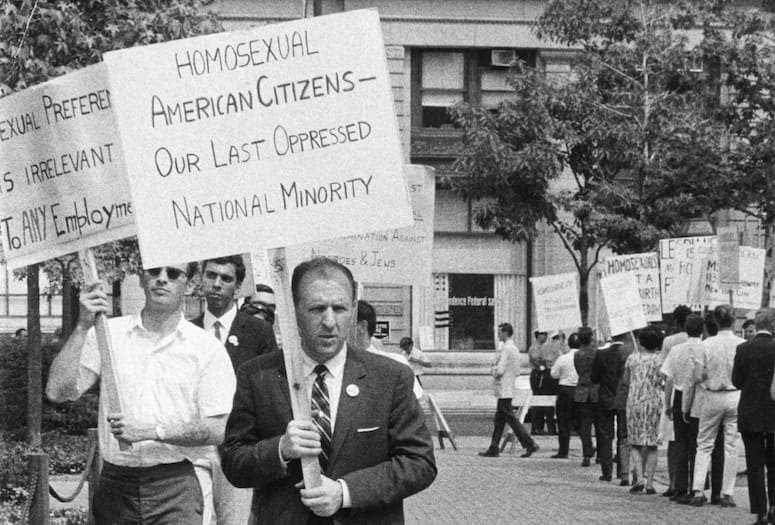 The documentary,  The Lavender Scare, captures a time in America when gay men and lesbians were harassed, humiliated, and hounded from their jobs in the name of national security.

The film will come to Palm Springs for a special screening, Jan. 22, followed by a panel discussion featuring LGBTQ professionals from Greater Palm Springs. Dezart Performs of Palm Springs will host the one-night-only screening at Camelot Theatres at the Palm Springs Cultural Center.

Tickets for the screening are $15 each and will benefit the LGBTQ Center of the Desert and Cinema Diverse: the Palm Springs LGBTQ Film Festival.  A panel discussion will follow the screening featuring Michael Green, founder/artistic director, Palm Springs Cultural Center; Jean-Marie Navetta, director of Learning & Inclusion for PFLAG; Alexis Ortega, director of Community Engagement, LGBTQ Community Center of the Desert, and moderated by David Perry, founder,  Rainbow Honor Walk/ 10% TV. 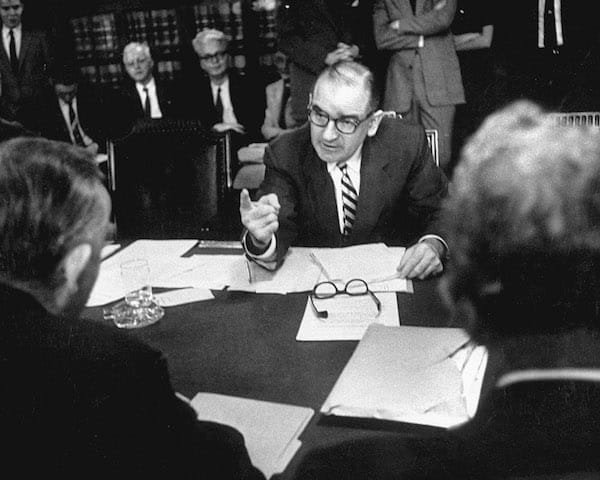 The screening’s timing is not a coincidence. Currently, Dezart Performs is in preparation to stage the play, Perfect Arrangement by Topher Payne. Running Jan. 11 – 20 in Palm Springs, the play deals, in fictionalized form, with the same issues dealt with in Howard’s documentary: the systemic and systematic discrimination of homosexuals in the employment of the United States government.

“In a time when the President of the United States and many states are trying to roll back hard-fought gains for the LGBT Community,” said Michael Shaw, founding artistic director of Dezart Performs. “The Lavender Scare is more pertinent than ever.”

In 1953, President Dwight Eisenhower declared gay men and lesbians to be a threat to the security of the country and therefore unfit for government service. In doing so, he triggered the longest witch hunt in American history.  Over the next four decades, tens of thousands of government workers would lose their jobs for no reason other than their sexual orientation.

However, the actions of the government had an unintended effect.  They inadvertently helped ignite the gay rights movement. In 1957, after thousands had lost their jobs, a Harvard-trained astronomer named Frank Kameny became the first person to fight his dismissal. His attempts to regain his job evolved into a lifelong fight for the rights of LGBT people.

“The Lavender Scare is more than a compelling story of one man’s fight for justice,” says Shaw. “It is a chilling reminder of how easy it can be, during a time of fear and uncertainty, to trample the rights of an entire class of people in the name of patriotism and national security.