6 Greater Palm Springs Hotels Sure to Pamper You 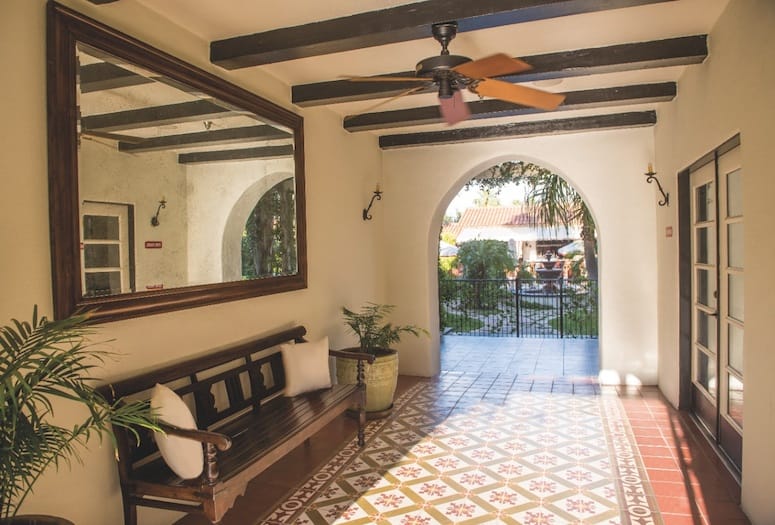 The historic Colony Palms Hotel pays homage to its storied past with a signature cocktail that was once enjoyed by mobsters and celebrities.
PHOTOGRAPHS BY CHRIS MILLER, IMAGINE IMAGERY

In Greater Palm Springs, no two accommodations are alike. Here, independent hoteliers as well as world-renowned chains set themselves apart with colorful backstories, picturesque views, award-winning spas, restaurants, and architecture. When it comes to attractions, these six distinguished stays top our list.

Historic hotels aren’t a rarity in the Coachella Valley, but the mobster- and celebrity-riddled past of the Colony Palms Hotel makes this storied stay particularly intriguing. Opened in the 1930s by Al Wertheimer of Detroit’s Purple Gang, Colony Palms — then called Howard Manor — later became a hot spot for locals like Frank Sinatra and his pack. Today, the hotel’s Purple Palm restaurant pays homage to its mobster roots with the Purple Gang cocktail.

Nestled in a quiet Palm Springs neighborhood away from the bustle of downtown, Korakia Pensione is where Moroccan meets Mediterranean, and where many guests meet to relax and recharge. The soothing ambiance is the real draw, and it comes complete with trickling fountains, cozy daybeds, and an abundance of bougainvillea. Spend a morning at the spa; enjoy an afternoon playing bocce ball, reading a book in a hammock, or swimming; and unwind at night by the crackling fire. 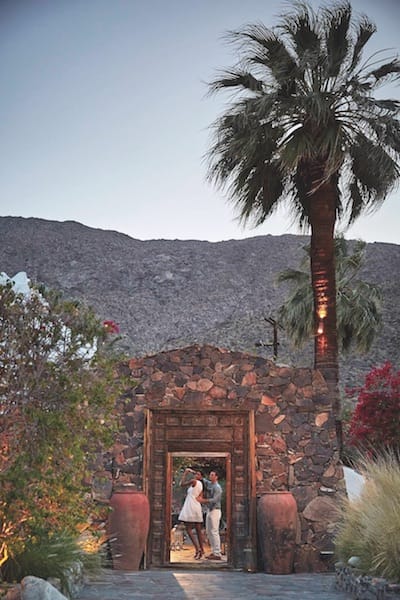 Romance is in the air at  L’Horizon Resort & Spa, where Old Hollywood glamour meets modern Palm Springs for a private rendezvous. Well-appointed bungalows of this 25-room William F. Cody–designed property indulge guests with perks that cater to every whim, including a glass of bubbly at check-in and an ultra-sweet turndown service, plus in-room amenities like luxurious Le Labo bath goodies and a private patio with outdoor shower.

It’s hard to beat a day at The Well Spa at Miramonte Resort and Spa. The Tuscany-inspired retreat experience begins with a moment at the wishing well, where guests are given a penny to set their spa day intentions. Then, it’s off to a private room for a signature service like the Pittura Festa, a colorful mud painting party for two. The relaxation doesn’t end there: Take a dip in one of the private pools or find your zen in the meditation room. 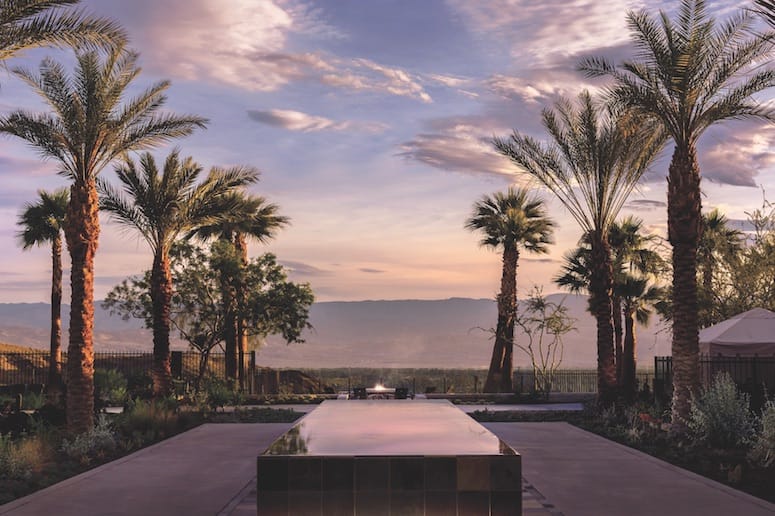 PHOTO COURTESY OF THE RITZ-CARlTON
Perched on a hillside, The Ritz-Carlton, Rancho Mirage doesn’t have a spot on the property that doesn’t offer  a spectacular view.

Rooms With a View

From a cliff-side perch floating 650 feet high in the sky, The Ritz-Carlton, Rancho Mirage offers panoramic views like no other hotel. Nestled in the Santa Rosa mountains, this luxury stay puts sweeping vistas on full display, whether from the dining room of The Edge Steakhouse, the infinity pool, or the rooms with floor-to-ceiling glass windows. Even the spa’s outdoor lounge embraces the natural beauty of this mountainside resort.

Poolside parties are making a splash in Uptown Palm Springs — and the best part is, the public is welcome. At Arrive, the newest modern boutique hotel at the north end of town, everyone is on the guest list, making this place a favorite among locals and visitors alike. Sundays are typically dedicated to this pool-party lifestyle that has become synonymous with the city, while on Thursdays, guests are invited to pull up a lounge chair or floatie for the monthly Dive In movie series.