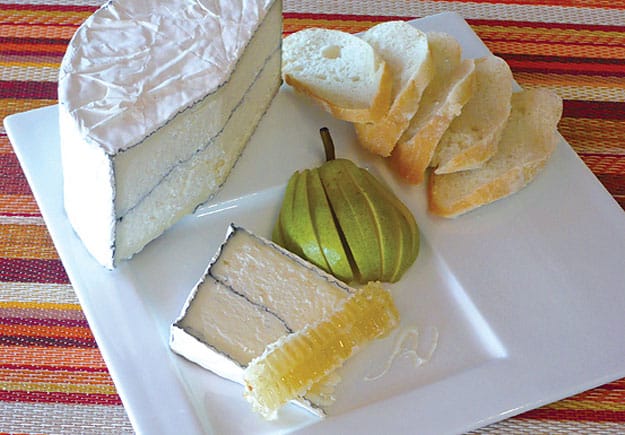 There are many bries, goudas, and cheddars. But there’s only one Humboldt Fog. Among the cognoscenti, this elegant goat’s milk cheese commands attention. And there’s but one maker: Cypress Grove Chevre of Arcata, which has won numerous awards for its artisanal cheeses (Humboldt Fog has won the World Cheese Awards four times, including the past three years in a row).

Humboldt Fog can be recognized through its creamy texture and a stripe of organic vegetable ash that brings layer cake to mind. A pound will run you $20, or you can try it at Café Chocolat in Palm Springs just as Cypress Grove recommends: paired with honeycomb and fresh pear.