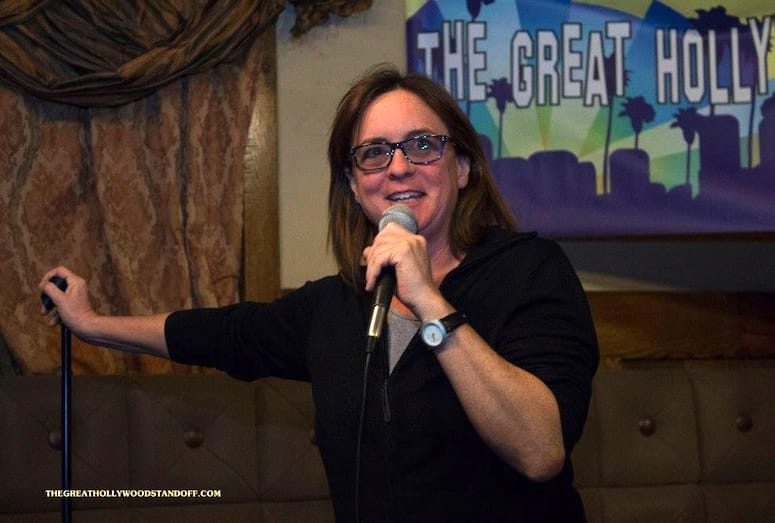 Once she takes the stage Sept. 20 at the Purple Room Restaurant & Stage in Palm Springs, it’s likely audience members will have an “aha!” moment upon hearing Shelagh Ratner’s voice.

Ratner’s voice has resonated in American households for eight years for a variety of brand names, including AT&T commercials with such popular phrases as “AT&T…Your World Delivered.”

“I love doing voice overs,” Ratner says. “It is interesting to voice a product and establish an identity and energy. A good voice can get you places.”

Ratner’s voice is just one of the many assets that compliments her style as a witty stand up comedian and accomplished actress.

“Part of my reason for going into stand up is the power of connecting to people and making them laugh,” Ratner says. “Especially with horrible things happening in this world…to take people away and connect is extremely powerful and feels like you can give back. I volunteer but connecting through laughter makes you feel purposeful.”

Ratner is not only funny but a math whiz, the result of what she describes as a ”global education.”

“I moved to different foreign countries as a kid,” she says. “My dad was a ‘bumbling professor’ type…an English/American Lit professor.  We started in Brazil, I lived in Prague before the wall came down. Germany. Italy. I went to local schools with many languages, and I was drawn to the consistency that math has as a universal language. Moving around also taught me to be funny, to use humor to meet people.”