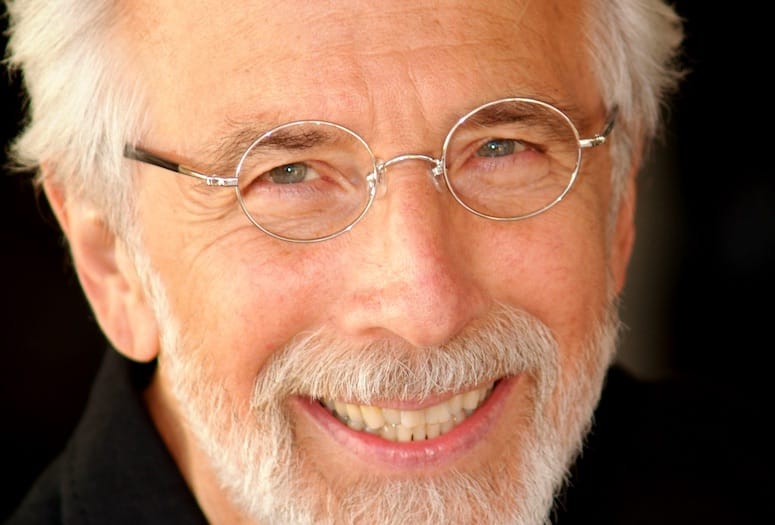 Arnold Siegel: "Autonomy and Life was born from my regard for personal freedom and a recognition of what it takes to fully embody autonomy."
PHOTO COURTESY OF ARNOLD SIEGEL

Arnold Siegel , founder of Autonomy and Life, is an ongoing contributor to Palm Springs Life’s Health and Wellness content via his bi-monthly blog .

Through Autonomy and Life’s comprehensive classes, Siegel has helped empower more than 5,000 individuals with the freedom to create and live healthy, satisfying and productive lives of their own design.

Siegel didn’t start his career as a philosopher and teacher, however. The New York City native and long-time California transplant started as an accountant and later headed and founded several accounting and technology companies.

This experience in business heightened Siegel’s interest in the concept of autonomy and life — the relationship between personal freedom and the rules that govern social life and the competitive marketplace.

In 1985, Siegel founded Autonomy and Life ; since then, he has spent the bulk of his time and energy studying, thinking, writing and teaching others about humanity’s existential issues and transformative potential. In light of the rapidly changing nature of the contemporary world, Siegel continually refines his practice, seeking new ways to apply his philosophy to life in the 21st century.

In a recent interview with Siegel, he discusses how California living and the complex business world contributed to his revolutionary organization.

You grew up in New York — Brooklyn, to be precise — but have lived most of your life in California. What brought you to California?

Arnold Siegel: The allure of a healthy lifestyle, clean air and sunshine and the idea that if I applied myself I could find my “place in the sun” were very exciting to me. My older brothers, both scientists, had already moved west to work in the aerospace industry. So as soon as I graduated from college in New York, I headed to Southern California to join them and begin what would turn out to be a very productive career. Though I make frequent trips back to New York each year to teach my classes, I never imagined at age 21 that I would call California home for more than five decades.

Where you are now is a long way from where you started out as an associate in an accounting firm. Can you describe how you went from achieving great success as a businessman and entrepreneur to dedicating the past three decades of your life to addressing the deep and fundamental matters of freedom, authenticity and the American ego?

AS: From a very early age, I was aware of the pervasive antagonism prevalent in human conditions and circumstances. It showed itself as hostility, indifference, self-righteousness, insult, criticism, sarcasm, bigotry and many other cruel manifestations and seemed to exist in all of us, as if waiting for a spark to ignite it.

As a youth, I did not understand its roots but sensed its destructive power, the suffering it causes and the constraints it puts on the well-being of others and ourselves.

In my teens, I also became interested in America’s concept of a rewarding life and spent the first 25 years of adulthood focused on my role in the world of business.
However, as it turns out, financial prosperity does not routinely develop substance, independence of mind and self-mastery, nor does it effectively deal with antagonism and its many ego-driven and insidious expressions.

As a result, I began to immerse myself in the historical conversations that address our humanity and human possibility. Through this study, I realized that autonomy is the means to freedom and freedom the means to personal authority and power. We are free when we have the ability to manage and balance the rational and the subrational (our brute and mainly antagonistic instincts) as we go about our day-to-day lives. In other words, I believe that autonomy, accountability and contribution are the means to a rewarding life.

And I have never stopped wrestling with issues of autonomy—in particular, the relationship between personal freedom and the social rules that govern public life.

You spent roughly two decades in the business world before founding Autonomy and Life. How did your philosophy evolve during that time—before you made your passion your life’s work?

AS: Of course, I learned a great deal in the marketplace, not only about business but also about what business does not necessarily provide. Typically we are educated to believe that material success brings about freedom, so we enter the marketplace wherever we can get a foothold.

While participating successfully in this setting had its own rewards, I could not help but ask myself some questions: How much of my life do I actually command? Is there something more to my unique individuality than this competent role-playing? Am I caught up in the momentum of a life that I may not have mindfully initiated? And why does so much of this “rewarding life” seem so hollow?
Starting in the early 1980s, I was in a position to spend more time addressing the existential, philosophical and practical underpinnings of autonomy—how we go about being human day to day. By 1985, sensing that I had the know-how to share the results of my marketplace experience and extensive independent study, I put it all together and began to teach these classes year-round.

To help our readers who are new to Autonomy and Life, can you summarize its mission? Its directive?

AS: Autonomy and Life was born from my regard for personal freedom and a recognition of what it takes to fully embody autonomy. Students in my classes are given the tools to live their lives with discipline and creative individualism. I teach participants the transformational skills necessary to refine the coarseness of life, gain creative control over their lives and experience the freedom and power available when we understand who we are, our place in human history and our utility to civilization.

How did Autonomy and Life change and develop during its first few years?

In the early years we thought of ourselves as pioneers and experimenters—men and women participating in a new paradigm of thought; men and women committed to and curious about getting beyond the status quo and overcoming conformity, timidity and mimicry; men and women developing the transformative power to take control of our lives and determine our own destiny. We remain on the leading edge of this new paradigm. And after more than 30 years we can declare the experiment a success. The record of accomplishment is solid, and the value of this new discipline in the study of human affairs is now established in a unique cultural and educational niche.

As I said, I was always interested in America’s concept of a rewarding life. I was born, raised, educated and shaped by America and understood its Declaration and Constitution to be the background for learning to integrate our individual intentionality with our country’s socially reasoned civilization. So, while I believe that a great deal of what I teach would be useful to almost anyone, what I know about and direct my attention to is the life of the American citizen.

What about American exceptionalism—is that an overly simplistic construction or is there something to it?

I think that America is gifted with the right geography and has curated industrious and skilled talent to build its economic, scientific, technological, military, political, educational and cultural institutions. It has also attempted to instill responsible autonomy as the means by which an individual can achieve the life he or she wants. Nonetheless, the oversized ego to which we’re habituated enables every one of us to think of ourselves as exceptions and exceptional, though this misguided sense of ourselves does not appear to be unique to Americans. Each of us is a custodian of our civilization. Responsible autonomy is our most significant achievement and the substance upon which confidence, self-esteem and contribution are built.

How would you describe your students? What do they have in common? What brings them to the discipline of Autonomy and Life?

Students of Autonomy and Life come from a wide range of occupations and industries, and some have obligations and responsibilities closer to home. They include entrepreneurs, executives, attorneys, designers, bankers, small business owners, artists, activists as well as college students and retirees.

I would say that for those who recognize the critical importance of cultivating a certain focused intelligence—what we believe to be one of life’s most valuable prizes—this discipline offers an extended study program that provides a deeper probe into the profundity of one’s way of being, the subjective journey and the quality of one’s experience.

What advice would you give to a young thinker — someone who looks up to you and who aspires to empower others and be a contribution to their family, friends and community?

Most of us have passions and ambitions that are not directly related to a study of philosophy or the human condition. But virtually every one of the students in my classes has learned to create an environment in which others—family members, peers, neighbors, fellow employees—can thrive. With strong abilities to master their ego-function, to transcend moodiness, pessimism and antagonism, to temper their rivalrous instincts and to create context, they are in a position to provide a safe space where open and honest communication can occur.

Moreover, they are realistic. They don’t speak platitudes when something shakes the very ground on which a child or aging parent or dear friend stands. They are willing to listen, to extend their care and concern, and to work hard to create a compassionate context that allows the disappointed child or defeated peer or grief-stricken friend to recover him or herself and continue this great big challenge called life. This is how I, and students of Autonomy and Life, empower others.