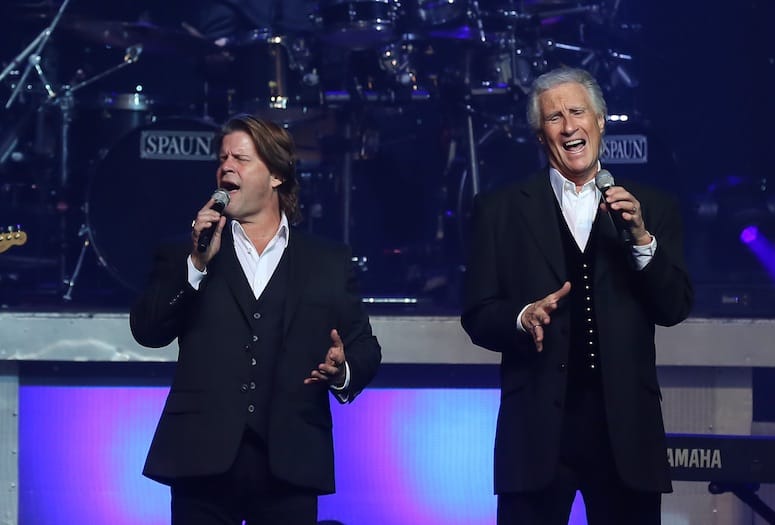 When asked to wax nostalgic, Bill Medley of the famed The Righteous Brothers duo is never short of words.

In one breath, Medley can chat up the changes he’s observed in the music industry during his five decades-plus in front of the microphone — hip hop is inventive, he thinks. And in another, he’ll freely admit how surprised he was by the success he and Bobby Hatfield experienced when the duo hit the music scene back in the early 1960s.

“Rock ’n’ roll was still considered a fad at the time,” Medley says. “We didn’t realize we were really going to have a career. So just had a lot of fun with it. When You’ve Lost That Lovin’ Feelin' hit, it became big business. We tried to float along with the wonderful stuff that happened to us and for us. We took it in and flowed with it.”

“Flowing” with it seems to have been the key to the duo’s phenomenal success, which birthed a string of chart-toppers, including Unchained Melody and Soul & Inspiration, Rock and Roll Heaven — Little Latin Lupe Lu, too, also had some regional success.

Today, the group’s joi de vivre is still evident on stage, even with the absence of Hatfield, who died in 2003 — Bucky Heard entered the fold about four years ago, to perform alongside Medley. Valley audiences can catch the duo Feb. 15 at the Fantasy Springs Resort Casino in Indio.

“Bobby and I were, musically, the same guy,” Medley is quick to note. “We loved playing the same kind of music. It just magically worked. He was a great harmony singer and we both wanted the same thing.”

The duo explored solo careers in the late ’60s but joined forces again in 1974 to generate waves with Rock and Roll Heaven. They toured frequently after that. Medley found more success after teaming with Jennifer Warnes for The Time of My Life, from the film Dirty Dancing — who could forget that end scene? 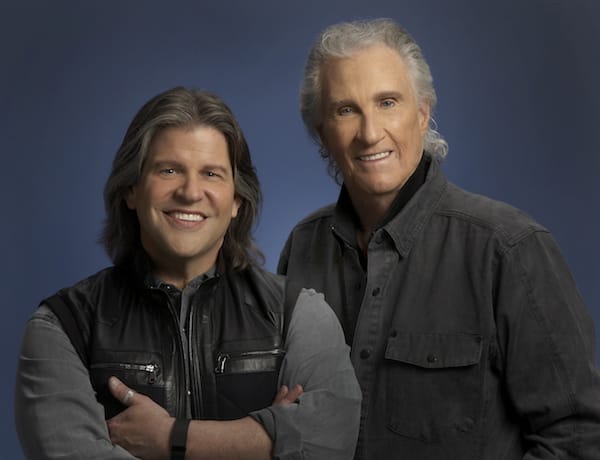 Bucky Heard and Bill Medley came together in 2016 to put The Righteous Brothers back on tour.

When the behemoth success of the film Ghost arrived in the 1990s, Unchained Melody, which was featured in the film, brought newfound attention to the group’s creative talents.

After Hatfield’s death in 2003, Medley ventured forth, often performing to sold-out crowds around the globe. All the while, fans and colleagues urged him to keep The Righteous Brothers afloat.

But how? He could only do so much solo. And then …

Medley found himself attending Bobby Heard’s show. The men had been friends for many years — Heard garnered a healthy following thanks to his rock ’n’ roll verve and vocal range. While watching Heard’s performance, Medley says it “all came together.” At that moment, he knew how he could help keep the magic of The Righteous Brothers alive.

“It’s been phenomenal and incredibly smooth,” Medley says of the collaboration. “Bucky is really talented and smart and I could not have asked anything better. He’s younger than I, a strong and powerful singer, and he helps me lift that weight up.”

To that end, the concert experience promises to deliver the musical goods with the duo performing classic hits. When reminded that their signature hit, You’ve Lost That Lovin’ Feelin’ is the most played song — ever — in rock ’n’ roll history, Medley offers a chuckle of humility.

“Even when Bobby was alive, we’d say how that was the most difficult thing to wrap your brain around,” he shares. “Going into the Rock ’n’ Roll Hall of Fame was a wonderful honor — there’s some 300 or 400 people in there — but to have the most played record is pretty nuts. We’re very proud of that.”

Asked how being involved in music has shaped him, Medley takes pause.

“That’s a deep question,” he says. “Man, I don’t know. All I do know is that music is such a loving, wonderful thing. At least the music we did in the ‘60s on up. For me, I suppose music has kept me sensitive — to people, to my family. Because you go on stage and perform those songs and you have to emotionally get into it. Either that or you should retire. So, music has definitely kept me sensitive.”