The Rise of the Knowledge Economy in Greater Palm Springs 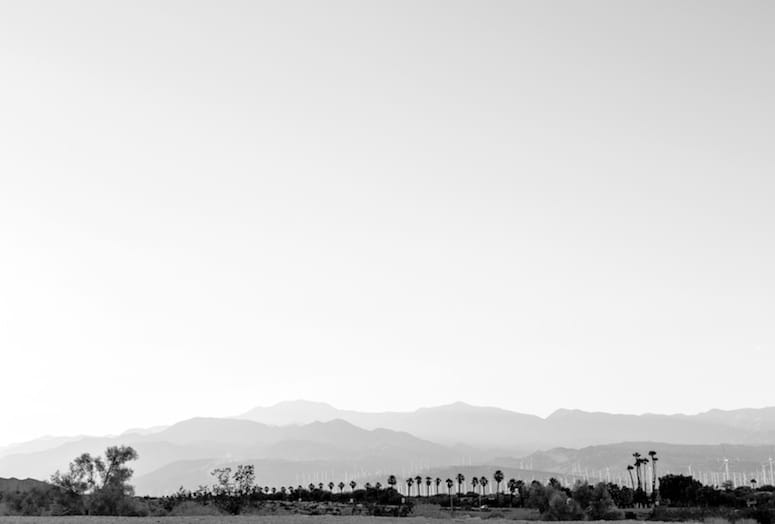 In a valley where TV meteorologists routinely forecast widely scattered sunshine, it should come as no surprise that Greater Palm Springs provides a setting that has inspired some truly bright ideas within its knowledge economy.

Dr. Forrest M. Bird exemplified this culture of innovation in the 1960s, pioneering some of the earliest portable mechanical ventilators for people with acute lung afflictions and replacing primitive and expensive devices like the iron lung. The first mass-produced model, the Mark 7, prominently displayed it was made in “Palm Springs, California U.S.A.” The successor company, global medical device manufacturer BD Respiratory Solutions, still operates here.

The valley’s legacy of innovation can also be found in a landmark civil engineering project: The Palm Springs Aerial Tramway is noteworthy for its ingenious use of helicopters during construction. The tram’s valley and mountain stations are inspiring showcases of modern architecture, a style that has become synonymous with Greater Palm Springs.

More than a quarter of the region’s jobs are in the diverse knowledge economy and the demand for college-educated workers continues to grow. Experts say the combined forces of disruptive technology, rising minimum wages, and a growing consumer preference for self-service will significantly reduce the number of service-sector jobs over the next 30 years.

“Look at the airlines,” says James Estes, professor of finance at the California State University, San Bernardino Palm Desert Campus. “The counters used to be filled with ticket agents, now they’re electronic kiosks. For students in school today, 65 percent of the jobs will be in fields that don’t exist yet. Whatever’s going to happen, it’s not what we expect — because we haven’t yet thought of it.” 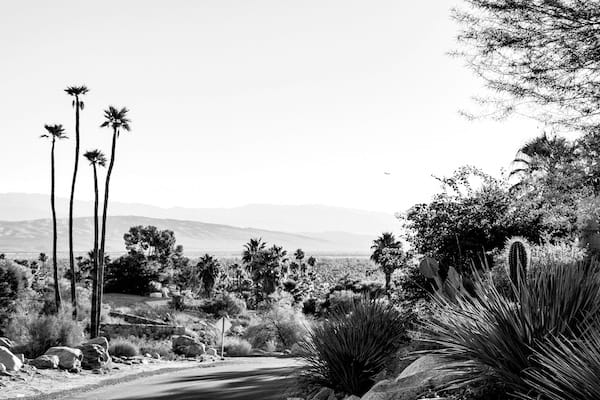 “Computers can do conventional thinking, but they can’t innovate, they can’t be an entrepreneur.”
James Estes, professor of finance at the California State University, San Bernardino Palm Desert Campus

Steven D. Moore, director of spatial studies at the University of Redlands, says automation is coming quickly. “The factory job of the future will be computer coding — folks who can do web development or create apps.” He forecasts the best careers to be in information technology, software development, and custom manufacturing using 3-D printers.

Estes, who spent most of his distinguished finance career in private industry, likes the long-term outlook for healthcare careers, which had a 2016 median pay of $46.41 per hour and are growing much faster than average (17 percent), according to the Bureau of Labor Statistics. Two of the Coachella Valley’s hospitals have residency programs to meet the region’s growing demand for healthcare — 7.04 percent population growth in the west valley and 11.84 percent in the east, compared to 5.36 percent in California and 4.66 percent in the entire United States.

Estes is also bullish on careers in cyber security and startups that offer solutions for personal online privacy. The BLS forecasts 18 percent growth for information security analysts with a median pay of $44.52 per hour.
One fast-growing industry that requires divergent thinking is content creation, and Greater Palm Springs entrepreneurs are attracting more than local business.

An out-of-market community college with five campus locations recently engaged The Jones Agency, a local marketing, advertising, and public relations firm. “They’re wonderful to work with,” says Kyle Radke, the agency’s CEO. “They’ve allowed us to do more millennial-based marketing, because that’s who they’re after.” She says businesses gravitate to the region’s creative agencies because most boast industry veterans who came from large metro agencies. “You’re getting big-agency thinking at a smaller price tag than you’d pay in the big city.” Jobs in this field, according to the Bureau of Labor Statistics, will grow 9 percent faster than average and provide a median pay of $61.33 per hour.

• See related story: Up With Millennials

Health Assessment Research for Communities, better known as HARC, provides research and analysis services to businesses in the healthcare field; consequently most of its employees hold advanced degrees. “These are highly skilled, well-educated individuals with a passion for doing work for the greater good of the community,” says HARC CEO Jenna LeComte-Hinely. The firm’s unique specialty has attracted engagement throughout Southern California and as far away as Delware.

The United States and Canadian Academy of Pathology, a global provider of continuing medical education, chose Greater Palm Springs to build its state-of-the-art Interactive Learning Center. “By locating USCAP’s Interactive Learning Center in Palm Springs, USCAP has created jobs for people with advanced degrees as well as jobs that are connected to creative production, marketing, and business administration,” says Paul Lewin, the organization’s director of international development. “USCAP has used its webcasting capabilities to educate pathologists across the globe, including those in the most impoverished and war-torn countries — at no charge.” Major corporations have also rented the facilities for product launches and training programs.

Architecture is another fast-growing industry in the local knowledge economy. “We have a Los Angeles office, but we’re primarily doing that work out of our Palm Springs office,” says Sean Lockyer of Studio AR&D Architects. Lockyer is also the president of the AIA California Desert chapter. “We’re working on projects in Vancouver and Philadelphia right in Palm Springs.” The BLS projection for this field is 7 percent growth and median wages of $36.99 per hour. The strongest demand will be for those with skills in sustainable design.

Firms working in the knowledge economy prevail at the Palm Springs iHub and Accelerator Campus, where 56 startup and early-stage businesses make their corporate home. iHub companies have raised more than $20 million in equity investments and have been granted 20 patents. The businesses at the iHub range from advanced medical devices to content creation to environmental technology.

“Our membership in the Wells Fargo IN2 partnership puts our program alongside incubation centers at Stanford, UC Berkeley, Rice University, and MIT,” says Joe Wallace, CEO of the Coachella Valley Economic Partnership, the manages the iHub. “We also have access to the intellectual property of the Federal Lab Consortium for Coachella Valley entrepreneurs. It is the only iHub in California that offers an accelerator campus.”

CVEP’s connections to the investment community have helped iHub-based entrepreneurs advance their businesses faster and better, and professor Estes foresees more venture capital coming from pension funds and major investment houses seeking better returns. “It’s hard for the bigger companies to innovate, but they can certainly buy a small startup,” he says.

When it comes to job creation, the knowledge economy is the key to future. Estes says career success will be measured by how far future workers can think out of the box. “Computers can do conventional thinking,” he says, “but they can’t innovate, they can’t be an entrepreneur. You need a broad education but you also need to understand technology because that’s what’s going to drive this world way more than people understand.”