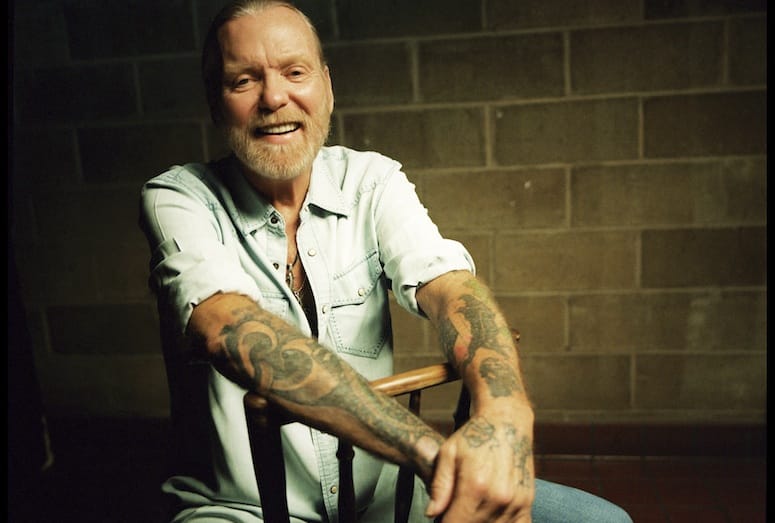 The Allman Brothers Band (ABB) may have put its five-decades-long career to rest last December, but Gregg Allman has no plans to retire to the rocking chair just yet.

“I’m gonna be like John Lee Hooker,” declares the legendary 67-year-old keyboardist and vocalist. “I want to play as long as I can.”

A few weeks after the ABB played its final shows in New York, Allman turned right around and went back out on the road with his own solo band, and he’s very much anticipating performing at Stagecoach on April 25.

“I’m looking forward to the whole experience,” he says. “Stagecoach has really been coming on strong the last few years, and I’m honored to share the bill with Tim McGraw, Blake Shelton, Miranda Lambert, and Sara Evans — they are some of the best in the business! It’s also great to have old friends like ZZ Top and Steve Earle there as well.”

Allman promises his Stagecoach set list will hit all the right sweet spots. “I can tell you that there will be something for everyone when my band hits the stage,” he asserts. “There will be stuff off of my solo albums, some Allman Brothers tunes that I’ve re-arranged, a few new songs, and a couple of killer covers as well. I try to mix things up, but I also want to give people what they want, so songs like ‘I’m No Angel,’ ‘Midnight Rider,’ and ‘Statesboro Blues’ are constants in the set list. People will have a good time singing and dancing and laughing. My goal is to make folks smile and lose themselves in the music for a few hours.”

Allman really loves the weather in Coachella Valley, which he admits is a bit different from the climate where he grew up in Florida and Georgia. “Palm Springs is really beautiful, with all the mountains surrounding the valley, and Joshua Tree is something special to see,” he observes. “The heat is a dry heat — much different than what we have in the South, where the humidity will just wear you out.”

These days, Allman quite enjoys coming out to play in Southern California, but his early experiences in the Los Angeles area in the late 1960s before the Allman Brothers Band formed, as chronicled in his best-selling 2012 autobiography My Cross to Bear, weren’t exactly ideal.

“My first experience in L.A. really was a drag,” he admits. “That raw deal our band The Hour Glass got from Liberty Records taught me some hard lessons about the music business, and it caused some real problems between me and my brother [Duane Allman] for a while.”

Looking back on it now, Allman says the only positive memories he has of that period are the ones related to all the great musicians he got to hang out and jam with.

“We were part of the whole L.A. scene, playing at clubs like the Troubadour, the Avalon, and the Whisky a Go Go,” he recounts. “We opened for some heavy hitters, man — The Doors, Paul Butterfield, Buffalo Springfield, Buddy Guy, and even Ike and Tina Turner! I got to know guys like Jackson Browne and Tim Buckley, both of whom had a huge impact on my songwriting. So did Neil Young. His ‘Expecting to Fly’ [a song on Buffalo Springfield’s 1967 album, Buffalo Springfield Again] is a masterpiece. Hanging out with bands like Spirit, Love, The Seeds, and the guys in Poco really made a terrible situation a bit more tolerable, but that was it.”

Allman feels like one proud papa when it comes to his son Devon, whose own band will be opening for him on some dates in late April and on into May. “I’m impressed by everything Devon has done, and I am very proud of him,” he grins. “The name will only get you so far in this business. Devon has made it on talent and determination, not because of his last name. [Devon’s second solo album, 2014’s] Ragged & Dirty is a helluva record, and I’m glad to see he’s hitting it hard and heavy with his solo career. It’s always fun to have him out on the road with me. We have some good times!”

Does Allman consider himself a full-blown solo artist now that the Allman Brothers Band is fully in the rearview mirror?

“I’ve had a solo career for over 40 years now, so it’s not really all that different to me,” he says. (Allman’s first solo album, Laid Back, came out in October 1973.) “We do have a new live CD coming out in a few months from a smokin’ show we recorded last year down in Macon, and I have plans to record an album made up of just my compositions.”

As for how he’d like people to hear that new music, Allman is quite flexible: “Some people have gone back to vinyl, some people like iTunes, and some still like CDs. To each their own, you know?”

Allman is satisfied with how the Allman Brothers Band took its final bows last December at New York’s storied Beacon Theatre, where the ABB had an annual residency for over two decades.

“I am very proud of how the Allman Brothers closed things out. We did it on our own terms, and we went out on top,” he affirms. “I never wanted us to become a parody of ourselves, and I know my brother Duane [who died in 1971] would have approved of how we kept the high standards he set for us, right up until the last note faded at the Beacon. I don’t know about legacy and all that stuff, but if people want to learn about the history of the band, they should visit our museum at The Big House in Macon, Georgia; it’s the best rock & roll museum in the country.”

For Allman, there’s only one way out of this rockin’ life — but that won’t be coming anytime soon if he can help it: “They are going to have to drag me off the stage, man!”

The road goes on forever indeed.