The Secrets of the Road Runners 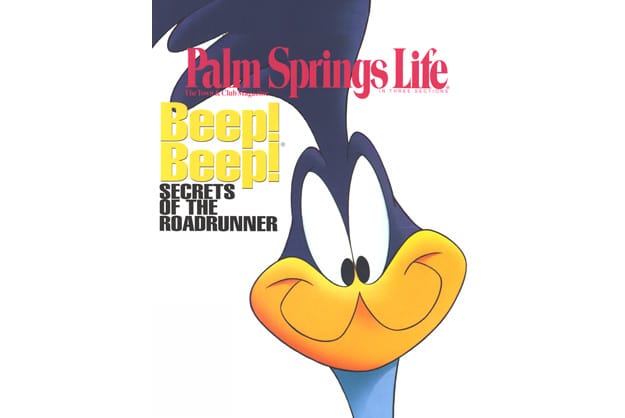 Story and Photography by Michael Tennesen

Jim Cornett, the curator of natural science at the Palm Springs Desert Museum, tucked a photo of a roadrunner and a photo of a bald eagle under his arm and ventured out onto the streets. His mission was to test the public’s awareness of animals.

Stopping 35 pedestrians and asking them to identify the photos, he reports: "Only 30 percent recognized the bald eagle. The rest thought it was a buzzard, a hawk or a vulture. And this is our national bird!"

Then he smiles, for he has good news, too. "But more than 55 percent recognized…the roadrunner." Ah yes, the roadrunner. Is this the most popular animal symbol of the Southwest or what? "Go through any telephone book," continues Cornett, "and you’ll see more businesses named after the roadrunner than any other animal."

In his spare time, Cornett writes a column for the local paper and he once asked his audience if anyone out there knew of any nesting roadrunners. The paper got deluged. More than 150 telephone messages. "It was the most calls they had ever gotten on any one article."

Roadrunners can be found dodging through the cactus and racing over the sands of most Southwest and Mexican deserts. Amazing as it may seem to residents here, a lot of people from other parts of the country are surprised to learn that the roadrunner is a real bird.

A lot of its popularity, of course, is the product of Chuck Jones’ cartoon character for Warner Bros. In these hilarious shorts, the guileless and exceedingly lucky roadrunner is pursued ad infinitum by a tenacious coyote (Wile E.) who, apparently, has endless mail order credit with an arms supplier named Acme. In the latest version of the classic battle of wits, Chariots of Fur, Wile E. Coyote shoots himself from a bow, loads himself into an industrial strength metal spring, and lays down several miles of fake road in order to catch the roadrunner. Alas, it is all to no avail. He cannot catch the roadrunner. Boulevardius burnupius, as Jones calls him, is just too darned fast.

The roadrunner is revered not only for its speed but for its distinctive feet. Two toes head forward and two toes backward, forming a bird track used by Hopi Indians in ceremonial design to confuse the evil spirits. (It’s hard to tell which way a roadrunner is going by its footprint.)

The museum’s Cornett, however, thinks the real reason we love roadrunners so much is because they eat all the things we hate. These birds kill tarantulas, black widow spiders, scorpions and rattlesnakes and then swallow them whole. They also hunt down centipedes, spiders, mice and rats. In fact, a roadrunner will eat anything it can kill and slip down its throat. (It can’t chew.)

Roadrunners have the image of a cute little cartoon, but in reality they are some vicious hunters. They’ll pull a mouse from the weeds and then run over to the nearest rock or piece of wood and beat the thing to death. They’ll rip the legs off a tarantula and swallow the center.

With rattlesnakes they’re especially cagey. Cornett watched a sidewinder strike at a roadrunner one day and the bird caught the serpent in mid-strike, grabbed its top jaw so tightly that the snake couldn’t use its fangs. Then it whipped the snake over and over on the ground, eventually breaking the spinal column in five or six places. "They do this with everything " says Cornett. "They just try to break their prey’s body, It’s very effective."

Roadrunners have been observed beating rattlesnakes against the ground for up to an hour and a half. Then, they slurp those snakes down just like spaghetti. Or they take them home to the kids, and let them do the slurping. Roadrunners have potent stomach juices which break down those rattlesnakes, tarantulas and black widows. It results in quick-energy road fuel. What about the poison in the prey? According to Cornett, these poisons are actually high in protein and don’t affect the roadrunners at all.

Roadrunners are normally solitary hunters, except when they get together in spring to mate and make roadwalkers. According to the literature, the roadrunners may mate for life, though scientist Cornett is wary: "No one knows for sure."

The male must come to the mating, however, with a nice bribe before the female will get familiar. "And he can’t just show up with an insect or a stick for the nest," Cornett says. "It has to be a significant offering like a lizard, a snake or a small rodent." The male has to prove he’s a good hunter, able to keep his mate fat and happy while she’s tending to the kids.

If the gift is good enough, the male starts cooing and wagging his tail. Then he jumps up on her back and emits a whirring call until copulation is complete. The female – ever the practical one – snatches the gift from his mouth, however, just before he finishes.

Roadrunners make a wide variety of noises including cooing, whirring, clacking, and a "a lot of weird guttural sounds." But, alas, says Cornett, "no beep, beep." In fact nothing even close to a beep, beep.

The Ugly Secret About the Kids

Roadrunner females lay between two to eight eggs over a period of anywhere from three to ten days. The first ones born definitely have the advantage. In fact, most of the food the parents bring to the nest is eaten by the first one or two or three roadsters that hatch. Only in wet winter years, when grub is in abundance, do the others get a handout.

But the rest don’t go hungry for long. And this is where you may want to stop reading this to the kiddies. You see, roadrunners regularly inspect the chicks, picking them up by the head or back and moving them around like chess pieces. When a nestling appears overly weak or lethargic, the adult has a simple solution. He eats it. He simply tosses it into the air and swallows it whole. Or it feeds it to its siblings.

Cruel, you say. Well not really, since, according to Cornett, that one morsel of food may be the difference between the adult or oldest child surviving. Apparently things are pretty bird-eat-bird in the desert.

"Humans are unique because we spend a lot of time with the least productive of our offspring," says Cornett, "caring and coddling them. Roadrunners don’t fool around; they just remove the weak ones and make sure at least some of the kids make it."

Man takes care of his young ones, because he’s a social animal. Socializing – working with your fellow man – works well for us humans.

The Rude Secret About Their Social Life But roadrunners take a different ecological tack. They’re not social at all. Not only do they have a bad attitude about kids, they’re not that crazy about each other, either. Except for that one short period in spring where they mate and raise their young, roadrunners are recluses.

They stake out territories and any other roadrunner who trespasses gets thumped. In some areas where there is a lack of trees, sometimes roadrunners are forced to live close to one another. In those cases, these birds carefully define their backyards and warn any neighbors who wander beyond the property line. No question about it: Roadrunners are always looking for a fight. They’ve even been observed fighting their own reflection in a car mirror or house window.

"And it’s pretty risky fighting," says Cornett. "Because if a roadrunner loses an eye in a fight, it could never get enough food to survive." Let alone dodge rattlesnakes.

The Secret of Their Success

But a two-eyed roadrunner is quick enough to leap up and pull dragonflies or even hummingbirds right out of the air. In fact the roadrunner is built for speed. Roadrunners have sleek, light, long bodies. When walking, their stride is about 6 to 8 inches. But when the bird is running, that gait stretches to a ground-eating 19 to 20 inches.

They can’t fly, though. Oh, they can flap their wings for maybe about 50 feet, and possibly even glide for 100 yards. Were you, however, to drop one out of a plane at 10,000 feet…Still, who would want to drop a roadrunner out of a plane? These creatures are lovable. Fact is, roadrunners adapt to people fairly well. The only thing that stands in the way is the household cat. Most adult cats are intimidated by roadrunners, but a lot of baby roadrunners are killed by cats, so roadrunners won’t raise their young in areas with a feline presence. "If you’ve got no cats, or you keep your cats indoors, and you have some space here in the desert," says Cornell, "you’ll likely see roadrunners." Don’t bother them, incidentally. One result of their popularity is that they are now protected under state and federal laws.

But who’s going to protect them from those wily coyotes?