The Short History of Popcorn at the Movies 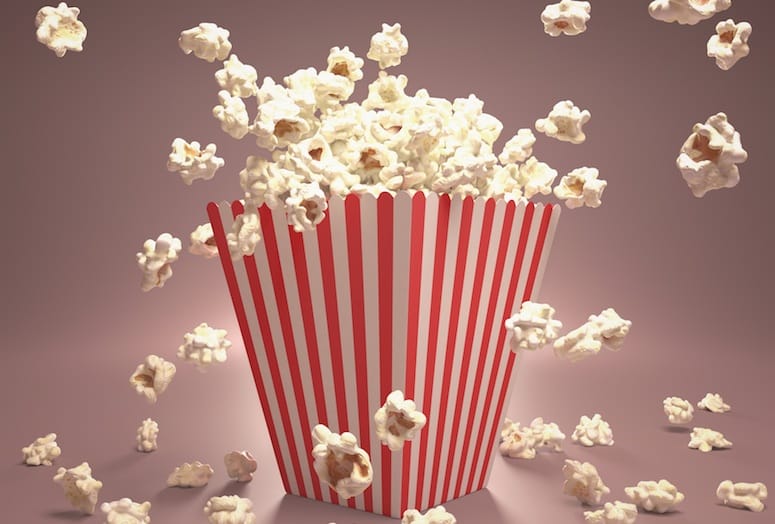 There is evidence that the first piece of popped corn was made in Mexico around 3600 B.C. Late 19th- century America saw the advent of the popcorn street vendor with the invention of the rolling popcorn machine by Charles Cretors.

One of the first movie palaces was the Mark Strand Theatre in Manhattan, at the northwest corner of 47th Street and Broadway. The experience was as formal as attending any play on the Great White Way. Eating during movie showings was prohibited.

Early movie palace owners had no interest in seeing their investments littered with bits of food. Popcorn vendors usually set up outside the theaters and sold bags to patrons as they entered. Moviegoers were warned by theater management to leave their coats and popcorn bags in the cloakroom.

Talkies changed everything. Silent movies were attended by people with enough literacy to read the titles. Talking pictures democratized the movies. During the Depression, the masses could go to the movies for a dime and splurge on a 5-cent bag of popcorn (which often doubled as dinner).

In 1938, Midwestern theater owner Glen W. Dickson became the first to install popcorn machines in the lobbies of his cinemas. The experiment was so successful that soon popcorn machines appeared in movie lobbies from coast to coast.

Six Midwestern cities claim to be the “Popcorn Capital of the World.” Orville Redenbacher grew up on the family farm in Indiana and sold popcorn out of the back of his car. At one time, he controlled one-third of the unpopped popcorn business. 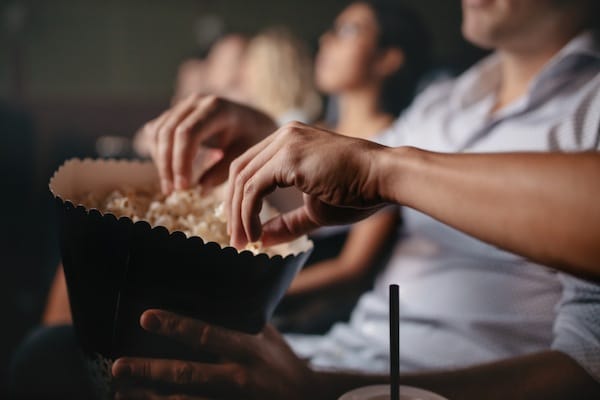 PHOTO BY THINKSTOCKPHOTOS.COM
Eating in movie theaters was initially prohibited.

The ubiquity of popcorn at movie theaters started during World War II. Because of sugar rationing, candy was rationed and in short supply. Corn was not.

According to an article on the history of popcorn in a 2013 issue of Smithsonian, “movie theaters make an estimated 85 percent profit off of concession sales, and those sales constitute 46 percent of [a] movie theater’s overall profits.