The Sights and the Sounds of Liberace 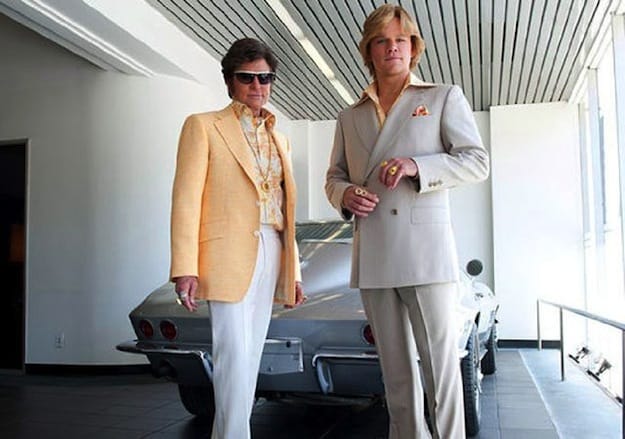 Liberace was a man with a flair for the dramatic.

His flashy piano playing and showmanship was no match for the ostentatious way in which he decorated his surroundings and dressed. The fallen entertainer (who died from AIDS-related illness in 1987) will be highlighted with appropriate fanfare when the film, "Behind the Candelabra", airs May 26 on HBO.

The biopic is based on the 1988 memoir penned by Liberace’s partner, Scott Thorson. It details their sometimes-rocky relationship, complete with infidelities, excesses, and facelifts – yes, facelifts.

However, with all the talk of the film’s plot, aesthetics, its cast (Michael Douglas; Rob Lowe; Debbie Reynolds; Matt Damon), and even its filmmakers (director Steven Soderbergh and producer Jerry Weintraub), little has been reported about the soundtrack – until now.

Elektra Records has released "Behind the Candelabra – Music From the HBO Original Film". Fans, as well as casual listeners, will be able to hear Liberace’s talented fingers tickle the ivories. The soundtrack also offers several recordings by none other than Douglas, who stars as the flamboyant entertainer. The veteran actor takes on “The Liberace Boogie” and “The Impossible Dream.”

With verve and precision, Douglas barrels through these tracks, recreating Liberace’s good humor, charm, and immense talent. He was able to achieve this feat with the assistance of the late composer, Marvin Hamlisch, and soundtrack producers Evyen Klean and Kevin Weaver.