The Softer Side of Cedric Bixler-Zavala 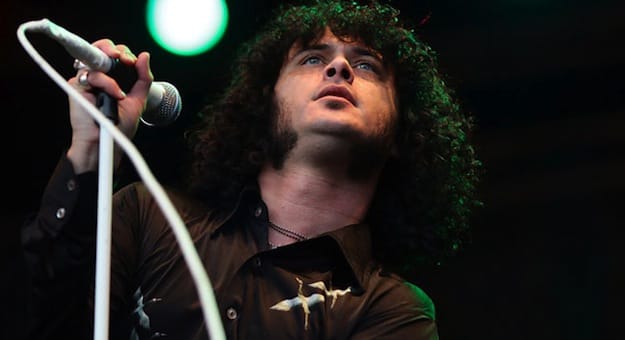 Cedric Bixler Zavala is a badass.

Seriously. I mean, this guy hits notes that could shatter glass six states over. The former front man of groups like At the Drive-In and The Mars Volta has taken his music – which has always been fueled by loud, guitar-driven songs about angst, death, and loss, all over the world, playing stages from Coachella to Maquinaria Festival in Santiago, Chile.

It’s OK to be impressed. He’s kind of amazing.

But what happens when the man who has rocked his fans in two of the indie music world’s most influential bands decides to try on a new hat? That’s the question that Zavala faced when he sat down and started to write his latest record.

“I started putting little parts together and signing along with it,” he says, in a recent phone interview. “My wife kept giving me this vote of confidence because she liked it. I kept taking that into account because it was nice to hear a woman’s perspective, and what she liked about my music. I had just been used to 10 years of predominantly boys or men chiming in – musically – on what I was supposed to be doing with my life.”

All the Nights We Never Met is the debut release of Zavalaz, the singer’s latest project. The band’s name is derived from Bixler’s mother’s maiden name, with a “Z” added to the end.

The singer is quick to point out that his latest record is a departure from the sound so many of his fans might be accustomed to, adding that he’s finally gone and done the unthinkable: He recorded an album full of love songs.

Bixler-Zavala performed most of the instrumental parts on the record, but upon closer examination, decided a change was in order.

“I was playing everything on it, but I didn’t like the way my drums sounded, so I got Greg [Rogove] who plays with Devendra [Banhart].”

“I started working with Robert Carranza, who worked with Los Lobos and Jack Johnson,” says Bixler-Zavala. “I think he was a little taken aback that I could do it. He just kept telling me how much he liked [my music], and we kept working on it whenever I had time.”

But it was the singer’s wife, Chrissie, as well as fatherhood that proved the biggest catalyst to his current musical direction.

“['Unearthly Child’] was a song that I wrote, sort of as a want ad from the universe to have children,” he explains. “I wrote it and played it for my wife. When I played her the final version of it, she got really emotional. That night, we conceived. We found out we were pregnant maybe a month later. I didn’t realize [the significance of] the lyric I was writing — ‘Turn the light off so I can see my twin constellation.’ At her first check-up, I couldn’t make it to the appointment, so she called me from the room and said, we’re going to have twins. We just started laughing. I feel that’s a testament to the power of music.”

Love has historically played a huge part in the lore of great music. John Lennon is thought to have parted ways with the Beatles for love. Elvis Presley risked career and stardom to fall in love with a teenage Priscilla Beaulieu. Hell, even Sid Vicious lost it to love … but that’s a different story.

Zavalaz exists because Bixler-Zavala followed other great men into the arms of the woman he loves, and lived to tell – or in this case, sing – the tale.

Cedrix chats about the transition to writing love songs.