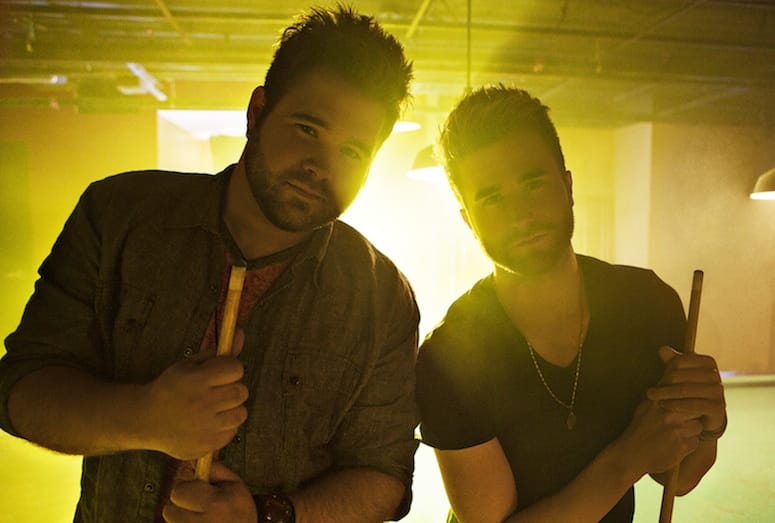 There’s nothing like a good-natured bit of sibling rivalry.

“I really didn’t realize, not to sound pompous here, but I didn’t know how good I was at Mario (as in the video game),” says Colton Swon. “We recently got a version and I literally can beat the game in 7 or 8 minutes.”

Older brother Zach chimes in, “I don’t know why he said that. I am better than him at Mario. Everything he thinks he knows, he learned from me." photo courtesy of the swon brothers

The Swon Brothers will play songs from their new album yet to be released.

The Swon brothers have an easy chemistry and sense of humor that resonates both on and off the stage. On that they can agree.

“We don’t mind making fun of each other," says Zack.

"We can’t imagine doing this alone," adds Colton. "It can be lonely on the road…you miss your family. We miss our parents. It’s kind of nice to have family on the road to lean on.”

The Swon Brothers, who hail from Oklahoma, will make a desert stop July 10 at Morongo Casino, Resort and Spa in Cabazon.

In addition to sharing their latest hits, they will debut some songs from a new record they’ve been working on. The songs will continue to be light-hearted and fun, but show a little more rawness and a rock side of their vocals. The Swon Brothers appears with their coach, country star Blake Shelton, on The Voice.

“At this concert, expect to be the first to hear some of the new music and also a high-energy performance,” the brothers say. “There’s never a dull moment and you’ll see two brothers on stage…being open and completely honest about our brotherhood.”

The duo began performing at a young age touring with their parents in a Southern gospel group. Gravitating to the modern country music genre, they went on as The Swon Brothers to record an album, Another Day, prior to landing on “Team Blake” (Shelton) on the popular television show, The Voice.

“The Voice was like a boot camp for everything we are doing now — for this career and the life changes we’ve experienced,” says Zack. “It helped get us ready for the media, the interview process, and performing for a bigger crowd. Having a coach like Blake, he showed us how to treat people. He’s a superstar, and he treats everyone like family because he is genuine and real and fans can see this.”

The brothers went on to win third place on The Voice and in addition to touring with Brad Paisley, Colton and Zack opened up for Shelton this past spring at Stagecoach.

Reflecting on their success, Colton says, “It’s been a whirlwind — a different city each day. The best part is getting up close and personal with fans. Shaking the hands of people that let you do what you love — the people that changed our lives.”