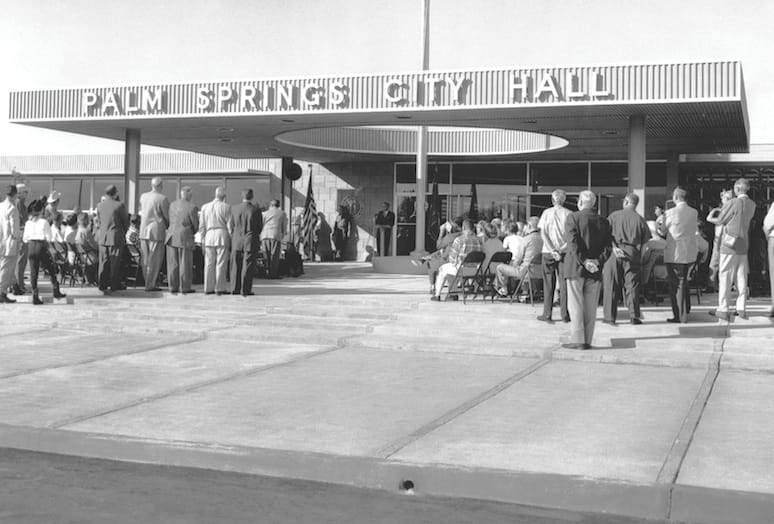 There, he was distinguished among his peers by a Los Angeles Times article dated March 24, 1938, titled “Trojan Students Design New Type Desert Home.” In the article, Chambers’ work was cited as one of three chosen as “the best models” of the desert house “for people who live in a large city, with special attention given to the problem of outdoor living and recreation." The North Shore Yacht Club is shown here in 1960 during its heyday. The club opened in 1959 as part of a $2 million development along the northeastern shore of the Salton Sea.

By graduation, Chambers was receiving accolades, such as an American Institute of Architects’ medal for the USC Class of 1941. He then spent five years at the Los Angeles firm of Myron Hunt and Harold Chambers, but the Coachella Valley beckoned.

In 1946, Chambers joined the Palm Springs team of John Porter Clark and Albert Frey. For them, the untamed desert was a limitless canvas of opportunity, and while Chambers may be less known today than other regional midcentury architects, for more than 20 years in Palm Springs he worked on many of the earliest, most innovative buildings that today define Desert Modern. Inside the Clark & Frey, Architects office in Palm Springs. Robson C. Chambers is at the far left, Albert Frey is standing directly in the middle, and John Porter Clark is seated front right.

His imprint on the desert was immediate. Chambers’ own 1947 house, designed with Frey, was published in A Treasury of Contemporary Houses by Architectural Record, as well as in the Los Angeles Times story “In Defiance of the Desert” by architectural historian Esther McCoy.

Clark, Frey, and Chambers’ work incorporated imaginative design principles, resourceful materials, and creative construction methods in an array of the area’s most distinctive residential, commercial, educational, and civic projects. These included their work on the iconic Palm Springs City Hall (1952–57). In 1956, Clark left the firm to establish a solo practice. Frey and Chambers partnered for another decade, until Chambers moved to Santa Barbara to become the campus architect for the University of California, Santa Barbara. Upon retirement from UCSB, he moved to Borrego Springs, California, where he spent another dozen years, maintaining a small private practice until 1995. Chambers and his wife in 1952 at the Palm Springs house he and Frey designed.

Robson Cole Chambers passed away on June 18, 1999. Archives of his work can be found at the UCSB Art, Design & Architecture Museum.