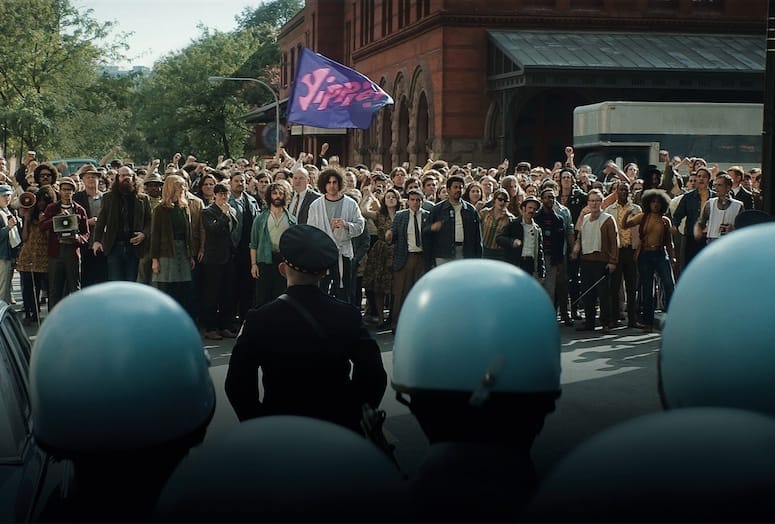 The 1968 Democratic Convention in Chicago is the backdrop for the film, The Trial of the Chicago 7.
PHOTOGRAPH COURTESY PALM SPRINGS INTERNATIONAL FILM FESTIVAL

The cast and director Aaron Sorkin from The Trial of the Chicago 7 have been honored with the Vanguard Award by the Palm Springs International Film Festival.

The Vanguard Award is a group honor distinguishing a film's cast and director in recognition of their collective work on an exceptional film project.

The festival and Film Awards gala will not take place as an in-person event this year, but honoree selections will be announced to recognize this year’s great performances. Entertainment Tonight will air a tribute to the honorees scheduled on Feb. 11 and Feb. 25  Participating in the interview will be director and writer Aaron Sorkin and cast members.

What was intended to be a peaceful protest at the 1968 Democratic National Convention turned into a violent clash with police and the National Guard. The organizers of the protest — including Abbie Hoffman, Jerry Rubin, Tom Hayden and Bobby Seale — were charged with conspiracy to incite a riot and the trial that followed was one of the most notorious in history.