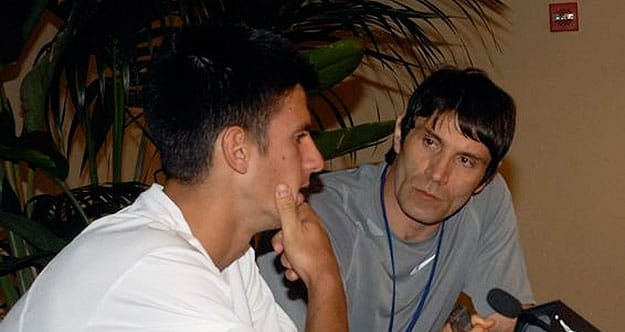 Novak Djokovic is everywhere. The tennis phenom steams up the covers of sports magazines and is known for his spot-on impersonation of tennis darling Maria Sharapova on Jay Leno’s Tonight Show.

Not one to shy from the spotlight — on or off the court — the tennis pro transitions to the big screen in the feature film, The Expendables 2, slated for release later this year. In addition to chasing a calendar Grand Slam (four Grand Slam major titles within the same year), the world No. 1 player found time to appear in a cameo in the Sylvester Stallone sequel to 2010’s The Expendables.

In the movie, Djokovic plays himself winning an unprecedented 25th Grand Slam. (To date, he has won a total of four Grand Slam events during his career.)

“It’s too early to say if I’m going to be a movie star,” Djokovic joked. But a few years ago, he teasingly boasted about becoming the best tennis player on the planet — and right now, he is.

While an Oscar for his film cameo is doubtful, his prowess on the ATP tour continues without question.