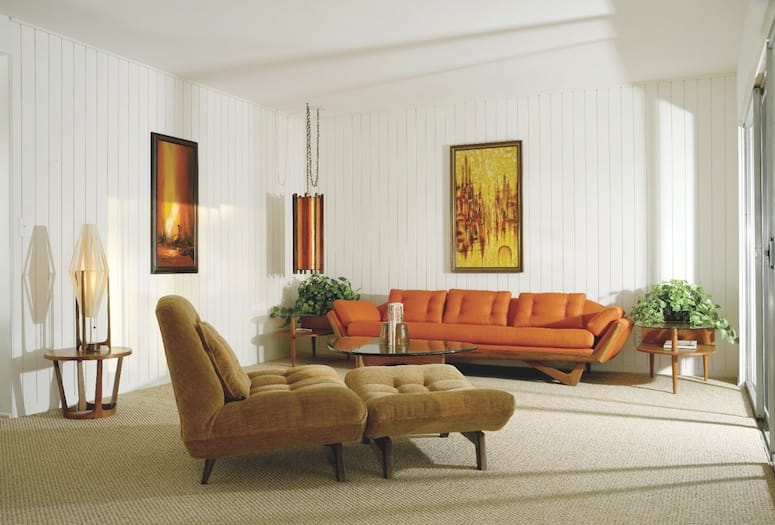 Fourteen years ago when photographer Dan Chavkin first visited Palm Springs, he was merely using a friend’s house on the weekends to escape his hectic life in Los Angeles. As a specialist in portrait photography whose work was appearing in splashy national magazines including W and Glamour, he had no idea at the time that his getaways would radically change his professional direction.

Re-igniting a fascination with midcentury architecture and design that he developed as a student at Art Center College of Design in Pasadena, he  says he “discovered a wealth of architecture … and I came to the conclusion that I really wanted to devote more time, more serious time, to photographing it.”

The result is one of the most eagerly awaited books of midcentury architectural photography in years: Unseen Midcentury Desert Modern. Chavkin’s interest is not the rarely seen work of famous architects, but that of some of the lesser lights whose imagination was also extraordinary.

Chavkin’s first long-term foray to the Coachella Valley was the summer he spent hotel-sitting at the Hideaway Hotel on Arenas Road. The small, midcentury gem proved to be the perfect base and fuel for his curiosity. He bought a map to the valley’s architectural wonders, and promised to “document every neighborhood I could in Palm Springs.” Very early on, Chavkin formed closed friendships with people who either owned the properties, maintained them, or were friends of the owners. Chavkin’s passion became a kind of passport that gained him access to some of the most extraordinary homes in the valley. He remembers his thrill at being invited to the El Dorado Country Club “because of its reputation of being a prestigious granddaddy of country clubs … not just in the Coachella Valley, but the country. [I] also gained access to one house in particular … that isn’t just another midcentury house. It is one designed by one of the great master desert modernist architects, William F. Cody.”

Settling permanently in Palm Springs six years ago, Chavkin devoted himself thoroughly to his architectural muse and began racking up numerous commissions for his unequaled approach to capturing the spirit and artistry of these homes. Chavkin acknowledges that it wasn’t a seamless transition — when he was doing portraiture, he used available, natural light. When he became serious about photographing architecture, he realized he had to use a combination of artificial and natural light, something he hadn’t practiced since art school. Another challenge — and the photographer’s curse — is the extensive use of glass in midcentury architecture. “Reflections,” he laughs, “are a terrible enemy to deal with.”

Although Chavkin has kept track of the number of homes he has photographed, he has not lost any of the enthusiasm he felt when he first turned his lens on these homes. “I think they become living sculptures, and it’s exciting to get into another house that I haven’t been into,” he says. “It’s like, ‘Oh, here’s a Cody home I haven’t been in. What’s it going to be like?’”

The photographer says that what appeals to him most is “the pure geometry of the architecture and the absolute attention to detail … and how incredibly thoughtful [the architects] were because they knew how light reacts. As the sun moves from east to west, [they knew] how it would affect different parts of the house throughout the day.” Detail of Moorish arch in the bedroom of the Thomas B. Davis house. The Fontenell. Each of the seven units had its own kitchen.