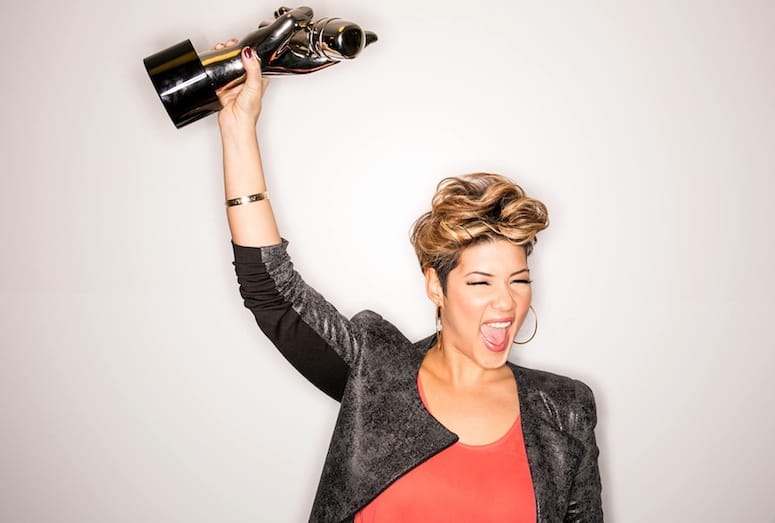 Tessanne Chin is no stranger to music, touring with famous acts and performing on stage.

The Jamaican recording artist has worked with the likes of Patti Labelle, Peabo Bryson, and Gladys Knight. She has toured with celebrated fellow Jamaican reggae musician, Jimmy Cliff.

Yet Chin, known for her powerful voice, has had a life-changing year. Since her dramatic win of Season 5 of NBC’s singing competition show, The Voice, Chin has been busy working with different musicians including former Voice Coach Adam Levine as an advisor, recording her solo debut album, and traveling the country with The Voice Tour.

She was also invited to the White House to meet President Barack Obama and First Lady Michelle for “an awesome experience which I will treasure the rest of my life,” she says.

“At my core I am a simple person with big dreams,” she adds. “But also, I have simple dreams. I want to have a farm, grow food, and have animals. I would like to have lots of little babies running around. First and foremost, I am a woman.”

Chin will be showcase some of her own songs as a member of The Voice Tour coming July 26 to Fantasy Springs Resort Casino in Indio. Palm Springs Life had the opportunity to speak with Chin about her experience on The Voice, her new debut album, and her trip to the desert.

Since winning The Voice, what’s the biggest thing that’s changed in your life and your career?
She laughs, “I have no time to sit down and mope on the couch any more. It’s been a wonderful journey. We've been going non-stop, recording, touring. I’ve been tremendously blessed with opportunity.”

Are you still in touch with your coach, Adam Levine?
“Yes, we chat on email. He’s just a great guy. He’s been very supportive and a genuine person. He gave me feedback on the album, advice on direction, and who I should work with.”

Your first major album as a solo artist, Count On My Love, came out July 1. How would you characterize the music?
“I’m just so excited. I’m excited to share and work with the writers and producers of the album to present it to the world. I think (the songs) are like me. A mixture of different things, ballads, and reggae. For me, there is something for everybody and this defines who I am as a person – someone who doesn’t want to be put in a box.”

Who or what inspired your album?
“The whole journey has been such an inspiration. The evolution for me, in terms of singing and song writing, has expanded my wings as an artist. I’m so excited. I’ve waited a very long time for this. My core fans have waited and I’m inspired by them to do my best. I want to thank everybody who comes out and supports us. We can’t do this without their support and givin’ us such love. We would have nothing without the fans.”