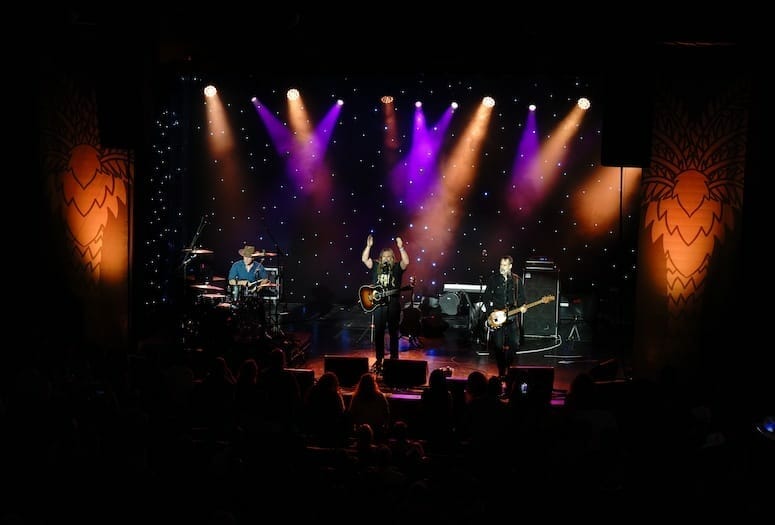 Jake Smith encourages the Oasis Music Festival audience to keep up with him and The White Buffalo during the May 14 show at Plaza Theatre Palm Springs.
PHOTOGRAPHY BY YASIN CHAUDHRY

“We were gonna do a ballad,” Jake Smith mused, early in his set at Palm Springs’ historic Plaza Theatre. “But fuck that. Let’s rip it up.”

The musician stayed true to his word with a show chock-full of rock 'n’ roll antics — picture a man with a guitar cracking beers, leaping on the drum stand, and flipping a glorious head of shoulder-length gray hair.

Smith, better known as The White Buffalo, taught himself guitar and began penning songs in his late teens. Now in his 40s, Smith counts a number of spots on TV and movie soundtracks and an Emmy nod among his achievements. The White Buffalo’s appearance at the Oasis Music Festival marks his first show in the United States after a multi-week European tour. 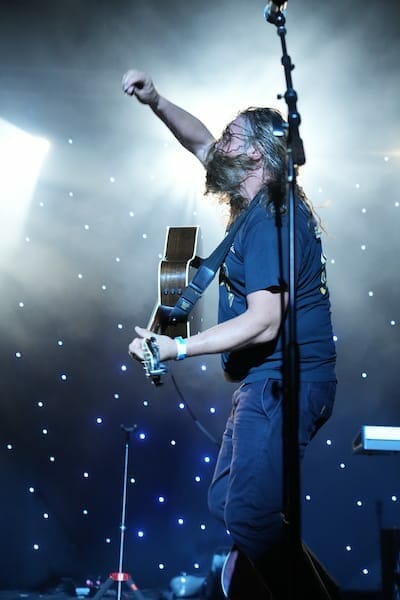 Joined by Matt “The Machine” Lynott on drums and Christopher Hoffee on bass, keys, and backup vocals, Smith treated fans — many of whom arrived sporting White Buffalo tee shirts — to selections from his 10 studio albums and extended plays, singing favorites like the somber “Oh Darlin’ What Have I Done” in his signature baritone growl.

The show eventually edged into softer territory. “This one goes out to all you lovers out there,” Smith murmured into the mic. Several couples exchanged a kiss or pressed closer as the band played the opening notes to “Love Song #1.”

Attendees even got to hear a handful of ballads. Smith’s prowess as a storyteller shone through on several cinematic tracks, including “Come Join the Murder,” which Smith recorded with the Forest Rangers for the final episode of FX drama Sons of Anarchy.

The band dialed up the energy again with their final tracks. Smith closed a three-song encore with fast-paced torch tune “How the West Was Won.” As he launched into the chorus, the crowd gathered at the foot of the stage raised their hands to the sky and rocked along. 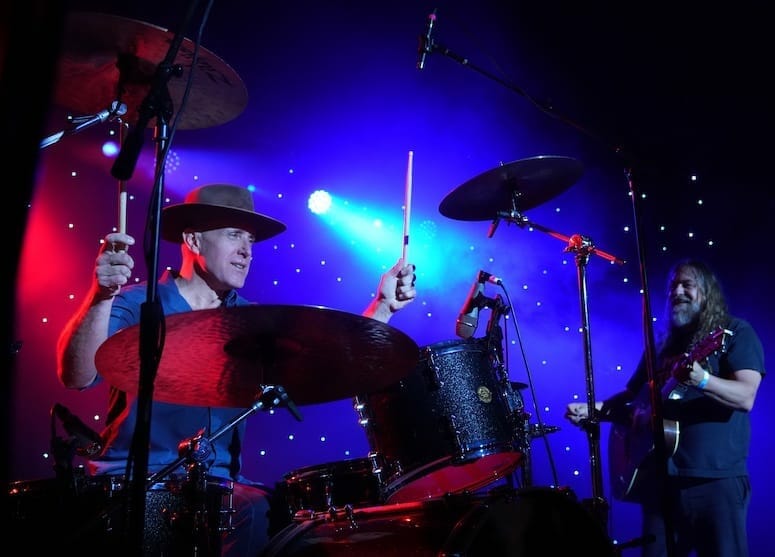 Drummer Matt “The Machine” Lynott and Jake Smith crank up the music during The White Buffalo set May 14 in Palm Springs.

Highlights at other Oasis Festival venues include DJ Alf Alpha at Trio Restaurant, multi-instrumentalist Mikole Kaar at the Palm Canyon Roadhouse, and local musicians Avenida and Eevaan Tré at the Margaritaville Resort.