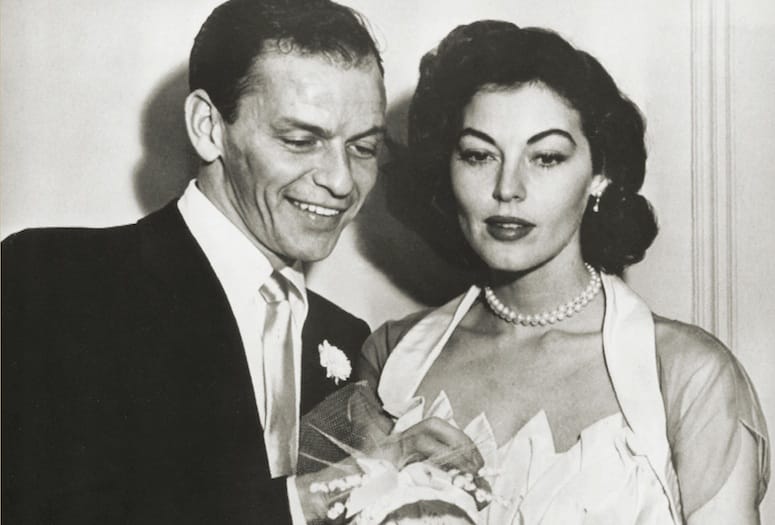 Despite being an award-winning actress and a top box-office draw during her heyday, Ava Gardner often generated more attention for her tumultuous personal life than her film roles. A bona-fide Hollywood legend for her unparalleled good looks (she was famously touted by MGM as “the world’s most beautiful animal”), Gardner lived up to the fanciful billing with an active social life that included a torrid romance with Howard Hughes and headline-grabbing marriages to Mickey Rooney and Frank Sinatra.

In their gorgeously illustrated biography, Ava: A Life in Movies, authors Kendra Bean and Anthony Uzarowski balance the scales by giving the star her due as both an actor and cultural figure.

PSL: Today it seems that Ava is best known for her volatile private life. Do you feel it unfairly overshadows some fine performances she gave as an actress?

Kendra Bean: When people think of Ava Gardner today, they think of her as Frank Sinatra’s sex-symbol wife; someone who lived in the fast lane and burned her candle at both ends. But she was also an Oscar-nominated film star who appeared in 70 movies and TV shows, and who worked with some of the greatest leading men and directors of Hollywood’s Golden Age. Of course, her personal life was a large part of her star image, but I think that we do a disservice to her by solely focusing on her personal exploits and ignoring the work she put in throughout her career. 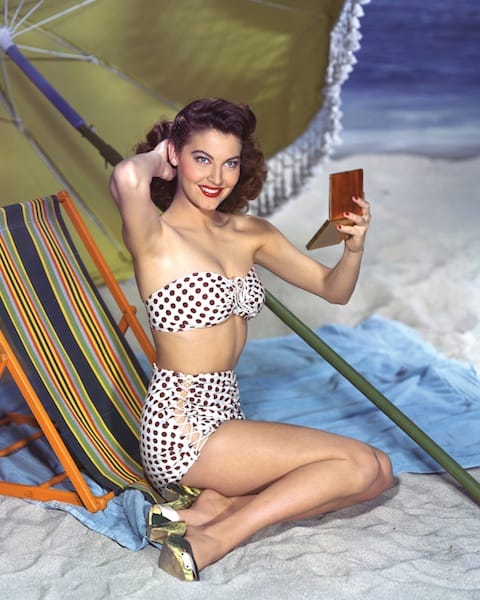 Ava Gardner was an Oscar-nominated film star who appeared in 70 movies and TV show.

Anthony Uzarowski: I think that Ava is not alone in that sense. Other female stars of her generation, such as Marilyn Monroe and Elizabeth Taylor, share this fate. I think that their personal lives and images had such a tremendous impact on public imagination that their work, however brilliant, often gets lost. In the old days people might have watched an Ava Gardner film at the cinema once every couple of years, but details of her personal life appeared in newspapers and magazines almost daily. I think Ava’s legacy as a talented screen actress is being rediscovered, thanks to TCM [Turner Classic Movies] and the online community of film lovers. It’s very encouraging to see how many young people fall in love with Ava through her films, through her performances, rather than through stories of her personal life.

PSL: Her romance with Frank Sinatra remains one of the most fabled in Hollywood history. Why do you think the public is still fascinated by the two of them as a couple?

KB: They were two gorgeous famous people who loved hard and fought harder. Frank wrote songs about Ava. I think there was intense passion there, which a lot of people feel attracted to and perhaps nostalgic for, even though it really wasn’t a healthy relationship.

AU: Whenever two great stars come together, the public is entranced. Sinatra remains one of the great voices of the 20th century, and the fact that he became so obsessed with this free-spirited movie star, known as the most beautiful woman in the world — it is a great love story. They were in many ways the original power couple, the first to fight publicly as hard as they loved — something that Richard Burton and Elizabeth Taylor became notorious for a decade later. But I think this idea of not being able to live together anymore than being able to stay apart is a very powerful one.

“I think that their personal lives and images had such a tremendous impact on public imagination that their work, however brilliant, often gets lost.”Anthony Uzarowski

PSL: What are some stories associated with Ava and Palm Springs?

AU: Frank famously owned a house in Palm Springs, and during his marriage to Ava, they spent a lot of time there, mainly entertaining their famous friends. Twin Palms, as the house is known, was also a witness to some infamous brawls. The most publicised one involved another Hollywood luminary, Ava’s good friend and Frank’s former lover, Lana Turner. Although Lana was merely a witness to a heated fight between the Sinatras, which involved Ava throwing all of Frank’s possessions out of the front door, the press had a field day creating all sorts of stories out of the incident, including that Frank caught Ava and Lana in bed, a story which later greatly amused Ava. It was certainly the pinnacle of the public spectacle that was dubbed “the battling Sinatras” and Palm Springs was the setting for it. The house is said to still bear scars of the legendary battles, including a dint in a sink, where Frank smashed a champagne bottle.

For more information on the book, visit facebook.com/avagardneralifeinmovies.