The Zombies to Chat, Perform Hits at Palm Springs Appearance 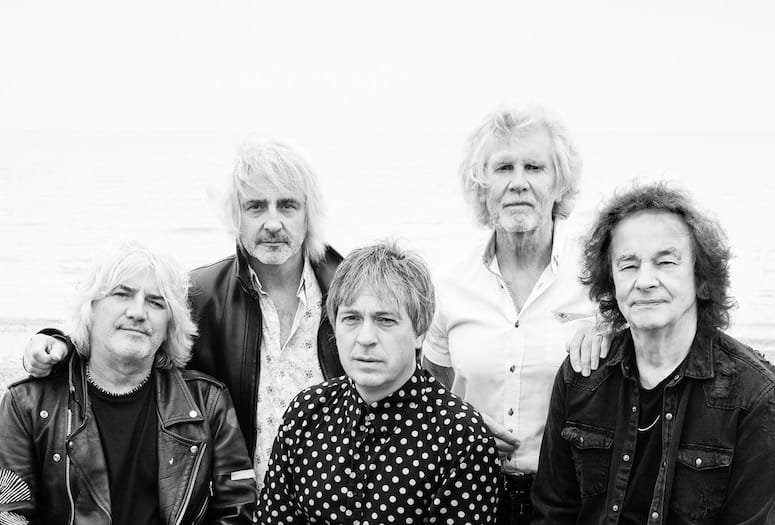 Two members of The Zombies will chat about their 5-decade music career and perform Sept. 21 at The Ace Hotel & Swim Club in Palm Springs.
PHOTOGRAPHS COURTESY ACE HOTEL & SWIM CLUB

There are times when Rod Argent still has to pinch himself. How, after more than five decades, can the legendary keyboardist of The Zombies, still be enjoying stage time with his musical colleague/vocalist Colin Blunstone?

To be sure, The Zombies were a fiery force in the 1960s. Chart-topping tunes such as “She’s Not There,” “Tell Her No,” and “Time of the Season” were more than just melodic — they provoked thought. So huge was their impact that Rolling Stone Magazine ranked their 1968 album “Odessey and Oracle” No. 100 on its list of the 500 Greatest Albums of All Time.

Argent would go on to become a significant writer and record producer. He may soon open up more about that factoid with valley audiences. The duo from The Zombies take the stage for music and conversation Sept. 21 at The Commune at Ace Hotel & Swim Club in Palm Springs. The event begins with an onstage conversation about the fellas’ lives and careers, hosted by The Trap Set’s Joe Wong. An acoustic performance of the group’s classic, often hypnotic, songs follows.

Argent reveals other nuances that brightened his creative path.

Always been a young fan base for your work, even now.

Yes. We played to people of all ages, but there was always a young component. “She’s Not There” was the third song I had ever written. The thought that we could still speak and relate to people in their late teens and early 20s, along with all the other ages, and that they are still relating to what they were hearing — especially stuff that we created 50 years ago — is hugely gratifying. The fact that it has lasted this long, is unexpected, and it continues growing. The royalties from those early songs are as good as they’ve ever been. The audiences are increasing all the time. 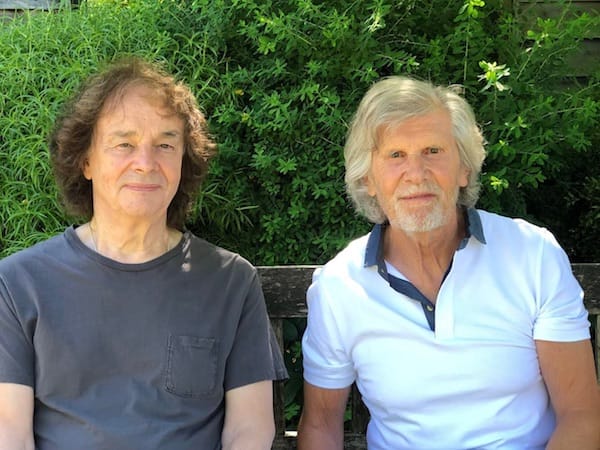 Colin Blunstone (left) and Rod Argent split on liking the name of the band, The Zombies.

Can you share what the inspiration behind “Time of the Season?”

It’s hard to remember exactly. It was written during the Summer of Love. For the first time, a young population felt that they could express themselves and make a statement, and make a bit of a difference. That was very significant. We couldn’t help but be affected by the feeling that was going on around there. “Time of the Season” had a bit of that feeling.

How about the group’s name? The Zombies. What was its genesis?

At that time, there were bands forming and they almost always had the same name. I think for two weeks we were The Sundowners. A dozen other bands were called The Sundowners, too. [Paul Arnold] left the band and eventually become a doctor in Canada. He suggested The Zombies. In those days, there were no zombie movies. Night of the Living Dead hadn’t come out yet. But I knew what a zombie was. I knew it had something to with Haiti, and voodoo, and it was sort of remote and exotic to me.

And so it came to pass.

Colin hated the name. He didn’t know what a zombie was. It felt to me, that if you were lucky enough for people to get to know who you are, then the name just becomes associated with you. When you think about The Beatles, very few people think of insects crawling around. For that reason alone, it sounded slightly exotic, slightly remote, slightly romantic, in an odd sort of way.

You have witnessed the world, and music, in general, shift dramatically over the years. But these songs are timeless, don’t you think?

That’s very kind of you to say so. When we started out, the only way you could make something work on record was to create something that had a great structure, and really worked in a musical form intrinsically. These days, you could just pick a sample of a drum loop and throw an instrumental phrase over that, and suddenly it sounds like you have a record. Back then, there was absolutely no way of doing that. You had to construct the thing from the bottom up. Play all the drum parts. You really had to make everything work together. You had to do something that sparked and worked together. The song that you were creating had to be really strong. That is really missing now and in my mind, it makes things sound a bit more artificial and less soulful. I think that’s the huge difference.

What is one of the biggest things you’ve learned about yourself by following the musical path?

That you have to have the ability to apply yourself and see something through — until the end. In spite of all my faults and failings, I think that that sort of application has helped me keep a career since I was 18 years old. I’ve been able to involve myself in every sphere of that — from production to writing scores, and teaching. In some ways, I feel a self-teaching can be more valuable than anything else, because you learn things from the bottom up — from trial and error. And that’s a very important thing.