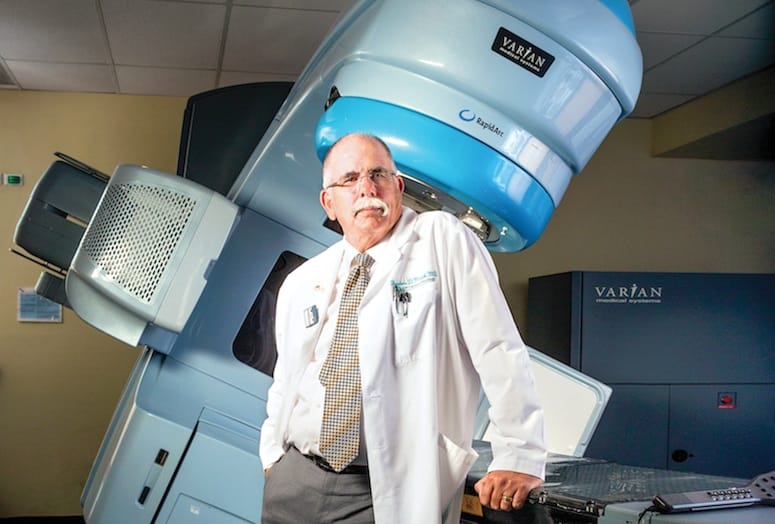 a man and his machine

Radiation oncologist Dr. Theodore D. Masek loves many of aspects of his profession, which combines time spent in the clinic and operating room with physics and radiobiology planning, but his favorite part of the job is a no-brainer. “I’m actually curing patients,” says Masek, medical director with 21st Century Oncology in Palm Desert. “Not that many fields in medicine actually cure patients.”

Case in point: One of the treatments Masek offers is stereotactic body radiotherapy, which uses image-guided technology to accurately target tumors and deliver higher doses of radiation treatment while sparing the patient’s healthy tissues. This treatment literally can mean the difference between life and death for those with inoperable tumors or with tumors in areas such as the liver or lung, which could be surgically risky, as well as for the elderly, who may not tolerate surgery well. 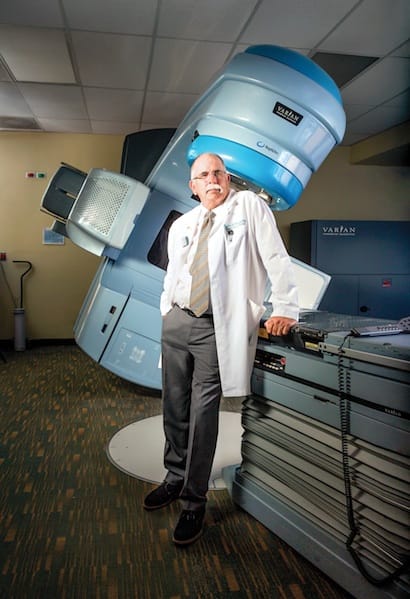 “Lung cancer has been the most rewarding,” Masek shares. “Five years ago, if a patient with early-stage lung cancer couldn’t have surgery, we only had a 5 percent survival rate. With stereotactic treatment, that’s now a 75 percent chance in early-stage patients.”

His clinic also treats a variety of other cancers including brain, pancreas, skin, and prostate. “We do a really good job treating early-stage prostate cancer in appropriately selected patients with permanent seed implants,” Masek says. That therapy involves placing radioactive seeds in the prostate using ultrasound guidance while the patient is under anesthesia. The treatment’s low side-effect profile has been a draw for those with prostate cancer, as has Masek’s experience with the therapy, which he’s performed more than 2,000 times.

“I’ve been doing it for 20 years,” he says.  “I’ve done more seed implants than anybody in California.”

VIDEO: Dr. Theodore D. Masek talks about his journey to practicing in the valley.