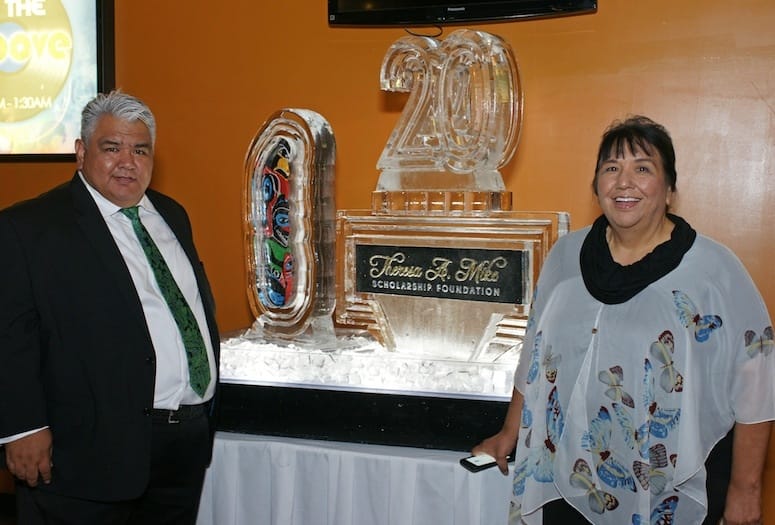 Robert Paull, community affairs director at Spotlight 29 Casino, with Theresa A. Mike, secretary, founder, and board member of the Theresa A. Mike Scholarship Foundation.
PHOTO BY GREGG FELSEN

The Theresa A. Mike Scholarship Foundation successfully raised more than $100,000 in scholarships for Native American students both locally and across the U.S. from its 20th annual fundraiser and fashion show June 10.

The goal was made possible by the commitment and support of the Twenty-Nine Palms Band of Mission Indians of California, Spotlight 29 Casino staff, countless fashion model volunteers, and most importantly the donors who believe that education makes a difference to both the individual and their community. Patty Daly Caruso served as host for the fundraiser for the 20th straight year.

The Twenty-Nine Palms Band of Mission Indians of California began the Theresa A. Mike Scholarship Foundation in 1998 to honor the memory of Dean and Theresa Mike’s daughter. The mission is to enhance the education of Native Americans, and other deserving students, in reaching their goals and extend outreach to their communities.