Right place, right time. When a fellow employee charged with conducting red carpet interviews for a Los Angeles-based media company fell ill, Therese Lee became the replacement who became the permanent solution. Despite not having a car for transportation, she took the bus and began a journey that changed her perspective on life in a way Lee never expected.

It also motivated her to develop her upcoming show, “Riding The Bus To The Red Carpet,” which highlights the hilarious and emotional rollercoasters she endured while working the red carpet.

Desert audiences will have a chance to see her on Dec. 19 at the Arthur Newman Theater inside the Joslyn Center in Palm Desert. The show is part of the Les Michaels Cabaret on Sunday series with shows scheduled through May 2022.

Directed by Jeff Harnar with the help of musical director Doug Peck, this upcoming cabaret show highlights her interactions with well-known stars such as George Clooney and Robin Williams in a hilarious and emotional display. 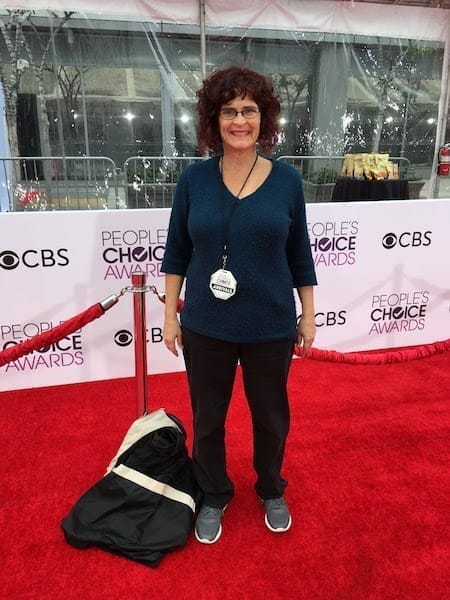 Therese Lee arrives to work the red carpet at the People's Choice Awards.

Lee began her performing career at a young age, and was always interested in theatre and singing. Trained at UCLA with a degree in vocal performance, she spent her 20s performing in musical theatres while struggling to make a living. After landing the marketing job that introduced her to live reporting, Lee became quickly educated in the world of red carpets, bus routes, and individualistic treatment of top personalities.

Lee dives in further with Palm Springs Life on some of her favorite and most memorable interactions during this time period.

How did you get your start in conducting these interviews?

One night my boss said we don’t have any reporters for this one gig, and asked if I could cover that for him. I've been a performer all my life, I thought how hard could this be? And it was incredible. It was a very exciting experience that you [will] never forget.

How did you grab the attention of these celebrities?

You have to be a little assertive because everyone wants a piece of them. It depends on the event. The big awards shows — those were harder because there were so many crews and they didn’t come down to where I was. Sometimes they were easier. I interviewed Robin Williams for his movie, Robots. My boss told me he would get there early and talk to every single reporter waiting. And he did. I was way at the end [of the red carpet], and he made sure to give everyone a little something.

How was the Red Carpet environment?

Sometimes it could get very loud, but photographers were at the top and then the film crews were next, then reporters. It depends, you always knew something was happening because they [the photographers] would start to roar. When Brad Pitt and Angelina Jolie showed up at one event unexpectedly… It was just crazy. 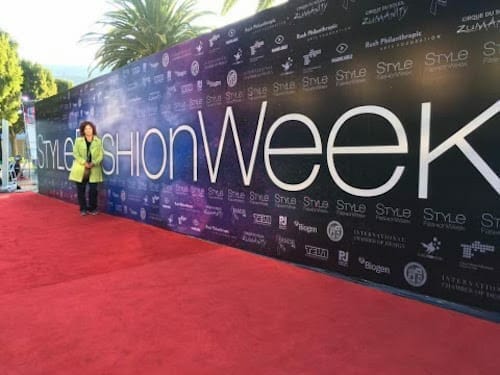 What was an average day like for you going to these interviews?

I rode the bus for a long time. There were a few years where I had a car accident and I lost my car. I was still working for that marketing company, but everything had slowed down. I got let go from that marketing job, but they kept me on as a reporter for the interviews. He’d call me randomly and ask me to do this gig. I’d just hop on the bus from Venice Beach down to wherever the interview was. The buses in LA are not designed great for this… It was crowded and exhausting.

Would you say there was a difference in people’s demeanors when going from everyday people to celebrities?

That’s the thing I noticed the most. Fame to me seems to be very isolating. I always tried to treat them like everyday people. Some people were nice and some people weren’t. I interviewed Kris Kristofferson. He said my hands were cold, and told me I should take care of myself. They’re just people, too. I kind of just started to see it as sometimes glamorous but in the end everyone’s just trying to do their job... It doesn’t take away from being a person.

When did you start working on “Riding The Bus To The Red Carpet”?

I started working on this show 2 years ago. I was telling my director, Jeff Harnar, about my experience on the red carpet and he joked that it sounded like a show. So we started writing it after we found a musical director (Doug Peck). Then, March [2020] happened. We had the whole pandemic to write this thing. We had been given the gift of time. We just took the time and worked on it.

What's your favorite part of the show?

There’s a point where I get kind of personal. At first, I just talk about the funny and stupid mistakes I make. Then I talk about meeting George Clooney. That’s when I realized how isolating it could be, being a celebrity, because they (the reporters) weren’t listening to anything he was saying. They were so mesmerized.  I tried thinking beyond the “you’re so famous” thing, and they (the celebrities) understood that. That’s my favorite part.