Things to Do in Greater Palm Springs: Music Month April 2019 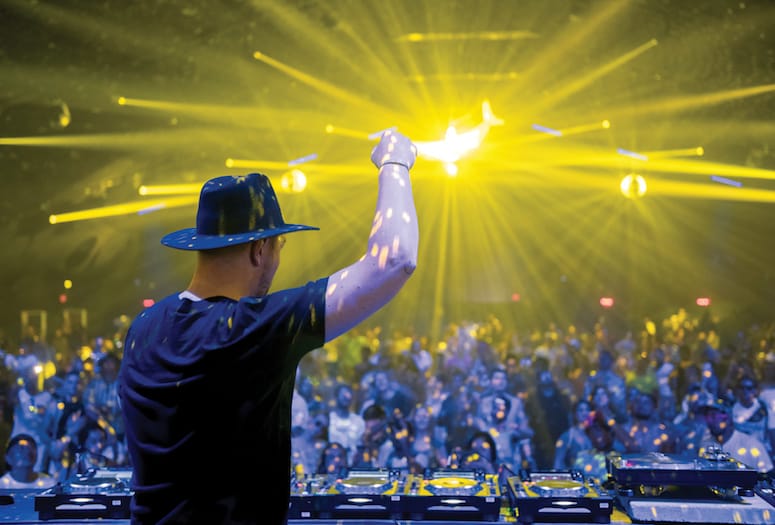 Indian Wells kicks off a month of music with the Garden Jam Music Festival at the Tennis Garden, and jazz musician Brian Culbertson has a tip or two for ticketholders: “Make sure you’ve got your sunscreen, your hats … [and] drink plenty of water. The last thing you want to do is pass out before the night’s over.”

In addition to Culbertson, this sun-drenched stage will feature Jimmie Vaughan, Los Lobos, Lucie Silvas, and adolescent guitar wunderkind Toby Lee. Garden Jam’s heavy-hitting headliners are seven-time Grammy winner Buddy Guy and Lukas Nelson & Promise of the Real, whom fans of A Star Is Born will recognize as Bradley Cooper’s backing band in the 2018 Oscar-winning film.

Though fledgling, Garden Jam is arguably the most comfortable festival on the desert circuit this April — for less than half the price of a Coachella ticket, attendees can nab table seats a stone’s throw from the stage, and the relaxed Lifestyle Village offers gourmet eats and libations, plus fine art, music, and shopping.

This isn’t to say that Garden Jam lacks in the energy that makes these outdoor events so fun. “We’re definitely [keeping] it upbeat and funky,” Culbertson promises. “It’s going to be pretty slammin’.” - Amelia Rodriguez 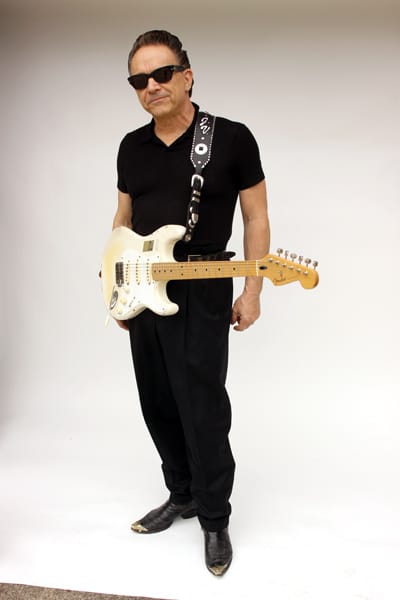 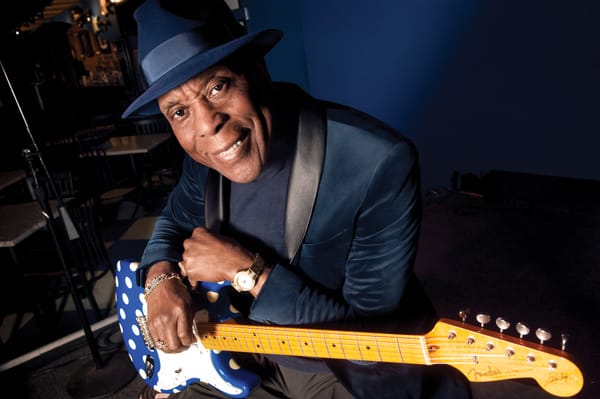 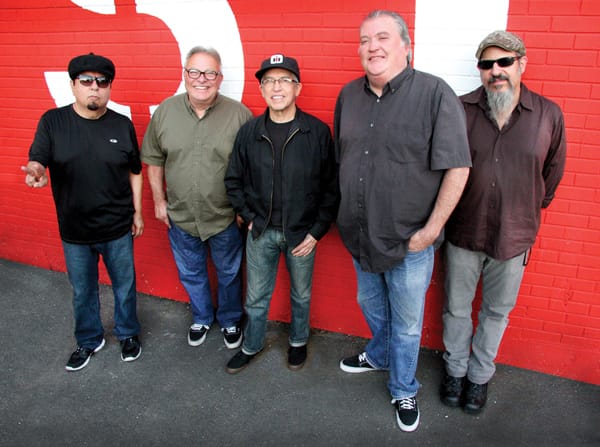 Attention anyone who’s exhausted the majority of Netflix’s documentary category: Scoop up tickets now for this fantastic fest, which brings more than 170 films to the Camelot, Helene Galen, and Indian Wells theaters in Palm Springs and Palm Desert.

Palm Springs Art Museum hosts this exhibition with a focus on artistic transformation presented by the local nonprofit Artists Council.

One of the five major championships of professional women’s golf takes place at the Dinah Shore Tournament Course at Mission Hills Country Club in Rancho Mirage. Make sure you’re out of the splash zone when the winner is crowned — tradition dictates that she’ll celebrate by jumping into the pond adjacent to the 18th green. 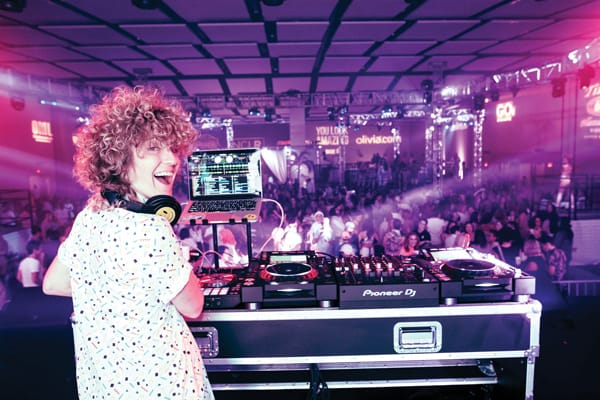 PHOTO COURTESY OF CLUBSKIRTS' THE DINAH

The Dinah is the largest lesbian event in the world celebrating with both music and comedy.

Founded in 1991, this Palm Springs music festival and “girl party” is considered the largest lesbian event in the world. Get ready to sing along with headliner Daya, and don’t forget your swimsuit for the famous (and fabulous) Dinah pool parties.

Boxer and TV star Tony Danza proved his singing chops with a 1999 appearance in the Broadway revival of The Iceman Cometh. He presents standards and stories at the McCallum Theatre in Palm Desert.

Michael Carbonaro’s professional magic shows paid his way through NYU and led to segments on The Tonight Show and Comedy Central, plus his own TruTV series, The Carbonaro Effect. His illusions make a live appearance at Agua Caliente Casino Resort Spa Rancho Mirage.

In this Broadway sensation, brothers attempt to write Elizabethan England’s first musical and prove that Shakespeare isn’t the only bard worth boasting about. The onstage antics unfold at the McCallum.

This Desert Theatreworks production at the Indio Performing Arts Center follows two straight male roommates who fake a marriage to fend off the IRS.

A recently widowed schoolteacher tentatively makes her way toward a new love story with her neighbor in this earnest production by Dezart Performs. See it at Palm Springs’ Pearl McManus Theater.

See the Palm Canyon Theatre’s take on the Tony-winning musical, a story of love and intrigue in the Roaring ’20s at a luxurious Berlin hotel.

'Disney fans, prepare for the ultimate singalong: Lea Salonga, the voice of beloved animated princesses Jasmine and Mulan, belts it out at Morongo Casino, Resort & Spa in Cabazon.

Jazz and R&B artists serenade audiences at The Westin Mission Hills Golf Resort & Spa in Rancho Mirage. Consider scooping up a VIP pass, which includes a meet-and-greet with the musicians, plus gourmet appetizers and drinks. On April 6, up-and-coming saxophonist Grace Kelly and an all-star cast of smooth jazz artists will perform at 7 p.m. at the Masters' Plaza. Emmy winner John Tesh will entertain at 7 p.m. April 10 at the resort's Ambassador Ballroom

These two New Yorkers have dominated the R&B scene together (the Grammy-nominated duet “Always on Time”) and apart (Ja Rule has six Top 10 albums, while Ashanti shares world records with The Beatles). Experience their chart-toppers live at Fantasy Springs Resort Casino in Indio. 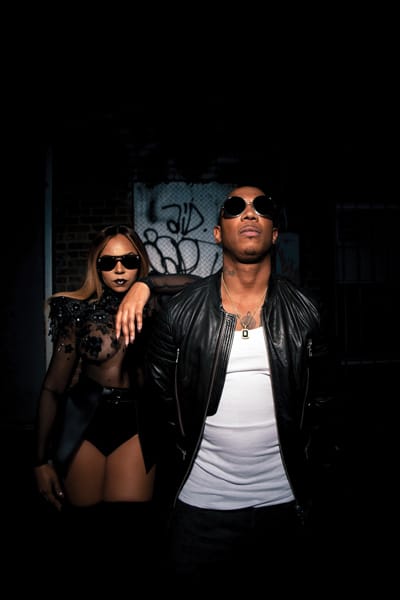 Join around 5,000 fellow aria-lovers for this free outdoor concert showcasing the real classics at Sunrise Park in Palm Springs.

Contemporary Christian artist Chapman holds 58 Gospel Music Association Dove Awards and is an outspoken advocate for adoption. Join him at the McCallum for a night of spiritual songs.

Swim and resort wear take center stage at this three-day style extravaganza that transforms the Riviera Palm Springs pool into a runway.

The Grammy-winning jazz trumpeter has collaborated with such stars as Lady Gaga, John Mayer, and the desert’s beloved Frank Sinatra. Hear his soulful sound at the McCallum.

Childish Gambino, Tame Impala, and Ariana Grande top the lineup at this year’s iteration of the world’s sunniest music fest. Be sure to carve out some time to check out a few new bands, too.

Vivacious ranchera singer Francisca Viveros Barradas (better known by her stage name, which translates to “Paquita from the hood”) sings her girl-power tunes at Spotlight 29 Casino.

See if slow and steady truly wins the race at this Living Desert event in which the Easter bunny takes on a real-life desert tortoise for a folk-tale rematch.

An all-star cast that includes Lucie Arnaz and Doctor Who’s John Barrowman (who happens to be a local!) delivers a night of Broadway classics at the McCallum.

International nonprofit Dining Out for Life organizes fundraising events in conjunction with regional restaurants to raise money for HIV/AIDS research and services. Grab a delicious meal at one of more than 70 participating restaurants to support local charity Desert AIDS Project.

Palm Springs’ Palm Canyon Theatre puts on this affecting dramatization of Anne Frank’s years hiding from Nazis with her family in an Amsterdam attic.

Known for 10 years of comic commentary on his Comedy Central show, Tosh.O, this controversial funnyman is among the top-earning comedians in the world. Hear his punchlines in person at Agua Caliente Casino Resort Spa Rancho Mirage. 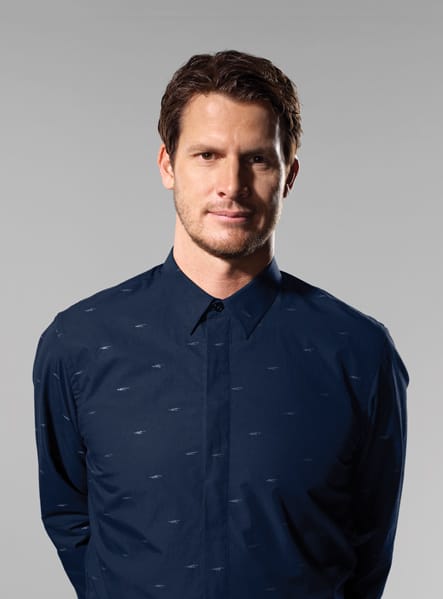 Palm Springs Gay Men’s Chorus joined 20 U.S. choruses to commission a narrative musical work that details the struggles and successes of the 1969 Stonewall Riots. Hear the choral commission, as well as songs honoring suffragettes and civil rights activists, at the Annenberg Theater in Palm Springs.

Three decades ago, Jeffrey Sanker and 500 of his dearest friends threw three hoppin’ hotel parties over one hot weekend in downtown Palm Springs. The event, eventually dubbed White Party, has since grown to welcome tens of thousands of revelers to the area annually for splashy pool festivities, dances, and appearances by celebrity singers and DJs.

Maestro John Mario conducts four former Jersey Boys stars in this celebration of the American Radio Songbook at the McCallum Theatre. Expect a jolly joyride through the doo-wop, Motown, and rock ’n’ roll hits of the 1950s to ’70s.