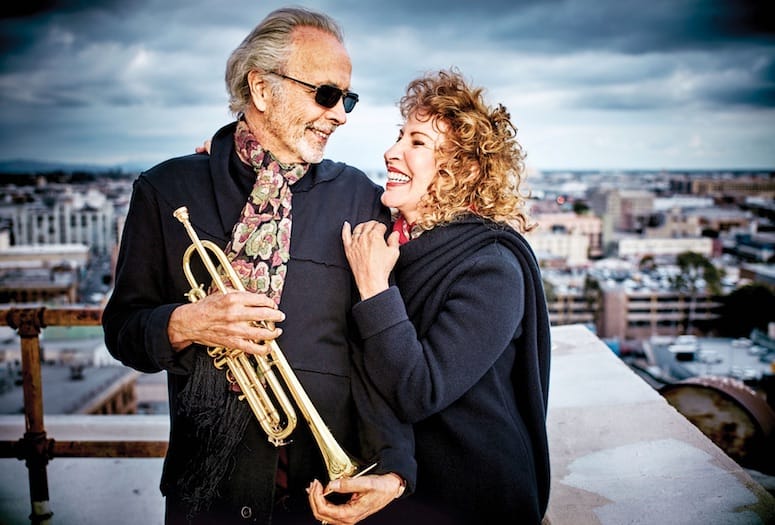 Steven Fales is finishing up a five-month Coachella Valley residency at Hotel Zoso with its “Storytelling Tuesdays” series. The one-man show tells the story of what happened to Fales and his gay brothers and sisters in the Mormon Church at the turn of the millennium. mormonboyexperience.com

This 5-week run at Aqua California Bistro features the musical, The Fantasticks starring Broadway’s Sal Misretta and Ben Reece with a cast of alumni from Musical Theatre University in Rancho Mirage. acquaranchomirage.com

Kelly Gray and Scott Jansen discuss fasting and fashion highlighting Gary and others who has had success of Fast. Eat. Live program Limited seating at Grayse on El Paseo, RSVP.
palmspringslife.com

More than 200 artists sling paintings, sculptures, pottery, glassware, and more at this Coachella Valley-favorite festival at the Empire Polo Club in Indio. fb.com/southwestartsfestival

The Catwalk Celebrity Fashion Show Luncheon at Toscana Country Club in Indian Wells is part of the charity work actor Patrick Warburton is doing on behalf of St. Jude, which is leading the way the world understands, treats and defeats childhood cancer and other life-threatening diseases. The luncheon will feature fashions by Saks Fifth Avenue in Palm Desert, modeled by Warburton and his celebrity friends. Cost per ticket is $200. palmspringslife.com 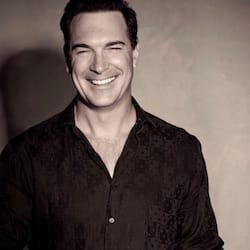 Bennett's music spans six decades abd has earned the 93-year-old 19 Grammy awards. His latest recording, with long-time friend and musical collaborator Diana Krall, Love Is Here to Stay, topped the jazz charts upon its 2018 debut and was nominated for a Grammy Award. fantasyspringsresort.com

With over 10 million albums sold, 98 Degrees has returned to the stage with their dynamic choreographed routines and popular four-part melodies. ormed in 1997 by band members Jeff Timmons, Justin Jeffre, and Nick and Drew Lachey, 98 Degrees quickly achieved international stardom alongside other boy band heartthrobs *NSYNC and the Backstreet Boys. fantasyspringsresort.com

It’s a woman’s world at this short-film festival at Palm Springs High School’s Richards Center for the Arts. All the movies featured — which range in style from brief but powerful documentaries to colorful animated films — were written and directed by women and center on the experiences of women and girls. Plus, festival proceeds benefit local gal-centric nonprofits. lunafestpalmsprings.com

Now in its 22nd year, the Gardens on El Paseo’s charity concert series has drummed up more than $1 million for local nonprofits with eats, sips, and songs on the lawn in front of Sak’s Fifth Avenue in  Palm Desert. This month’s show features classic rock outfit JSK Band and benefits the Bighorn Golf Club Charities. thegardensonelpaseo.com

Renée Taylor is an Oscar-nominated screenwriter and an actress known for playing Fran Fine’s mother Sylvia in The Nanny. She’s also an avid collector of celebrity diet tips (and anecdotes), a passion she shares with McCallum Theatre audiences in her show My Life on a Diet. mccallumtheatre.com 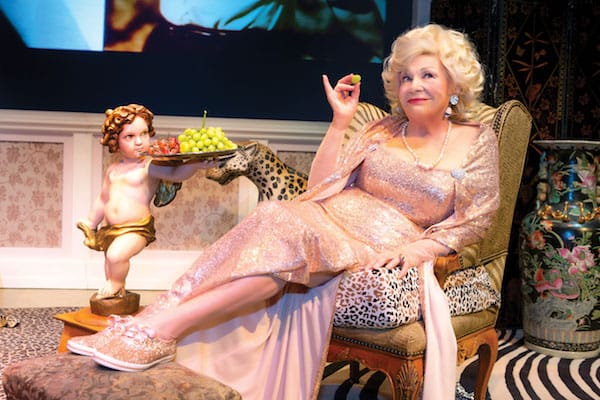 René Taylor in My Life on a Diet.

Winter never really comes to the Coachella Valley — but that doesn’t mean the Coachella Valley Symphony won’t blow ticketholders at the Annenberg Theatre away with a medley of tracks from Game of Thrones. There’re also songs from Aladdin, plus some Beethoven for good measure. psmuseum.org

JW Marriott Desert Springs Resort & Spa and PBI Tennis are partnering with the Desert Ability Center (DAC) for a 1-up, 1-down tennis tournament, bringing together local adaptive athletes, and other tennis enthusiasts. The event is free and open to the public. desertabilitycenter.org

Sunnylands is giving the public free access to the historic Annenberg estate to see the 30-foot cedar totem pole that stands on the estate's golf course. palmspringslife.com

Ahead of her Palm Springs appearance, "Dynasty" star Joan Collins reveals her fave spot to grab a drink in town and whether she’s seen the show’s reboot. palmspringslife.com

Big Rock Golf & Pub at Indian Springs is hosting Rock the Ride, the official kick-off party for the Palm Springs Cruisin’ Association’s annual Dr. George Charity Car Show. The event runs from noon to 4 p.m., with donations benefiting Desert Cancer Foundation. More than 200 classic, hot rod and special interest cars will be parked along the 18th green on display. Inside Big Rock Pub, there will be live music, food and more. The event is open to the public and free to attend, but a donation of $20 to Desert Cancer Foundation provides a wristband for all day Happier Hour.
palmspringslife.com 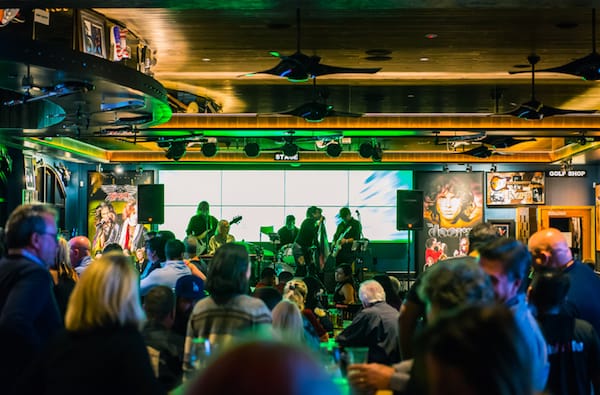 Music, food, and 200 classic, hot rod, and special interest cars to be had at Big Rock Pub.

Those Musclebound Cowboys From Snake Pit Gulch / Jan. 17–Feb. 9
Desert Rose Playhouse in Rancho Mirage lassoes in Coachella Valley audiences with this cheeky, modern take on the American western, in which an east coast detective disguises himself as a woman for an investigation and finds himself fighting crime — and falling in love — in the all-men gold rush town of Snake Pit Gulch. desertroseplayhouse.org