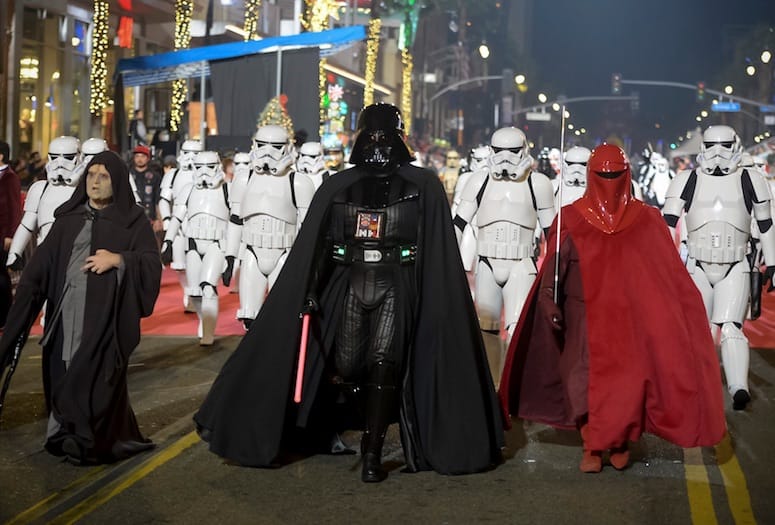 Steven Fales is launching a five-month residency at Hotel Zoso with its “Storytelling Tuesdays” series. Previews begin Sept. 10, leading up to a lavish opening night event Oct. 22. The one-man show tells the story of what happened to Fales and his gay brothers and sisters in the Mormon Church at the turn of the millennium. mormonboyexperience.com

Every Friday, Saturday and Sunday through Dec. 13, a different high school choir performs holiday favorites at the Palm Springs Aerial Tramway’s Mountain Station. Show times are 5 and 7 p.m. on the Pines Café Stage with food and beverage service. pstramway.com

With striking street art and a row of galleries that covers several blocks, renowned shopping street El Paseo is just as much an aesthete’s paradise as it is a fashionista’s. Visit more than 15 galleries and attend exhibition openings and artist receptions during the monthly art walk. elpaseoartwalk.com

Russian composer Pyotr Illyich Tchaikovsky catapulted T.A. Hoffman’s tale The Nutcracker and the Mouse King to international fame with his 1892 ballet, which reaches new heights at the McCallum Theatre thanks to the over-the-top set design, costumes, and puppets incorporated by the Moscow Ballet. mccallumtheatre.com 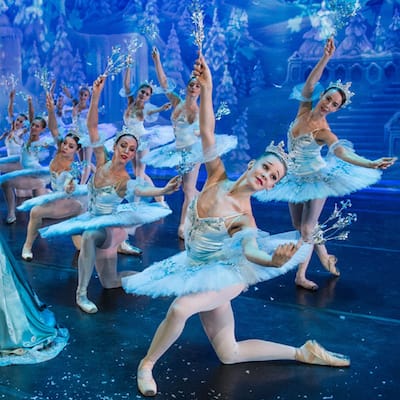 • READ NEXT: Foodies, Check Out Our Preview of This Progressive Dinner.

This conference at the La Quinta Resort & Club champions the work and perspectives of female movers, shakers, and changemakers with three days of social and networking events; workshops; and, naturally, TED talks. tedwomen2019.ted.com

Have a ball at this tennis tournament at Omni Rancho Las Palmas Resort & Spa in Rancho Mirage. Women’s and mixed doubles games are available, and the company behind the play implements a unique method of sorting teams into brackets in order to accommodate players of all skill levels and ensure fair games. racquetwar.com

This Nashville-based band is something of a low-key supergroup — its five members are among the best songwriters working in country music today. Independently, they’ve penned hits for boot-scootin’ superstars including Kenny Chesney, The Band Perry, and Blake Shelton. Hear their catalogue of country classics — plus plenty of Old Dominion–exclusives, including fan-favorite single “Break Up With Him” — at Fantasy Springs Resort Casino. fantasyspringsresort.com 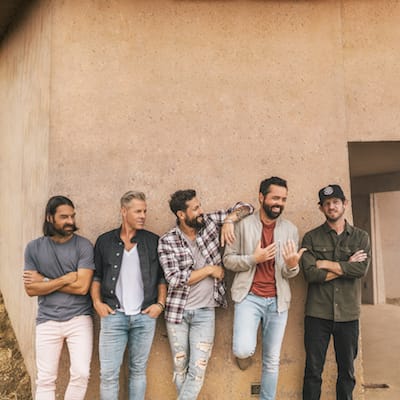 Jazz up your holiday season at the Westin Mission Hills Golf Resort & Spa in Rancho Mirage where saxophonists Jessy J. (whose velvety sax styling has appeared on songs by The Temptations and Michael Bolton), Paul Taylor, and Michael Paulo perform danceable Yuletide tunes and other groovy jazz pieces. groovesatthewestin.com

Community instrumentalists are the key players in this free concert at the River in Rancho Mirage. Musicians from across the Coachella Valley and beyond gather to bring seasonal songs to life on brass instruments like tubas and euphoniums. fb.com/rmtubas

Mexicans have been chowing down on tamales since before Spaniards arrived in the Americas. Nowadays, more than 100,000 locals and visitors celebrate the delicious corn-based delight at this annual festival in Old Town Indio, which features live entertainment, shopping, and, of course, tons of tamales, with filling options ranging from expertly seasoned pork to pumpkin. tamalefestival.net

Fans of the 2009 party flick The Hangover will recognize this goofy comedy group as film’s raunchy wedding singers. Nab tickets for their show at Spotlight 29 Casino to see more bawdy spoofs and side-splitting pop covers by lead singer Dan Finnerty and his band of merry men. spotlight29.com 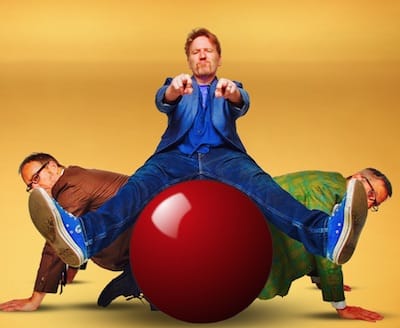 Fans of jazz musician Spencer Day have his roommate to thank for kickstarting the “Till You Come to Me” singer’s career. When his roomie overheard the then-20-year-old Day warbling in the shower, he encouraged him to take lessons, and a star was born. Hear Day live at the Annenberg Theater (where the acoustics are even better than in the average bathroom). psmuseum.org

Eating your veggies has never been so fun. The Coachella Valley’s only vegan food festival enters its second year, serving up mouthwatering plant-based bites, veg head vendors, and ace entertainment courtesy some of the desert’s best DJs at the UC Riverside campus in Palm Desert. desertvegfest.com

• READ NEXT: Chef Tanya's Kitchen Will Be Among the Fest Vendors.

• READ NEXT: The Festival of Lights Parade Began With 33 Entries and Took an Hour.

Usher in the season with style at the Palm Desert Civic Center Park with shopping, snacks, and kid-approved games and crafts. There are also chances to meet Santa and hear songs by 17-year-old America’s Got Talent semifinalist Makayla Phillips and local blues band The Bone Thumpers. ronnieshouseforhope.org

Now in its second year at the Ace Hotel & Swim Club in Palm Springs, Golden Grapes is aptly named, considering the festival’s dedication to highlighting the finest varietals coming out of the Golden State. “I wanted to do something to mark the change that’s happening in the wine industry, which is smaller producers making unique, terroir-driven wine. It’s a French word. It means ‘of the place,’” says co-founder Christine Soto. “The natural conclusion was to keep it local.” eventbrite.com

• READ NEXT: Discover Why This Wine Fest is Different. 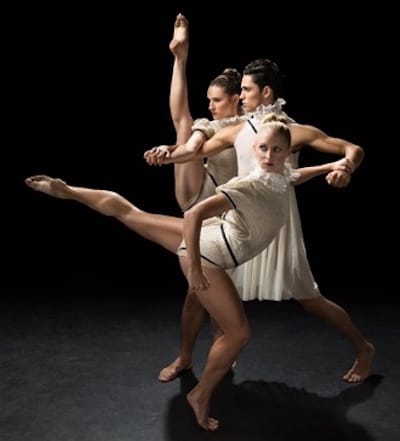 The professional and committed amateur singers who make up the California Desert Chorale join voices at the Indian Wells Theater for a night of music in which “all is calm, all is bright.” californiadesertchorale.org

If you’re big on Bocelli and dream of partying with Pavarotti, don’t miss this tuneful tournament, in which young amateur opera singers compete for scholarships — and the potential for stardom that comes with performing before the contest’s expert judges — at the Annenberg Theater in Palm Springs. palmspringsoperaguild.org

Jeffrey Siegel is a piano man with the gift of gab — he furnishes his catalog of melodic classics with commentary on the origins and importance of each song and its composer. His latest concert at the McCallum Theatre celebrates Slavic, Nordic, and German musical geniuses including Tchaikovsky, Stenhammar, and Brahms. mccallumtheatre.com

Best known as the vocalist behind “Just Around the Riverbend,” “Colors of the Wind,” and other enduring anthems from the Disney classic Pocahontas, Judy Kuhn has also starred in (and scored Tony nods for) musicals like The Mystery of Edwin Drood, Les Misérables, She Loves Me, and Fun Home. Hear her “sing with all the voices of the mountains” at the Annenberg Theater in Palm Springs. psmuseum.org

• Looking for More Things to Do? How About 50 in December.