Pickleball Nationals Head Things to Do in the Desert This Week 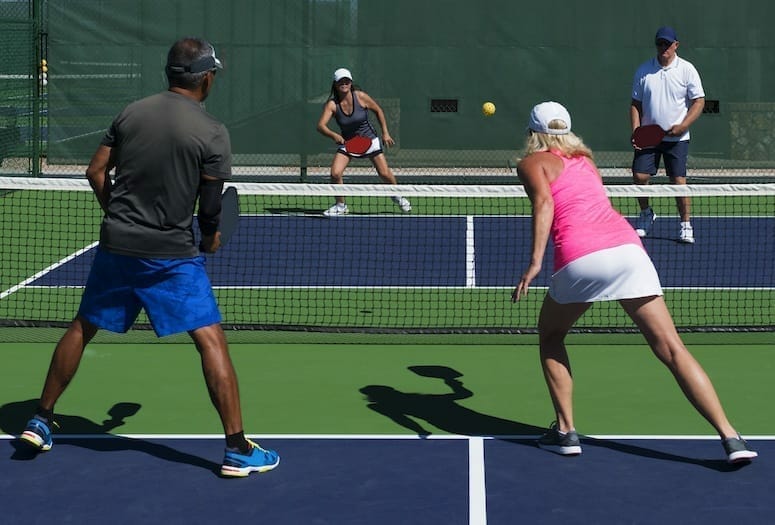 Raise funds for local nonprofit Well in the Desert while rocking out with the Jackson-Garret Band and other songsters at the Agua Caliente Casino in Rancho Mirage. Tickets include a buffet dinner.

He writes the songs that make the whole world sing — and he’s performing them at the McCallum Theatre in Palm Desert. Barry Manilow serenades audiences with his beloved tunes and some Christmas classics in four special holiday concerts. 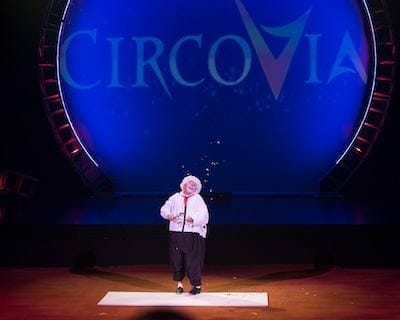 PHOTOGRAPH COURTESY CIRCOVIA
Performers travel through the air and push the limits with incredible acrobatic tricks with Circovia.

AN EVENING WITH ANGIE DICKINSON: DEC. 8

In her six decade career, actress Angie Dickinson has appeared in more than 50 films. She speaks on her film career and much more at Oscar's Café in Palm Springs.

Genre-bending jazz group Phat Cat Swinger takes the stage at Agua Caliente Casino in Palm Springs, playing spirited numbers by luminaries like Frank Sinatra and Elton John. You might recognize the nine-piece band from the background of Christina Aguilera’s 2009 music video for “Candyman.”

AN EVENING WITH LONI ANDERSON: Dec. 9

Loni Anderson busted stereotypes with her role on WKRP in Cincinnati, and how that independence served her well in her personal life including a marriage to the late Burt Reynolds.

THE HISTORY OF HI JOLLY AND THE GREAT CAMEL EXPERIMENT IN THE SOUTHWEST: DEC. 10

The cast of this visually stunning circus seems to be visiting from a world where gravity is a mere suggestion. See their death-defying acrobatics at Agua Caliente Resort Casino Spa Rancho Mirage.

Broadway heavy hitters, Alan Menken (Disney’s Beauty and the Beast, Disney’s The Little Mermaid, Little Shop of Horrors) and Lynn Ahrens (Ragtime, Seussical, Once on This Island), breathe fantastic new life into the classic tale of A Christmas Carol at Theatre 29 in Twenttynine Palms.

The Palm Springs Gay Men’s Chorus is back and ready to perform for its spectacular holiday show “Sparkle, Twinkle, Jingle!” at the Palm Springs Museum Annenberg Theater. The Chorus welcomes its new artistic director Jerry R. Soria-Foust, who will premiere his talents in their annual fun-filled holiday show.

Your pup has definitely been a good boy or girl this year, so take them to tell Santa. Dogs and cats get a sweet photo op with Mr. Claus at this charity event at The Gardens on El Paseo. Proceeds benefit the Bianca Rae Foundation, a nonprofit organization providing resources to youth and rescued pets.

Join us on the center lawn in front of Saks Fifth Avenue at The Gardens on El Paseo in Palm Desert for family holiday films + the sights of snowfall. Bring your own blankets and dress warm. This week's film is Elf starring Will Ferrell and the late Ed Asner. 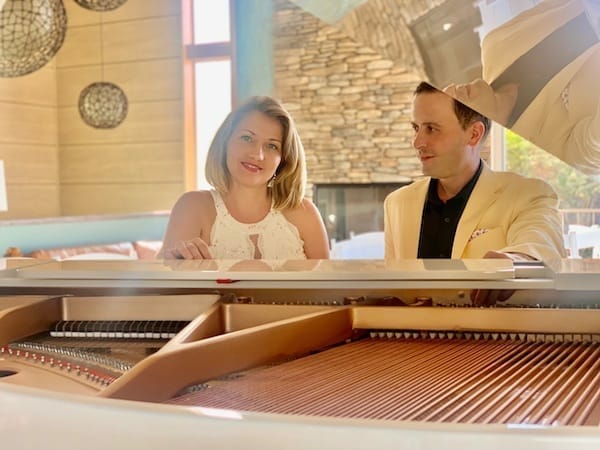 Raise funds to support patients with prostate cancer by participating in this virtual race. Runners and walkers craft their own course using the event’s app, which captures the live race experience with a real-time DJ broadcast and a chat room. zerocancer.org

The Palm Springs Cultural Center celebrates Frank Sinatra’s birthday with a classy bash featuring cocktails, hors d’oeuvres, an art exhibition, a Sinatra history lesson, and songs by Ol’ Blue Eyes. Stick around after the party to see a film starring the Sultan of Swoon.

The California Desert Chorale launches its 29th season with a free holiday concert, “Love, Light and Laughter,” sponsored in part by the City of Palm Desert on Dec 12 at 3 p.m. at Hope Lutheran Church in Palm Desert.

Author and photographic preservationist David Wills will be at Just Fabulous in Palm Springs for a special book signing celebrating the launch of Nat King Cole: Stardust – the first photography book ever published on the legendary entertainer.

• READ NEXT: Look for More Things to Do This Month in Greater Palm Springs.