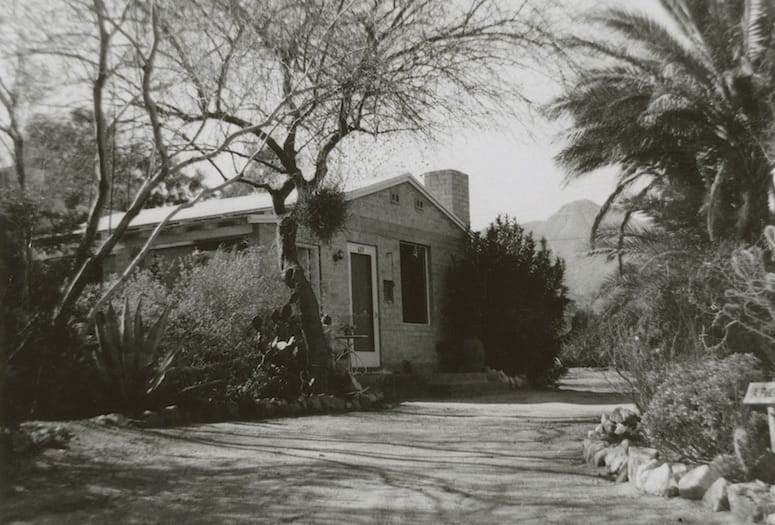 Learn about the the life and legacy of American Modernist painter, Agnes Lawrence Pelton, who formed an art colony in her quaint, Cathedral City Cove neighborhood in the 1930s.
PHOTOGRAPH COURTESY SIMEON DEN

The Mary Nutter Collegiate Classic is the nation’s largest and most prestigious preseason women’s college softball tourney, featuring more than 25 top Division I teams and this year Team USA. Team USA (Women’s Olympic softball team) will be a featured guest team playing against the very best collegiate softball teams in preparation for the Summer Olympics in Tokyo, Japan. marynutterclassic.com

Every February, design buffs flock to the desert for a valley-wide celebration (think: tours, lectures, parties, and more) of all things midcentury modern. There is also free and low-cost programming available. modernismweek.com

• VIDEO: Take a tour of the Gillman House. See our Facebook page. 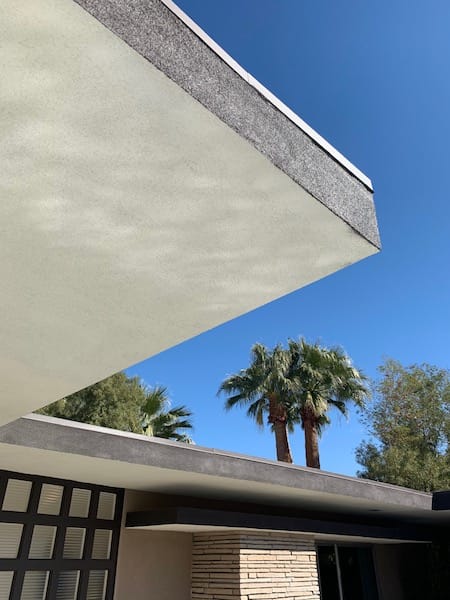 The Gillman House designed in 1948 by Herbert Burns.

Other than his own home, this is Albert Frey’s most intact residential work. It was commissioned by a prominent desert family at a time when little if anything had been built nearby. Since the early 1970s, it has been owned by a single family and thus, has quietly existed on its hilltop perch overlooking the desert floor, largely forgotten and rarely seen by the public. modernismweek.com

• READ NEXT: View the Interiors of the Cree House.

Run away with the circus, for two unforgettable hours of nonstop action, thrills, excitement and adventure. Circus Vargas presents their new 2020 production “Mr. V’s Big Top Dream!”, a tribute to the man himself, the late Mr. Vargas. circusvargas.com

Attend a very special car show reception and screening. The car show will feature more than 20 1950s-1960s vehicles from Great Autos of Yesteryear members. Enjoy a hosted cocktail party with passed hors d’oeuvres in front of the theatre amidst the cars. After that, pick up a boxed dinner at the café and proceed to the large theater for the screening of the epic comedy, It’s A Mad, Mad, Mad, Mad World, which was filmed in Palm Desert and premiered in 1963 with a huge all-star cast. tickets.modernismweek.com

The McCallum Theatre’s most popular act makes a much-anticipated return to the Palm Desert cultural outpost, singing of romance, delight, and devotion with their new show “Love Is in the Air.” mccallumtheatre.com 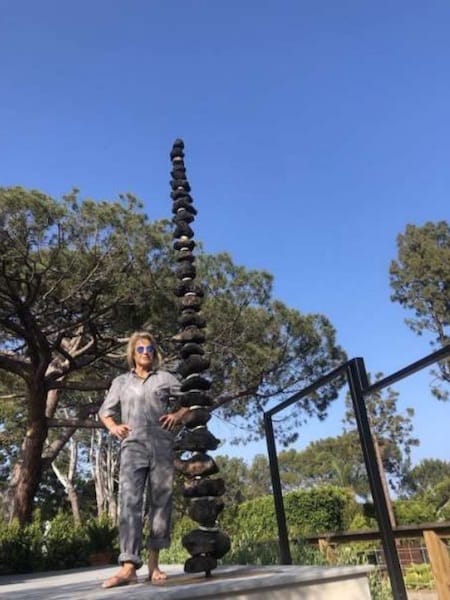 This show is presented by four famous performers that bring you their life as performers today and their great acts and then take back in time to when they started: Marcia Harp formerly of the Palm Springs Follies; Patrice Morris of the 5th Dimension; Jessica Parker formerly of The Platters, and Freddie Pool formerly The Ladies of the Supremes and currently The 3 Degrees. Shows at noon and 5 p.m. bettekingproductions.com

Come out to the Cabot’s Pueblo Museum in Desert Hot Springs for the10th Annual Mata Ortiz Pottery Exhibition and Sale, as part of the museum’s Cultural Weekend Series. Three Master Potters from Mata Ortiz, Mexico will showcase their skills. The event is free and open to the public. cabotsmuseum.org

Pierre Cardin, the legendary fashion designer known as much for his “cosmic” futurist designs as he is for his innovative licensing and branding concepts, will be honored with the 440th star on the City’s world-famous Walk of the Stars Palm Springs. palmspringswalkofstars.com 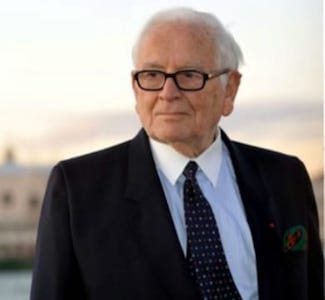 Fans of the King can’t help falling in love with Elvis tribute artist Danny Vernon. Head to Spotlight 29 Casino in Indio for a show that will make you say, “There’s good rockin’ tonight.” spotlight29.com

Blind musical virtuoso Ray Charles was a forefather of soul and, according to Frank Sinatra, “the only true genius in show business.” This celebratory show at Agua Caliente Casino in Rancho Mirage features Emmy and Grammy-winning artists performing some of Charles’ top tunes. aguacalientecasinos.com

“Run Baby Run” to Fantasy Springs Resort Casino for a hit-packed performance by Sheryl Crow. Crow backed Michael Jackson and Stevie Wonder and penned ditties for Celine Dion and Tina Turner before rising to fame with her debut album Tuesday Night Music Club (1993) and the fan favorite “All I Wanna Do.” fantasyspringsresort.com 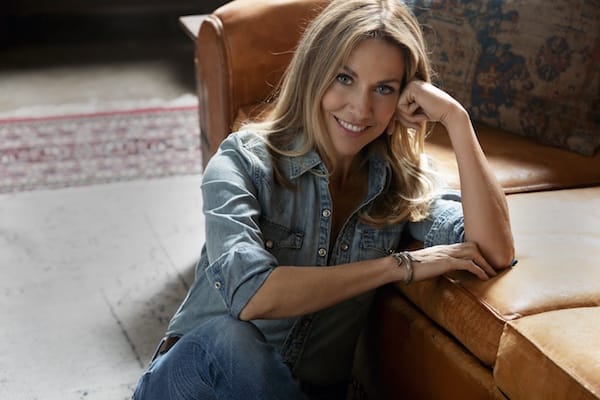 St. George Greek Orthodox Church in Palm Desert hosts this colorful fest celebrating all things Athenian. Get your mousaka and baklava fix before browsing the Greek art, souvenirs, and religious items on offer or breaking it down with the Greek folk dance performers. pdgreekfest.org

The annual Agnes Pelton House Museum Day is an open-house event to celebrate the life and legacy of American Modernist painter, Agnes Lawrence Pelton. This one-day-a-year event is an opportunity for the general public to visit and learn about her historic home, her paintings, and the paintings of her artist friends, who formed an art colony in her quaint, Cathedral City Cove neighborhood in the 1930s through the early ’60’s. agnespeltonsociety.com

Fans of Canadian rock band The Guess Who (whose first 1968 album was a double-sided, Coca Cola–advert LP dubbed A Wild Pair that could be purchased for the price of 10 Coke caps and a buck for shipping) will flock to the McCallum Theatre for an appearance by the group’s former lead singer. mccallumtheatre.com

Old Jews Telling Jokes / Through March 15
Get ready for an outrageous evening of one-liners, double-entendres and hysterical routines. Created by Peter Gethers and Daniel Okrent, Old Jews Telling Jokes showcases five actors in a comedy that pays tribute to and reinvents classic jokes of the past and present. palmspringslife.com

Rumors / Through March 1
Join Desert Theatreworks at the zany, mystery-packed anniversary party of the deputy mayor and his missing wife by Bronx-born playwright Neil Simon. dtworks.org

Imaging Change: History, Memory, and Social Justice / Through April 5
Inspired by Dawoud Bey’s moving photographic series honoring and remembering the six children who were murdered by white supremacists in Birmingham, Alabama, on Sep. 15, 1963, this exhibition at the Palm Springs Art Museum features artists whose photos engage with the past, the contemporary moment, and the need for a different future. psmuseum.org

Jim Isermann, Copy. Pattern. Repeat. / Through Sept. 27
Jim Isermann, a longtime Palm Springs resident, has over many years built an artistic practice that encompasses painting, drawing, sculpture, site-specific installation, and product design. Pattern, color, geometry, and repetition are the cornerstones and the generators of his work in all mediums. psmuseum.org