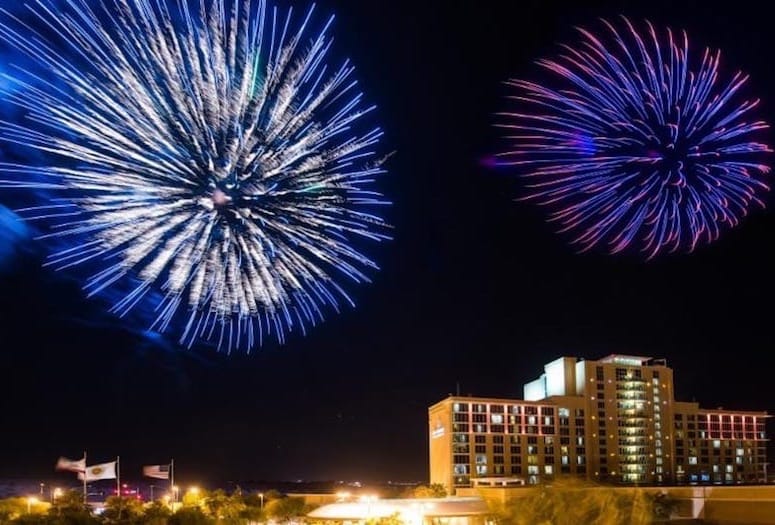 Skatelife, an exhibit at Art Pop across from the Arrive Hotel in Palm Springs, includes virtual reality (VR) videos, prints, and old school 3D, of professional and semi pro skateboarders. The exhibit is a celebration of each athlete’s creativity and talent, while demonstrating a progression of technology from 3D photographs to digital images to VR. cinerebelvr.com

Cue up “America the Beautiful” and don your red, white, and blue for an Independence Day celebration at Palm Desert’s Civic Center Park featuring food vendors, live music, and, of course, a spectacular fireworks show. cityofpalmdesert.org

The coolest way to watch Fourth of July fireworks in the desert: kicking back at the Palm Springs Swim Center. Work on your tan while the kiddos make a splash with games and inflatable slides. palmspringsca.gov

• See related story: Where to Celebrate 4th of July in the Desert.

• See related story: Read our Q&A with Ian Anderson and what to expect at the show.