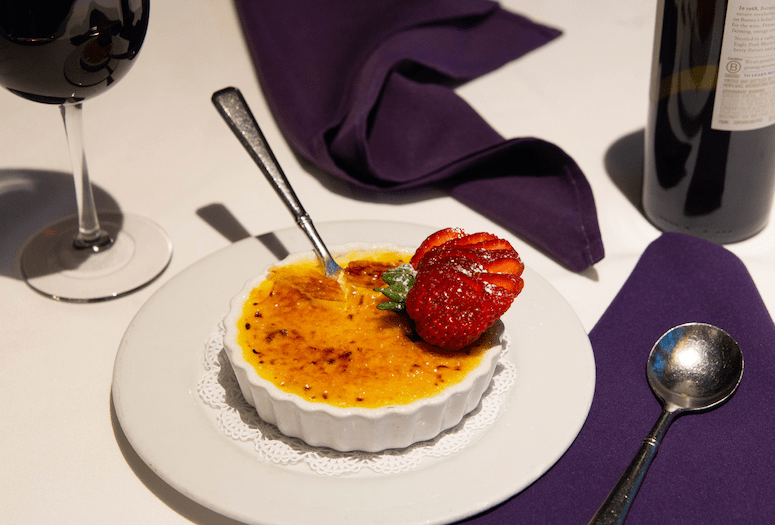 Enjoy this vanilla créme brûlée at Shame on the Moon during Taste of Summer Rancho Mirage.
PHOTOGRAPH BY COLBY TARSITANO

Moe Berg wore a mask as a major league catcher, a perfect cover for his role as a spy during World War II, as shown in this new documentary by award-winning writer-director-producer Aviva Kempner, The Spy Behind Home Plate. Screenings continue at Palm Desert 10 Cinemas. palmdesert.tristonecinemas.com

• Read our interview with Kemper about the film.

WATCH: RUTHLESS! THE MUSICAL / THROUGH JULY 15

Called “the stage mother of all musicals,” the Desert Rose Playhouse production of Ruthless! The Musical is over-the-top camp at its very best. desertroseplayhouse.org

• Read our review of the play.

The popular summer book-to-film series is back. Viewers are encouraged to read the books prior to each free screening. There will be a brief review and talk before the screening, followed by a discussion facilitated by Tod Goldberg, director of the UCR Palm Desert MFA program, cultural critic, and author of more than a dozen books. palmdesert.ucr.edu

Held at the JW Marriott Desert Springs Resort & Spa in Palm Desert, this international dance competition features pros, amateurs, and youth dancers battling it out for the top spot in more than 50 categories. desertclassicdancesport.com 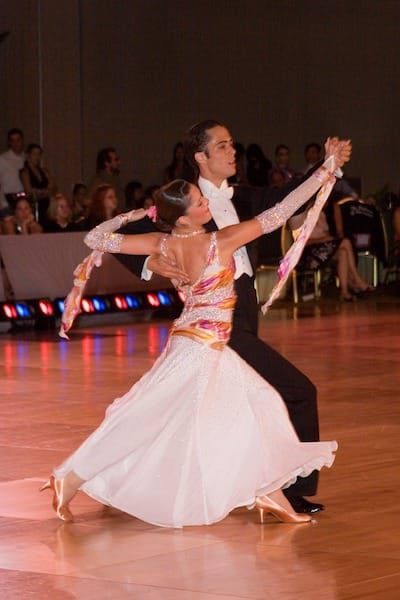 The fourth annual event is geared to feature summer specials at Rancho Mirage restaurants and resorts beginning with a kick-off party July 11 at Pirch and continuing through Aug. 18. To participate, purchase a $10 event wristband, which allows the wearer to participate in a number of $4 deals at participating restaurants. Proceeds go to local charities. tasteofsummerranchomirage.com

• See our story on one of the participating restaurants, Shame on the Moon.