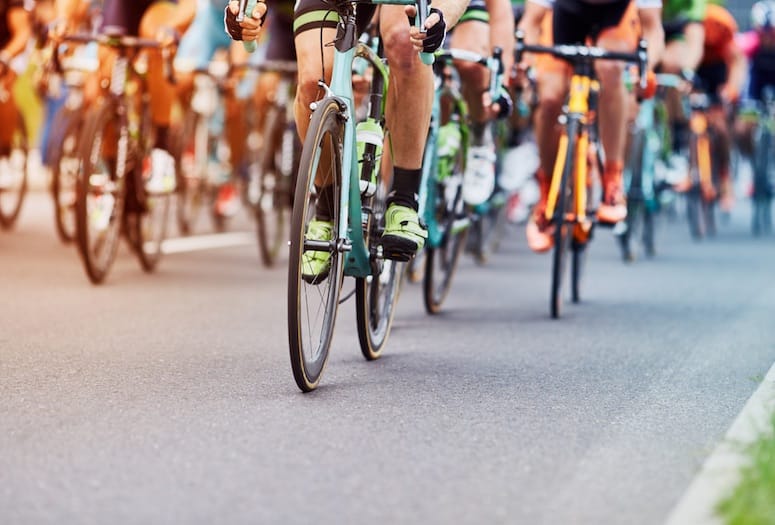 More than 8,000 cyclists will take over the streets of downtown Palm Springs this weekend.
PHOTOGRAPH BY GETTY IMAGES

Jeffrey Siegel is a piano man with the gift of gab — he furnishes his catalog of melodic classics with commentary on the origins and importance of each song and its composer. His latest concert at the McCallum Theatre celebrates some of music’s most beloved greats, including Brahms, Tchaikovsky, and Stenhammar. mccallumtheatre.com

With a voice that’s soared on Broadway stages as Shelley in Hairspray and Elphaba in Wicked, Shoshana Bean croons tunes from her Aretha Franklin and Frank Sinatra–inspired album Spectrum (2018) at the McCallum Theatre in Palm Desert. mccallumtheatre.com

Help keep our amazing trails safe and sustainable for all! Volunteer with the Friends of the Desert Mountains installing signs, repairing damage, and building new trails throughout the Coachella Valley. desertmountains.org 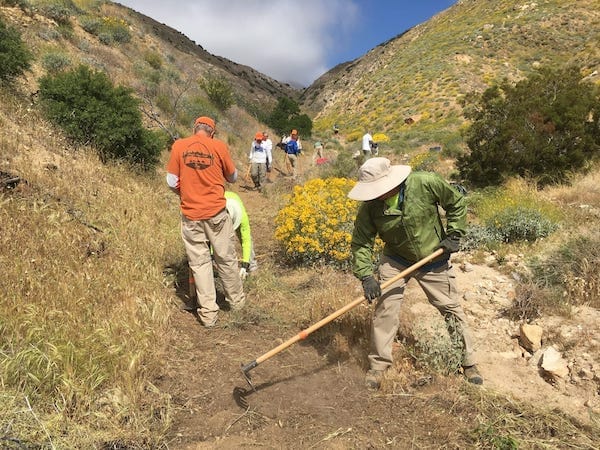 More than 1,000 athletes compete in individual and team events representing 24 states and Canada ranging in age from 55 to 90+. desertseniorgames.org

Celebrate the Chnese New Year with a fun workshop featuring favorite little Chinese dishes. Dim Sum is an interactive and time-honored tradition in the Chinese community, and you can learn some of the artistry of the culture along with simple, delicious recipes and the chance to roll up your sleeves and work in the kitchen. constantcontact.com

It’s undeniable that those spiky Joshua trees are some of the California desert’s most iconic flora. At the University of California, Riverside’s Palm Desert campus, speaker William West shares the history of the trees’ eponymous national park. palmdesert.ucr.e

Up to 10 of the Coachella Valley’s top bartenders will compete for the coveted championship, as well as the Audience Choice award starting at 5:30 p.m. at Moxie Palm Springs. Tickets include bites of food and tastes of all the competing cocktails. pscraftcocktails.com

The McCallum Theatre in Palm Desert presents this tribute to the sweet songs of sibling duo Karen and Richard Carpenter, including fan favorites “We’ve Only Just Begun” and “(They Long to Be) Close to You,” the latter of which nabbed a Grammy in 1970 despite contemporary critics’ now-heavily contested view of the pair’s music as too “bland” and “squeaky-clean.” mccallumtheatre.com

Alexandra Fuller is the author of several memoirs including Leaving Before the Rains Come and Cocktail Hour Under the Tree of Forgetfulness. Her new book, Travel Light, Move Fast, is the unforgettable story of her father. The author speaks at this free event, and the first 200 people will receive a free copy of her latest work. ranchomiragelibrary.evanced 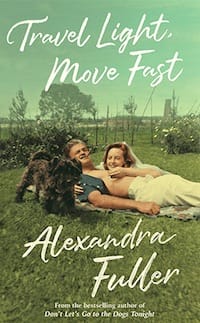 A groovy Eagles tribute group appears at Spotlight 29 Casino in a series aptly titled “The Next Best Thing.” Sing along to the record-busting ballads that made the band’s Greatest Hits (1971–1975) the No. 1 best-selling album of all time in America. spotlight29.com

One of the largest cycling charity events of its kind in America, Tour de Palm Springs has distributed nearly $4 million to over 150 local nonprofit organizations. Every year the event entertains between 6,000 to 10,000 cyclists from 46 different states including 4 countries. tourdepalmsprings.com

This stunning jukebox musical gives McCallum Theatre audiences the chance to journey alongside singer Carole King, from her teenage forays into Manhattan to sell her songs to the recording of her acclaimed album Tapestry (1971) and a solo performance at Carnegie Hall. mccallumtheatre.com 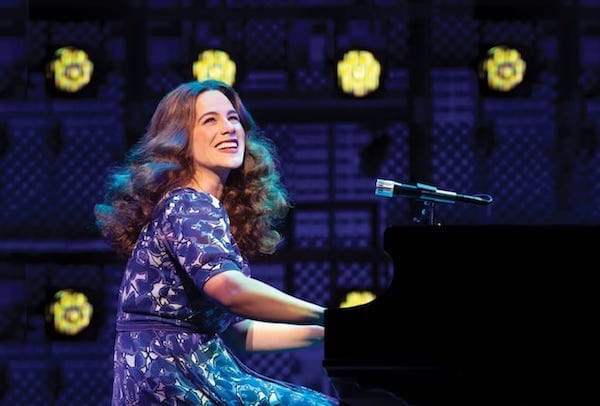 Beginning and ending at the Palm Desert Civic Center Park, the oldest half-marathon in the Coachella Valley offers a relay option, plus a low-key 5K for those seeking a shorter-distance race and a 1K for the kiddos. Make sure to stick around after the race for energy-restoring eats and some suds in the beer garden. palmdeserthalfmarathon.com

GROOVE: Concert Series on The Gardens on El Paseo / Feb. 8

The Gardens on El Paseo hosts the 22nd annual concert series every Saturday through March 15. The one-hour concerts take place on Saturday’s on the center lawn in front of Saks Fifth Avenue. Since the concerts inception, The Gardens has been able to help raise more than $1 million for those in need. thegardensonelpaseo.com 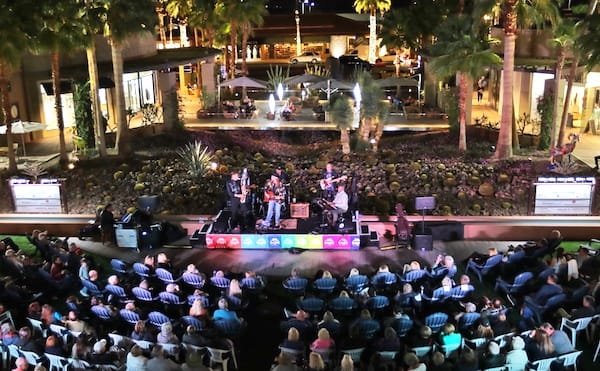 Take in an outdoor concert at The Gardens on El Paseo on Saturday evenings through March 15.

Those Musclebound Cowboys From Snake Pit Gulch / Jan. 17–Feb. 9
Desert Rose Playhouse in Rancho Mirage lassoes in audiences with this cheeky, modern take on the American western, in which an east coast detective disguises himself as a woman for an investigation and finds himself fighting crime — and falling in love — in the all-men gold rush town of Snake Pit Gulch. desertroseplayhouse.org

Old Jews Telling Jokes / Feb. 6 – March 15
Get ready for an outrageous evening of one-liners, double-entendres and hysterical routines. Created by Peter Gethers and Daniel Okrent, Old Jews Telling Jokes showcases five actors in a comedy that pays tribute to and reinvents classic jokes of the past and present. palmspringslife.com

Ballroom / Through Feb. 16
The Coachella Valley Repertory Theatre worked with Ballroom’s original authors to breathe new life — including three brand-new songs and several others that were previously cut before they reached the stage — into the 1976 Broadway musical about love at a dance hall. cvrep.org

Imaging Change: History, Memory, and Social Justice / Through April 5
Inspired by Dawoud Bey’s moving photographic series honoring and remembering the six children who were murdered by white supremacists in Birmingham, Alabama, on Sept. 15, 1963, this exhibition at the Palm Springs Art Museum features artists whose photos engage with the past, the contemporary moment, and the need for a different future. psmuseum.org