Things to Do This Weekend: Chris Isaak, Judy Tenuta 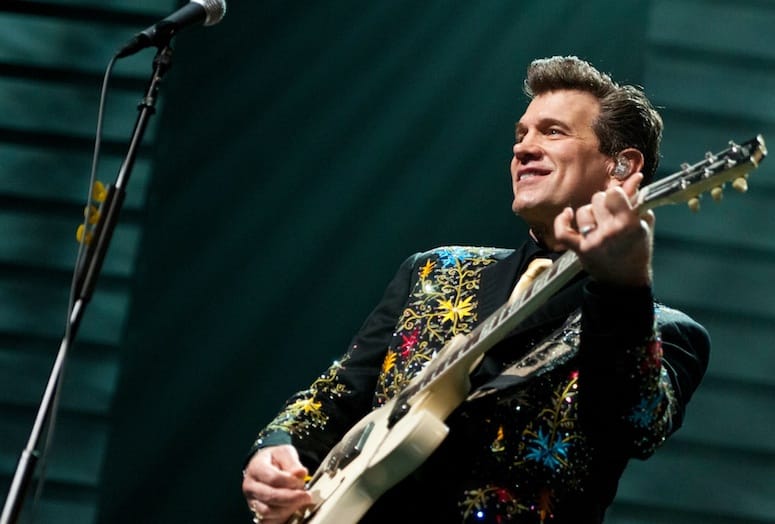 LIGHT SHOW
The Living Desert
Holiday lights numbering in the thousands transform the zoo to a holiday wonderland. Runs on select dates throughout the month. See our VIDEO featuring the Tunnel of Lights.

NEW YEAR'S EVE
Where to Celebrate 2014's arrival
The countdown to 2014 can be as simple as a nice dinner out to a full-fledged evening of food, entertainment and bubbly. Check out our suggestions in the Greater Palm Springs area.

TAKE A WALK
Palm Springs Walking Tours
Starting at the Palm Springs General Store on Palm Canyon Drive, go on a 70-minute walk led by a tour guide that touches on the mid-century modernism architectural influence plus Spanish Colonial Revival. MAKE ME LAUGH
Judy Tenuta
How can you forget Judy Tenuta (pictured at right) and her accordian. Her off-the-wall comedy comes to The Copa for a pair of nights, Dec. 27-28.

FILM
"They Will Never Forget"
A documentary and program by filmmaker George Ciampa to remember those who fought and died to liberate Europe in World War II Dec. 28 at the Palm Springs Air Museum.

LIVE MUSIC
Chris Isaak
After 25 years in the business, Chris Isaak came out with "Beyond the Sun" – the album he says he always wanted to make. Hear him Dec. 27 at the Agua Caliente Casino Resort Spa.

The Fabulous Follies
In January, Maureen McGovern will take over as guest star. Watch our VIDEO of founder Riff Markowitz reflect on this Palm Springs institution's 23-year run.

The Copa Palm Springs
The newest addition to the downtown Palm Springs nightclub scene has opened. Watch our VIDEO to gain a sneak peek of the club.

The Spinners
Hard to believe they have been performing for more than 50 years with such classics as "I'll Be Around", "Could It Be I"m Falling In Love" and "Games People Play". See them Dec. 28 at Spotlight 29 Casino in Coachella.